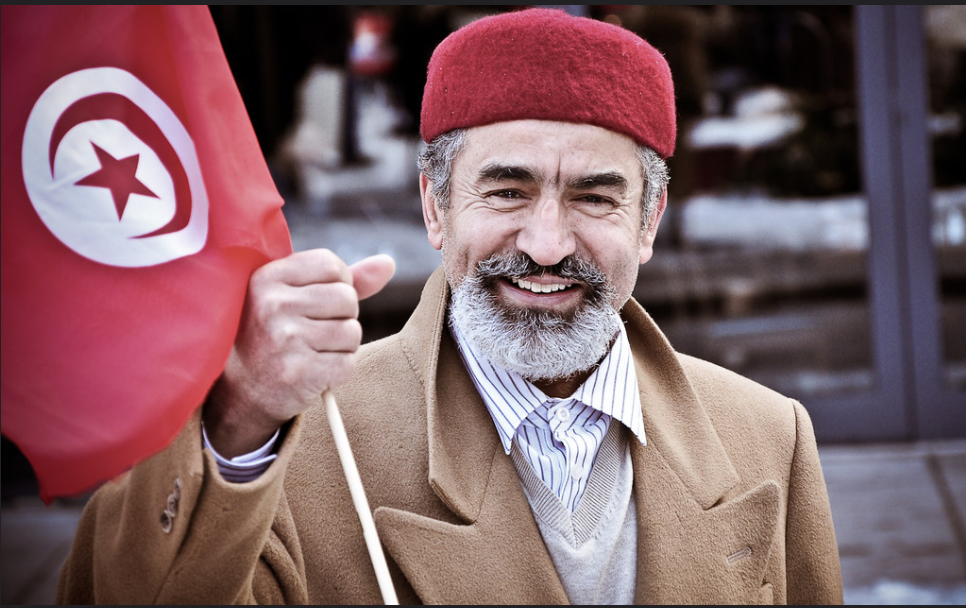 When a Maltese man could understand the Tunisian dialect more than Arabs do… Well, we have crafted this article to shed the light on some of the mind-blowing facts about the Tunisian Dialect of Arabic. Check it out!

Are you thinking of learning Tunisian Arabic and want to learn about the language before diving in?

Do you know some other related languages (like Middle Eastern Arabic, or Modern Standard Arabic, also referred to as MSA), and want to know more about how they compare with Tunisian Arabic?

Related Read: Learn Arabic in Tunisia: All What You Need to Know

Or are you just interested in the everyday-language of Tunisia?

We have decided to compile this list of interesting facts, figures, and resources as a one-stop shop to knowing everything about the spoken language of Tunisia. And, well, even native Tunisians will be surprised about these facts!

First of all… Is Tunisian Arabic a Language, a Dialect, or an Accent?

To get a sense of what we are about to mention for that question, the official language of Tunisia along of many other countries in the MENA region such as Lebanon, Qatar, Saudi Arabia and so on is simply “Arabic”. By this, they mean “Modern Standard Arabic”, also known as MSA.

Suggested Read: 10 Things I Wish I Know how to Explain to Tunisians

Officially, in Tunisia, Tunisian Arabic isn’t a “Language”. People speaking Arabic call it “Derja”, and will say that that is what you should learn. This word loosely translates to “Slang”.

When talking about Tunisian Arabic to Arabic instructors, sometimes they call it an “Accent’, using the word “Lahja”, which also translates to “Dialect”.

Well, now, let’s move to the fun part of this article, the mind-blowing facts about the Tunisian Arabic.

Tunisia and Malta have different degrees of cultural admixture, but it turns out the two Mediterranean countries are not just neighbors, they do speak the same language.

Ever heard that Maltese is descended from Tunisian Arabic? Yes, it is. Well, the Maltese language, Malta’s official language, originated in the 11th century when settlers arrived from North Africa, more specifically Tunis, and the neighboring island Sicily who at the time, spoke an Arabic dialect as a result of the Arab conquest of Sicily at the end of the 9th century.

The Maltese language then evolved from Siculo-Arabic, that is why it is linguistically classified as a branch of Arabic. It is the only dialect of Arabic written in the Latin alphabet, and is the only Semitic language that has official status in Europe

Although Tunisian and Maltese are not identical, and the average Tunisian will have a hard time understanding everything the average Maltese says and vice versa. However, Maltese is definitely the closest vernacular to Tunisian, and Tunisian is also certainly the closest spoken language to Maltese.

According to a recent research, conducted in 2016, Maltese and Tunisian Arabic have about 40–50% spoken mutual intelligibility.

Tunisian Arabic is mostly intelligible to speakers of other North African dialects but is quite challenging to understand or is unintelligible for speakers of Middle Eastern Arabic.

Algerians, Libyans, and a great majority of Moroccans would be able to understand Tunisian. However, the rest of the MENA region speakers would have a very hard time understanding what Tunisians are saying, yet, they find the dialect very amusing, and they enjoy listening to it.

We asked some of our followers on Instagram from other Arabic speaking countries, how do their perceive the Tunisian Arabic, and this is what we got:

My impression of Tunisian is that it is a really pleasant sounding dialect, with far too much tilt and some odd words which I keep forgetting. But I’ve not had a huge amount of exposure to it. To be honest, it just seems like Libyan to me but a bit more melodic and weirder words.

I find the Tunisian dialect kinda harder for me to understand compared to other dialects of Arabic. Actually all the three west African Arabic dialects are hard for me to get.

Though I love almost everything about them, I wouldn’t be able to communicate with them at all, if they didn’t understand Egyptian very well.

#3. Tunisian Arabic and French Have A Lot in Common

The was mainly due to the French colonialism of Tunisia that lasted over 75 years. What it is called the French protectorate of Tunisia, commonly referred to as simply French Tunisia, was established in 1881, and lasted until Tunisian independence in 1956.

During that period, Tunisians encountered the Standard French language. The new language affected Tunisian Arabic considerably, as new loanwords, meanings and structures were drawn from French. The unintelligibility of Tunisian to Middle Eastern Arabic speakers was worsened.

Here is a testimonial from a French woman who visited Tunisia last summer:

I recently stayed with a family in Tunisia and was surprised by the usage of French and Arabic. Before going there I was under the impression that everyone spoke a dialect of Arabic (Tunisian) and the more educated were also able to speak French. However as it turns out most of the people I met spoke a mixture of the two. So much French that some sentences were almost comprehensible to me while others were dominantly Arabic. They even conjugate some French verbs in an Arabic way etc.

When talking to Middle Eastern speakers, Tunisians tend to use a very “simplified” terms that are as close as they could be to the Standard Arabic, and they may even go further and use English.

Tunisian Arabic originated in the 7th century after the Conquest of Arabs in early Umayyad times. It pretty much started to get to what it is now little by little over centuries of being influenced by many civilizations and cultures that the region survived.

However, earlier similar different versions of the spoken language existed, including the Berber (Amazigh) language, Numidian, and Punic language, a variant of the Phoenician language used by Carthaginians.

Nowadays, Tunisian is a homogenic mixture of Arabic, Phoenician, Berber, French, Spanish, Maltese and Italian. We use words from these languages in our everyday life.

Museum of Popular Arts and Traditions of El-Kef

Letters of Transit: Tunisian Passport Throughout the Years

The Island of Djerba — The Land...