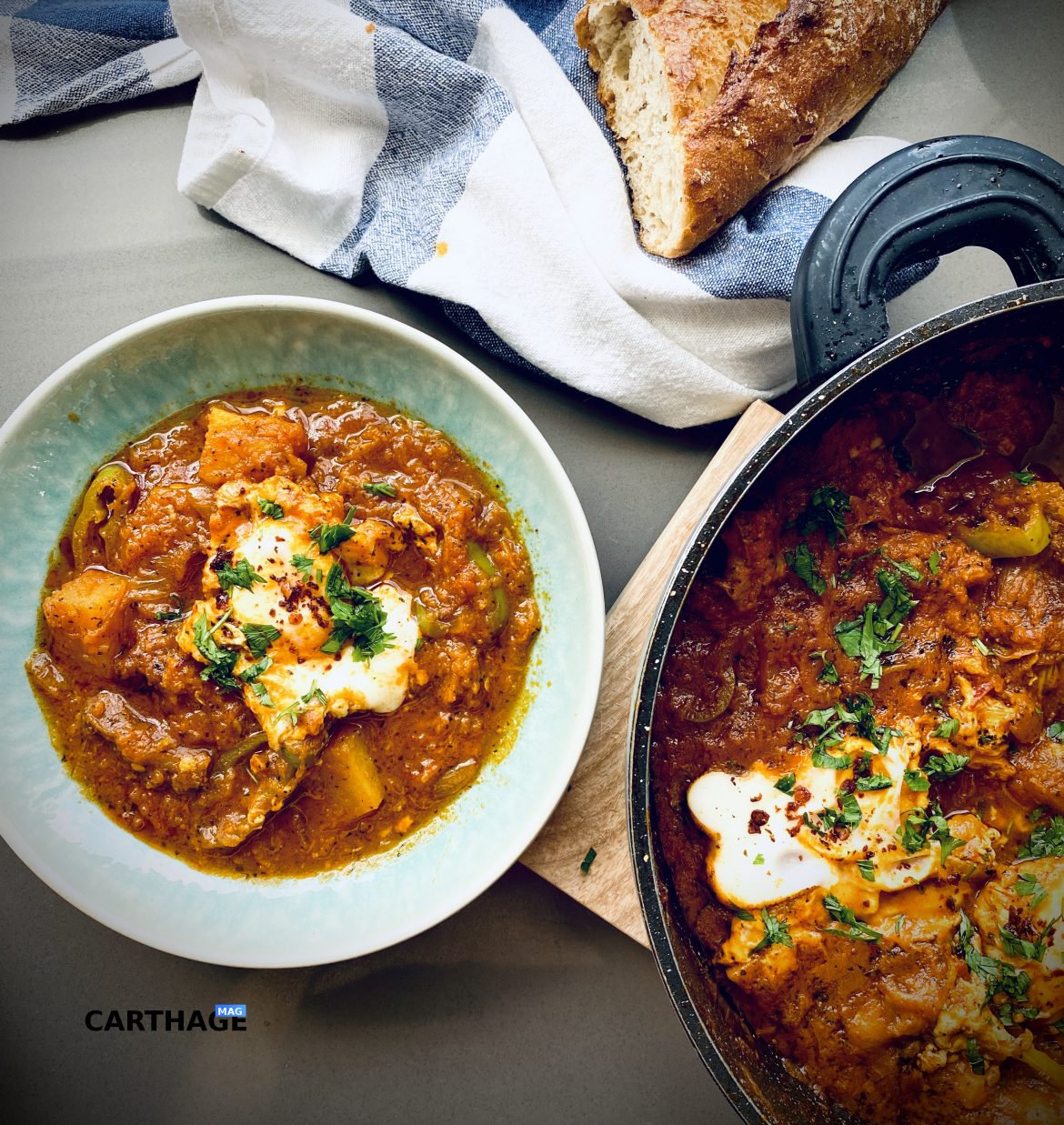 Tunisian cuisine can easily be seen to have distinct influences from many of the surrounding cultures. Heavily influenced by Mediterranean cultures.

Tracing down culinary history of Tunisia; it started to make its mark during Carthage Empire movement more than 2000 years ago. Tunisians even have a cookbook dating back to 1st century BC, which shows how important a place food had in society.

The ethnic origins of Tunisians are Lebanese (Canaanite or Phoenician) along the northern coast, Berber in the Mountains, Bedouin and Sahelian nomads in the south, Israelite in the southern islands, Greek from the Byzantine Empire, Spanish, French, German (or Vandal), Arabian, Italian, Turkish, and African.

Each regional empire regarded Tunisia as an integral element of its sphere of control. All of these cultural and culinary influences have been incorporated into its national and regional dishes. Tunisians have incorporated their rich history into a refined cuisine that is incredibly diverse and flavorful.

Nowadays, Tunisia is the world’s largest exporter of organic olive oil and the leading producer of olive oil. The Mediterranean climate of dry, hot summers and crisp, cool winters provides the ideal environment for olive trees to flourish, along with dates, tomatoes, and grapes used to produce the country’s underrated wines.

With nearly 1,300 kilometers of Mediterranean coastline, it comes as no surprise that the country shares dietary preferences with Southern Italy, Spain, and France – Tunisian markets are stockpiled with fresh fruit and vegetables, aromatic herbs, and incredible fish and shellfish, from red mullet to giant cuttlefish.

What to Eat in Tunisia

Tunisia’s main staple is Couscous. You can find it combined with every kind of meat, fish, and vegetable out there. Nearly every meal in Tunisia is accompanied by bread, Baguette, with Khobz Tabouna, a circular flat bread baked in a terracotta oven, being the preferred local loaf, or Khobz Mlewi, a very popular traditional flatbread. Some of the best food in the country is found at roadside stalls and in small family-run cafés tucked deep in the Medinas.

You also want to check out the most Iconic sandwiches and wraps in Tunisia and the best Tunisian street foods.

Although Tunisia neighbors Algeria, Libya and Italy, its cuisine maintains a definite separate culinary profile. There is no doubt that if you prefer Spanish, southern French, Italian, Greek, or Middle Eastern cuisines, you will discover something similar. Some terms used in Tunisian cuisine are the same as in Moroccan cuisine but mean different things. Also, some similar ingredients used in Morocco and in Tunisia have different names.

Get Caffeinated: Become an Authentic Tunisian with One Cup!

Kafteji: a Healthy Version of your Favorite...