The Island of Djerba — The Land of Peace, Openness & Tolerance13 min read 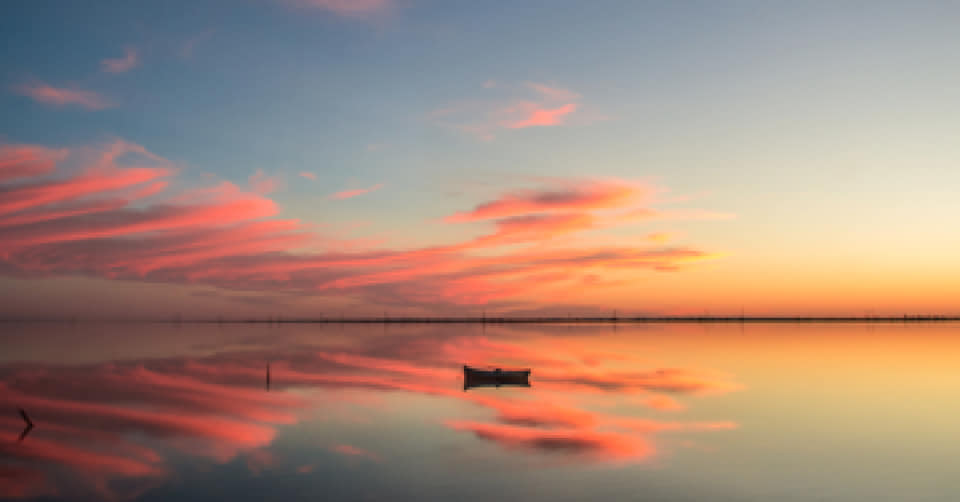 Djerba, connected to Tunisia’s mainland by a Roman causeway, and still maintaining an ancient way of life, has long fascinated its visitors.

Ulysses recounts in Homer’s Odyssey how the winds drove his seafaring warriors to the shores of the land of the Lotus-Eaters. They became addicted to the lotus flowers fed to them by the locals and dropped all chance of returning home. According to legend, this location was Djerba, an island off the coast of southern Tunisia. Tennyson elaborated on the scene in his 1832 poem “The Lotos-Eaters”: “In the afternoon, they came unto a land/ In which it seemed always afternoon./ All round the coast the languid air did swoon, / Breathing like one that hath a weary dream.”

Similar Read: 10 Most Exciting ‘Live Like a Local’ Experiences & Things To Do in Djerba

Djerba — The Island of Dreams

Nowadays, the majority of visitors to the island come to enjoy the thalassotherapy centers clustered along the island’s main tourist strip, on the island’s north-east coast. Djerba is a center for thalassotherapy, which utilizes the sun and sea water to treat a variety of conditions ranging from arthritis to eczema to depression, and the new Radisson Thalasso is a sprawling complex of sea-water pools, hammams, treatment cabins, and massage rooms with views across desert and palm trees to the sea.

However, the island of Djerba that lies away from the hotels and the touristic places is way more exciting and rewarding. The island is largely rural, with wild beaches on the western and south-eastern coasts and flat, open plains in the center. It is linked to the mainland by a spectacular six-mile-long Roman causeway built in the sixth century BC, and a regular ten-minute ferry crossing to Ajim.

Houmt Souk, Djerba’s small capital, is a charming town with a bustling fishing port and a population of about 90,000. Its relaxed atmosphere combines the quiet self-assurance that comes with an ancient way of life with an openness to tourism and commerce. The majority of residents are fluent in both French and Arabic. I reveled in the city’s gloriously undeveloped Fondoks – 15th-century structures arranged around a courtyard that housed merchants and pilgrims, as well as their livestock (known in other parts of the Arab world as caravanserais). A few have been converted into simple but charming hotels, frequently with bougainvillea climbing the walls, painted wooden doors, and vibrant tiling throughout, all accompanied by a friendly family welcome. For example, Hotel Erriadh charges only 40 dinars ($14) per night for a spotless double room including breakfast.

The downtown area is a maze of winding streets that lead to covered souks, mosques, and even a large Catholic church. While some tourist junk is there, visitors are generally left in peace and are free to wander – except for the mosques. I enjoyed the fish market auction, where an elderly gentleman dressed in a fez and flowing robes sat on what appeared to be a throne, overseeing the sale of strings of fish to the highest bidder. Indeed, dining on fish is one of the island’s highlights. Certain fishing techniques have remained largely unchanged since the Phoenicians’ time 3,000 years ago. Fishermen simply trawl the massive quantities of fish that congregate along the rocky coast, and oval-shaped terracotta amphorae are still used to catch octopus.

Grilled sea bass and grouper are served alongside meat and Couscous in restaurants, following small salads and bread dipped in olive oil and Harissa, a fiery chili paste, and Slata Mechouia, a grilled pepper dip. Brik, a deep-fried pastry envelope filled with potato, egg, or meat, was another treat I enjoyed. Everything is very laid-back, and the inexpensive local wine flows freely.

Unlike in most Muslim-majority societies, Houmt Souk’s cafés are not reserved for elderly men smoking hookahs: men and women sit drinking espresso and mint tea in a way that is still uncommon in Muslim societies. Indeed, Djerba’s laid-back attitude is partly a result of its diverse ethnic mixture. It is home to one of the last remaining communities of Ibadis, an unorthodox Islamic sect adopted by certain Berber tribes. Vulnerable to attack by purists, they fled to Jerba during the Middle Ages, though they continued to fight Christians from Sicily and Aragon who claimed the territory.

Two forts and some exquisite rural mosques built of mud and stone remain from this period, which, with their buttressed walls and enclosed compounds, resemble small forts themselves. Against the bright blue sky, these squat whitewashed buildings resemble ships. I was particularly taken with Fadhloun and Beni Maaguel. They were built in the 11th and 14th centuries, respectively, and their lantern-style minarets gave them the appearance of being carved from ice. Both are open to visitors.

Djerba also has one of the largest Jewish communities in North Africa, with thousands of pilgrims visiting each year. El Ghriba Synagogue on the island, in Erriadh, is one of the world’s oldest, dating back over 2,000 years.  Muslims  and Jews have coexisted peacefully in Jerba for hundreds of years.

Suggested Read: Tunisian-Jewish Gastronomy Contributes to the Charm of Djerba

In Er-riadh, I stayed at the Hotel Dar Dhiafa. The hotel is a seductive assemblage of historic village buildings, complete with stone floors, terraces, and courtyards. It features ten guest rooms and four suites, each with its own unique collection of antiques, art, and textiles. I stayed in a suite that included a Moorish-style bathroom with a roll-top bath and chandelier, a large reception area, and a mezzanine-level bedroom. I found the hotel to be fascinated and would gladly return to enjoy the hotel’s intimate courtyards, pool, and Hammam.

I rented a moped with my guide, Hassine, to explore more remote areas of the island. We discovered a path that led us alongside wild, deserted beaches. We were surrounded by wetlands, with only flamingos for company as we accelerated. A castle materialized out of the sun’s haze, like a mirage. We continued until we reached the end of the peninsula and arrived at Borj Kastil, a fort built in the 15th century by Alfonso V of Aragon. We could see a vast expanse of land and, in the distance, the Roman causeway as we scrambled to the top.

“This may be the location of the scorpion island,” said Hassine. “When the Arabs arrived on Djerba, there was a governor with three sons. Two were assassinated by scorpions, so the king transported the third to this castle in the middle of the sea in order to save him. However, as they transported their provisions, which included an abundance of fruit, they kept dropping the grapes. The scorpions pursued the grapes, and the king perished in the fortress with his last son.”

I visited the deserted ruins of Gightis, a Roman port, after crossing the causeway to the mainland. As I approached the site, its keeper showed me around the ruins of temples, roads, store rooms, hammams, and mosaics, and I could just imagine the bustling port in the second century, from which gold, ivory, and slaves imported from Africa were exported.

Suggested Read: Djerbahood: 20 Incredible Works of Art on the Streets of Djerba

Returning to the island of dreams just in time for sunset, Tennyson’s words made even more sense:  “Surely, surely, slumber is more sweet than toil, the shore / Than labour in the deep mid-ocean, wind and wave and oar; / O, rest ye, brother mariners, we will not wander more.”

WHAT TO KNOW BEFORE YOU GO

Djerba has a lovely South Mediterenean weather. In winter, mornings are beautiful, but at night it gets a bit cold (though a jacket or a light coat will do). Summers are quite dry, so anyone coming in the summer should pack a lot of sunblock and hats.

As for etiquette, Djerbians are friendly and very hospitable. Vistors tend to think that tipping is offensive, but it’s what people working in the industry depend on. Waiters, guides, and drivers all appreciate tips.

Djerba has international flight connections with a few destinations worldwide, especially from European cities. You can get a really good flight deal for your trip to Djerba on Kiwi.com or check our Flights to Tunisia page for more information.

Getting around in Djerba is a quite a simple task.

The most convenient and affordable way to get around the island is by taxi. They are easily spotted bright yellow cars. You can use Allo Taxi service, it’s a Radio taxi that you can call on 75 67 60 60 or hire a private Taxi on: 96 74 75 65.

As a second option, pedal bikes and scooters are also available. Both these are available to hire in most hotels.

Horse and Carriage, and Buggies/Quad Bikes are also available but usually limited to the touristic areas in the island.

For your reference, a three-night package at the Radisson Blu Palace Resort & Thalasso, Djerba, including accommodation with breakfast, transfers, four treatments each day, and unlimited access to the fitness centre, Jacuzzis, saunas, hammam and swimming pools, costs from $220 per person.

Head out to our hotels in Tunisia page for more information.

Lastly, whatever you do, don’t forget to pick up travel insurance for Tunisia!

Backpacking in Tunisia: Things to Do, Itinerary,...