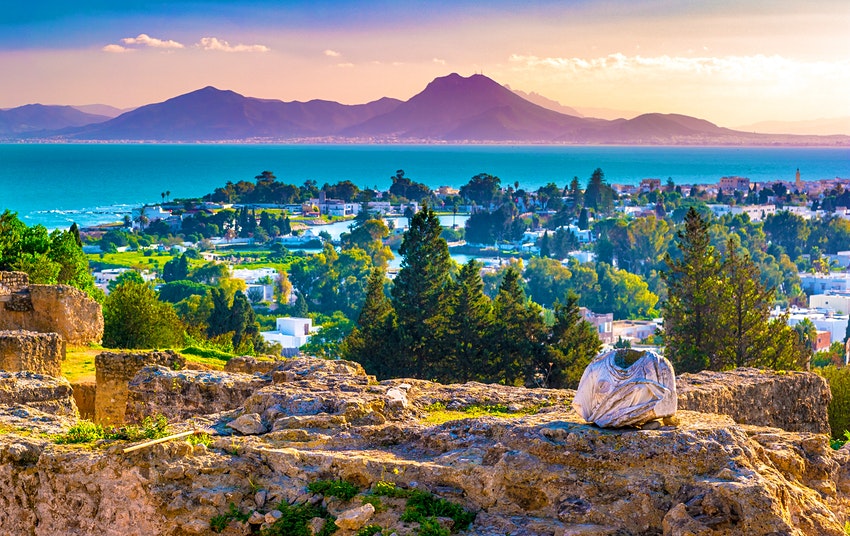 Tunisia is a country which, despite its small size, is rich in natural and cultural sites. With 8 sites listed by UNESCO, the country is renowned for its cultural heritage. Under the United Nations convention designed to protect the world’s cultural and natural heritage of ‘exceptional universal value’, over the years seven Tunisian sites have been listed for their cultural dimension and one for their natural beauty.

This country has always been marked by the different civilizations that have succeeded on its territory, which has allowed it to distinguish itself from an impressive cultural diversity and a rich historical heritage that highlights the footprints of ancestral civilizations. Certainly, 8 sites of Tunisia are among the World Heritage sites of Unesco.

Listed in 1979 as a World Heritage Site, the Roman Amphitheater of El Jem is considered to be one of the largest coliseums in North Africa. This grand amphitheater is located in the governorate of El Mahdia, was built in the 3rd century, embodying the glory of the Roman Empire.

Located in the governorate of Beja in northern Tunisia, the archaeological site of Dougga was added in 1997 on the list of World Heritage sites. It is indeed the best preserved Roman city in northern Africa.

The former capital Aghlabide and one of the most important Islamic cities, Kairouan has been on UNESCO’s World Heritage list since 1988. Renowned by its medina and its grandiose mosques, Kairouan has managed to maintain its position as first holy city of the Maghreb region.

Listed since 1988 as a UNESCO World Heritage Site, the Medina has magnificent historical monuments including the ribat and the Grand Mosque. Located in the heart of the Tunisian sahel, the Medina of Sousse symbolizes the typical architecture of the ancient Islamic cities of the Maghreb.

Founded in 689 around the mosque of Zitouna, the Medina of Tunis experienced an unprecedented boom under the reign of the Almohads and Hafsids (from the twelfth to the sixteenth century). It quickly developed to become one of the most important cities of the Islamic world. Listed as a World Heritage Site since 1979, the Medina of Tunis has more than 700 unmissable monuments, including palaces, mosques and mausoleums preserved to this day.

Punic Town of Kerkouane and its Necropolis

Located in the eastern coast of Cape Bon, Kerkouane is home to a city and a necropolis dating from the Phoenician era. The Punic City of Kerkouane has been listed as a World Heritage Site since 1986. It is the only preserved Punic city that has not undergone any changes, reflecting the ancient Punic architecture.

Dating back to the Hafside era, the Ichkeul National Park was a hunting reserve in the 18th century before being listed as a UNESCO Natural World Heritage Site in 1980 as a natural site. Covering a total area of 12600 hectares and counting more than 180 species of birds, some of which are rare and endangered, Ichkeul National Park is one of the most famous parks in Tunisia and even in North Africa.

Tunisia is a country that is as rich in its nature and landscapes as its authentic and preserved historical and cultural heritage.

7 Things You Didn’t Know about Tunisian...