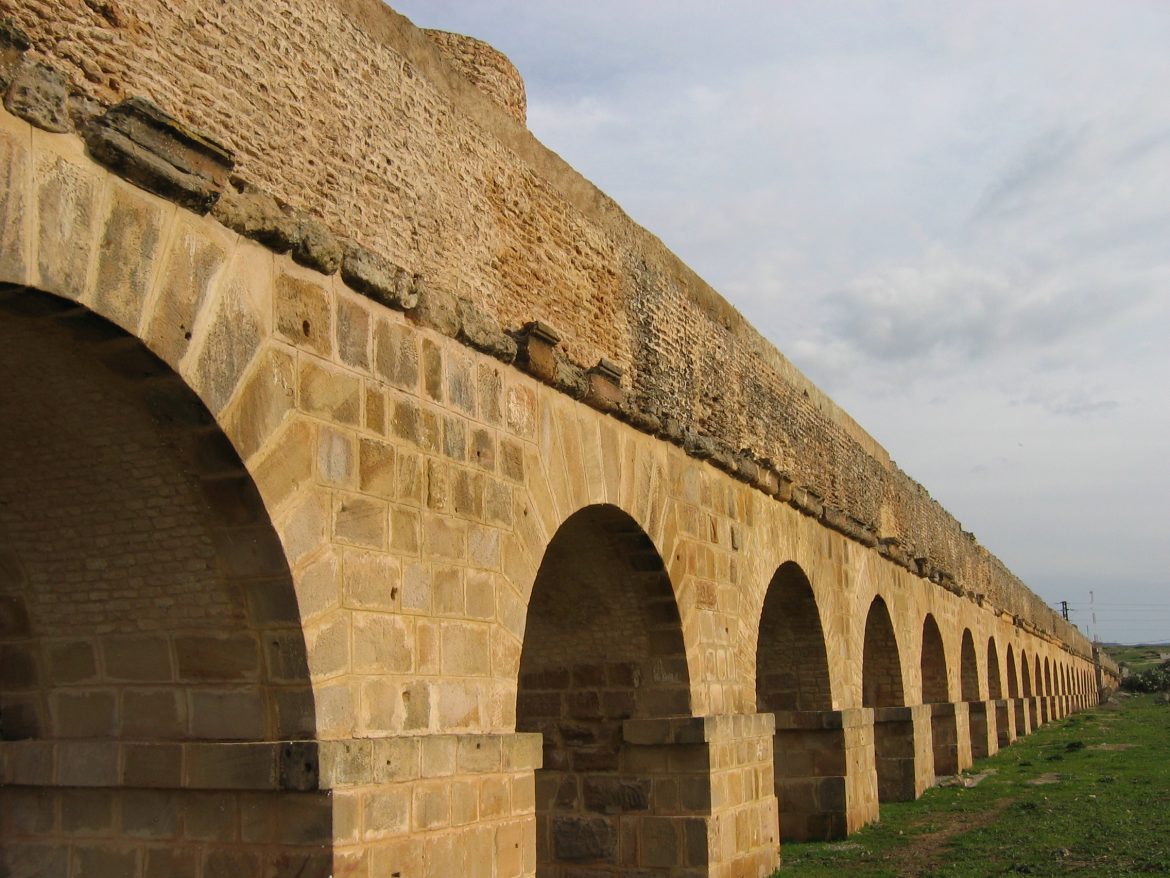 The aqueduct of Zaghouan or the Aqueduct of Carthage is one of the Roman’s best-preserved, among the hundreds of aqueducts built throughout Europe and North Africa.

Ancient Rome has left its mark In Tunisia. From impressive amphitheaters, colosseums, forums to highways, Romans built stunning pieces of architecture that are still standing today.

Probably one of the most important Roman feats are aqueducts. Dubbed the “lifeline of Roman cities”, these engineering masterpieces were used to transport water over long distances and quench the thirst of Roman cities.

The date of construction of the aqueduct is uncertain, it is believed to be built during the reign of Emperor Hadrian, between 120 and 131 AC.

Over the centuries, the aqueducts have had a mixed history of attack and abandonment on the one hand, and restoration and revaluation on the other. The two destructive attacks were that of the Vandals in the 5th century and that of the Hilalians in the 13th century.

The aqueducts remained in use until the 18th century, contributing to the grandeur of the Roman city of Carthage.

Today we can still admire the high columns of those ancient and beautiful aqueducts visible from the city of Bardo in Tunis and in the regions of Mohammadia and Oudna up to Zaghouan where the freshwater sources exist.

Near the region of El Mohammadia, the aqueducts look like a piece of art.

These grandiose structures speak volumes about Romans’ ability in transforming the necessity to supply water over long distances into some engineering masterpieces.

5 Mind-Blowing Facts about the Tunisian Arabic