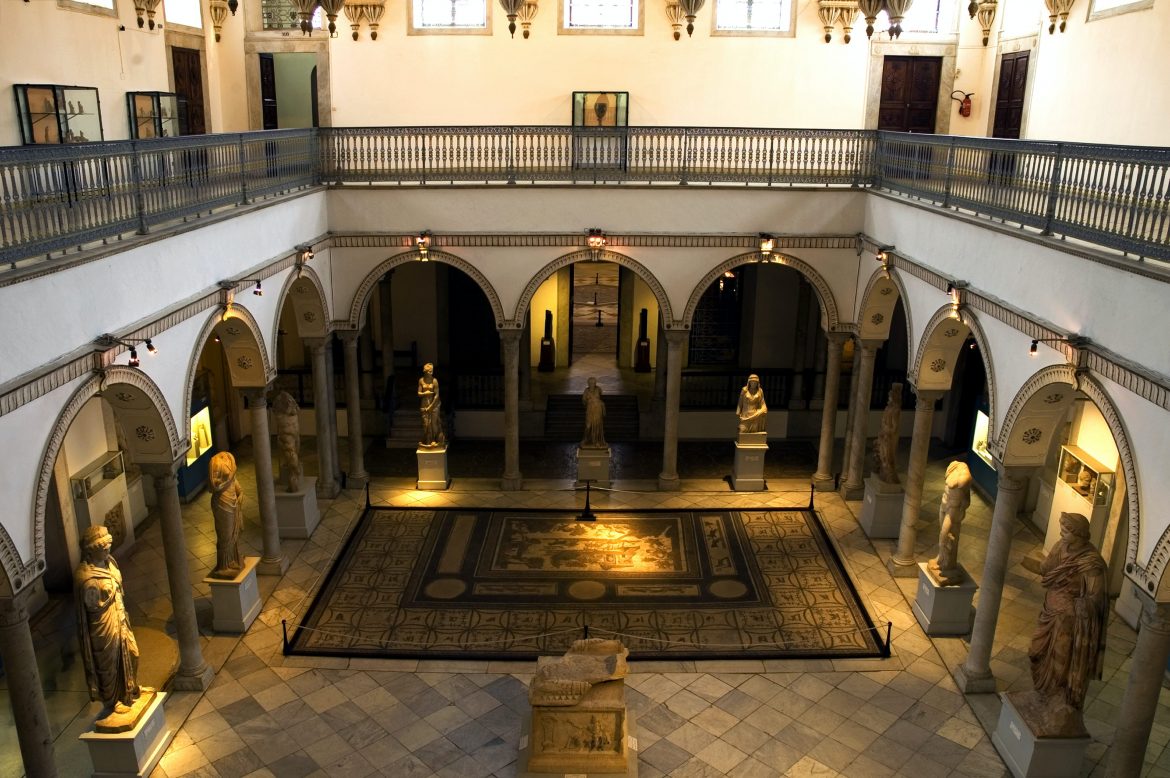 Bardo National Museum is the most famous and the largest and richest museum in Tunisia. It is one of the most important museums in the Mediterranean basin and is the second largest in the African continent. The museum houses some of the oldest, well-preserved Roman mosaics.

Since 1888, it was located within a beylical palace and was called Museum Alaoui after Ali Bey who was the reigning Bey at the time. The museum takes the current name of Bardo National Museum after the independence.

The museum traces the history of Tunisia over several millennia and different civilizations.

The museum has one of the largest collections of Roman mosaics in the world, most of which were found in Carthage, Dougga, Utica and Hadrumetum, current day Sousse, during the excavations that took place in the beginning of the 20th century.

Many of these mosaics are a unique source of information as they represent the everyday life in Roman Africa. One of the most notable pieces is the Virgil Mosaic discovered in a garden in Sousse. This piece is famous for being the oldest known portrait of the Roman poet and can be interpreted as a representation of the owner of the house who was passionate about the poet.

The museum hosts as well an array of marble statues dating back to the Roman Era as well, representing the deities and the Roman Emperors found in different sites like Carthage and Thuburbo Majus, a site close to the small town of El Fahs.

The museum houses as well a number of pieces dating back to the Lybico-Punic period (814 BC – 146 BC) that were found in the archaeological site of Carthage. Although Bardo Museum is not the primary museum of this site, grimacing masks, terracotta statues and ancient steles are exposed.

The museum houses Greek works that were discovered during the excavations of a shipwreck found in Mahdia that dates back to 80 BC. Various marble and bronze Greek works of art were found, the most emblematic piece remains the bust of Aphrodite in marble.

The Islamic department of the museum houses a collection of ceramics but the most important and impressive piece remains the Blue Quran of Kairouan that dates back to mid 9th century.

The architecture of the museum dating back to the 19th century associated with the mosaics, the marble statues and the ceramics gives a sort of cross-cultural dimension to the place. The different pieces showcased in the museum, relate the history of Tunisia in a constantly evolving harmonious manner, demonstrating the multiple civilisations the country has seen and grown through.

The 10th Anniversary of the Tunisian Revolution

Tunisian-Jewish Gastronomy Contributes to the Charm of...