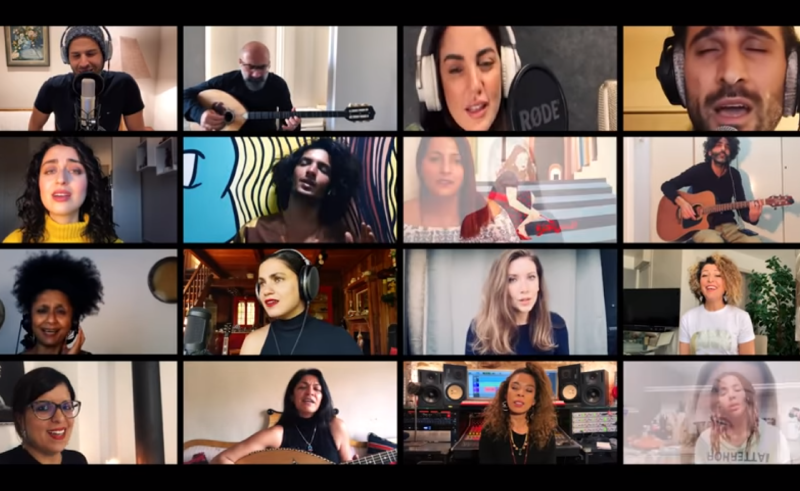 Emel is a firebrand Tunisian singer, songwriter and composer. She rose to fame when her song Kelmti Horra (My Word is Free) was adopted by the Arab Spring revolutionaries and soon became an Anthem throughout the region, in particular among young people yearning for change.

Now in her thirties, Mathlouthi started her music journey while she was still a child growing up in Tunis. By the time she was in Middle School, she was heading a metal band.

She then started to write songs that were deeply critical of the regime of the then-president of Tunisia, Zine El Abidine Ben Ali.

In 2008, she took the decision to leave the country and moved to France, convinced that she would not go far in her career if she stayed in her home country.

Emel knew that she was running right up against a whole regime by herself but she persisted — and kept right on singing about Tunisia and about oppression.

Years before the Tunisian Revolution took place, Emel had already been singing “Kelmti Horra”, a song that tipped her over the edge, every chance she could get — she ended every concert with it in both France and Tunisia, to which she returned occasionally, performing at underground shows while her music spread largely on social media.

She then had already been prohibited from performing at music festivals in Tunisia, and “Kelmti Horra” was banned outright.

Emel was in Tunisia when the despairing street vendor, Mohamed Bouazizi, set himself on fire on Dec. 17th, 2010 — a pivotal moment that sparked what became first Tunisia’s Revolution, and then, in a string of regional uprisings, the Arab Spring.

On one remarkable day in January 2011, just weeks after Bouazizi set himself on fire, Emel stood up in a crowd of demonstrators along the packed Avenue Habib Bourguiba to sing her iconic song. Within days, Ben Ali and his family had fled the country.

That one song made Emel Mathlouthi an international star; four years later, she was invited to sing it at the Nobel Peace Prize concert.

Eight years later, Emel Mathlouthi has resurrected the spirit of the Tunisian Revolution and the Arab Spring, with an epic group cover of the track, for which she recruited 53 artists from 22 countries.

The group cover went viral on last January 14th, which marked the 10th Anniversary of the Tunisian Revolution.