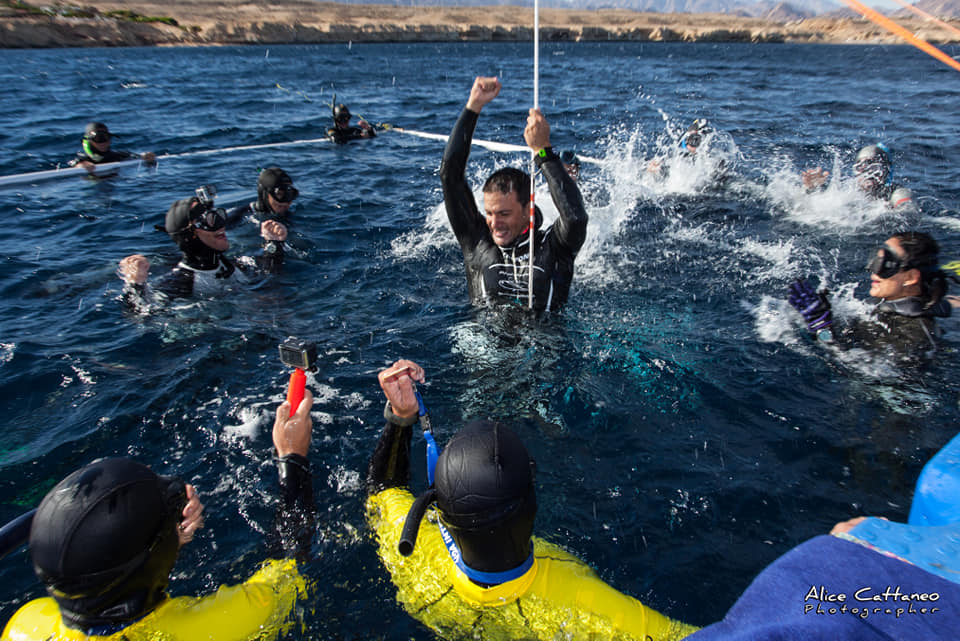 Tunisian freediver Walid Boudhiaf set a new world record in the variable weight modality of the International Association for the Development of Apnea.

Last Sunday, January 17, 2021, the Tunisian freediver Walid Boudhiaf acheived a new world record in the variable weight modality of the International Association for the Development of Apnea (AIDA), in the waters of Sharm el Sheikh, Egypt.

Walid made a dive of -150 meters in variable weight Apnea, in which the freediver dives with the help of a sled and ascends with his own effort with the impulse of his arms or by flapping flapping, surpassing the previous mark of -146m that had the Greek Stavros Kastrinakis since November 2015.