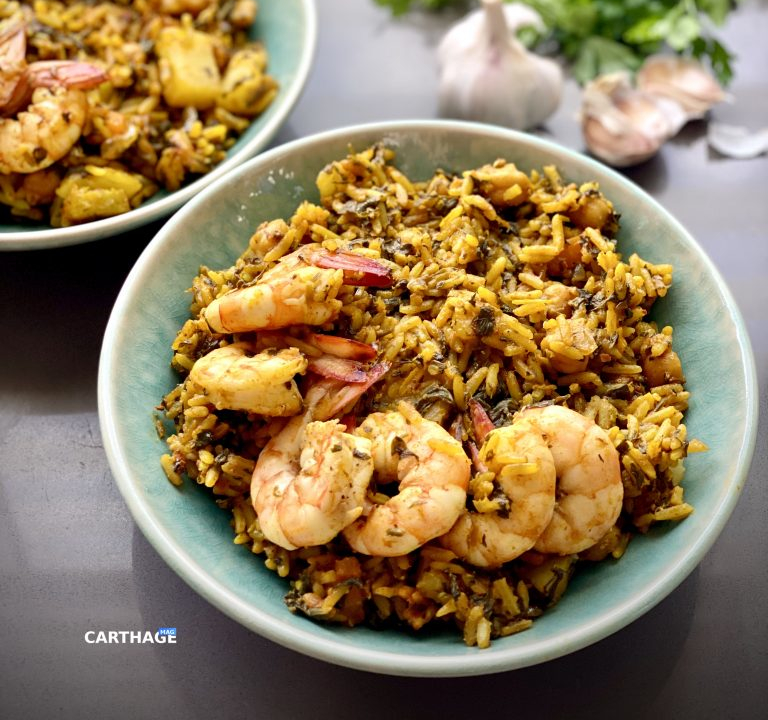 Tunisian food is one of the world’s great cuisines. From an unbeatable Couscous to a heady Shakshuka, Tunisian cuisine is a mix of varied, zesty and very spicy Mediterranean and oriental flavors and textures in several layers. Its uniqueness and richness stem from the different cultures and civilizations that ruled the land from Phoenicians, Romans, Vandals, Berbers, Arabs, Spaniards, Turks, Italians to the French.. Each had left behind its own culinary legacy.

Very rich in flavors and spices, Tunisian cuisine is truly a special one. Here are 7 things you absolutely need to know about Tunisian food!

We are literally Shaab Al Harissa, “Harissa people” in English. Harissa is a popular paste which is used a lot in Tunisian food.

Any dish, especially gravies and sauces, wouldn’t be complete without this typically hot Tunisian condiment made mainly with chilli pepper. Tunisians add it to just about anything and restaurants usually serve it with olive oil and bread as an appetizer.

To say Tunisians love pasta is an understatement! The proof has been validated by the Union of Organizations of manufacturers of Pasta Products of the EU since 2015. Yes, we are the second largest consumers of pasta in the world after our fellow Italians.

Pasta is an integral part of Tunisian food and there are all kinds. Homemade Rechta (noodles), Nwasser (pasta cut into squares and steam cooked) and industrial pastas.

A typical Tunisian pasta is mainly made with a piping hot tomato sauce and some spices.

#3. Tunisian Cuisine is Not that Vegan!

Just like all Mediterranean cuisines, Tunisian food is heavily based on meat and seafood. However, there are some vegan meals like Kafteji and the famous Tunisian grilled salad.

For a Meatless Monday, a vegan recipe would taste as good as its meatier version. No worries!

#4. Bread Goes with Every Meal!

There is always at least a French baguette on every Tunisian dining table. Period.

#5. Street Food is Affordable and Delicious

In Tunisia Fast food stalls and restaurants are found wherever you go, both in upscale and popular cities. They offer a lot of food options ranging from hot to sweet and run the gamut from a snack to a full-fledged meal. One of the most popular signature snacks are Fricassés and Brikas.

Perfect if you are on the go, Fricassés are deep-fried donuts filled with Harissa, Tuna, mashed potatoes olives and eggs. Very much like samosa, brik consists of wrapped pastry dough filled with Harissa, potatoes, a runny egg, tuna and parsley. You can always ask the vendor to go easy on harissa as some can be heavy handed with the spicy hot paste.

Some restaurants serve also a variety of authentic Tunisian meals such as Rouz Jerbi (Tunisian rice), Kafteji, Shakshuka, Lentil soup, Shan tounsi (Tunisian plate) and Couscous. Nothing beats a cold, refreshing Tunisian lemonade or a fresh mint tea to calm down the heat in your throat after those culinary experiences!

Another famous street food is Lablebi: Hearty enough for a filling meal, Lablebi is made with leftover bread dipped in a gooey liquid with chickpeas, Harissa, cumin and a good glug of olive oil. Not for the faint hearted!

#6. Food Names Can Be Really Funny

There are some weird food names out there!

Omek Houria: “Your mom is a fairy” / Ain Sbanyouria: “Eye of the Spanish”/ Ouethnine El Kathi: “Ears of the judge” / Rkeyeb Laazouza: “The knees of the old woman” / Swebaa Fatma: “The fingers of Fatma”

#7. There is Always Room for Dessert!

Mouth-watering sweets are commonly found in Tunisia like Makroudh (made with semolina, filled with dates and pressed in lozenge molds and then fried) and Yoyo (A sweet fried delicacy dipped in a honey syrup).

A trip to Tunisia wouldn’t be also complete without tasting a fluffy Bambalouni, a staple Tunisian treat fried and dripped in sugar. Early birds eat Ftayer occasionally, a breakfasty version of Bambalouni. “Zamit” with Pomegranate as well and a lot of other sweet dessert options out there in Tunisia are something not to miss.

Galactech Signs a Strategic Partnership with the Tunisian E-Sports Federation

10 Very Tunisian Proverbs to Live By