Madrasas in the Medina of Tunis: A Forgotten Emblem3 min read 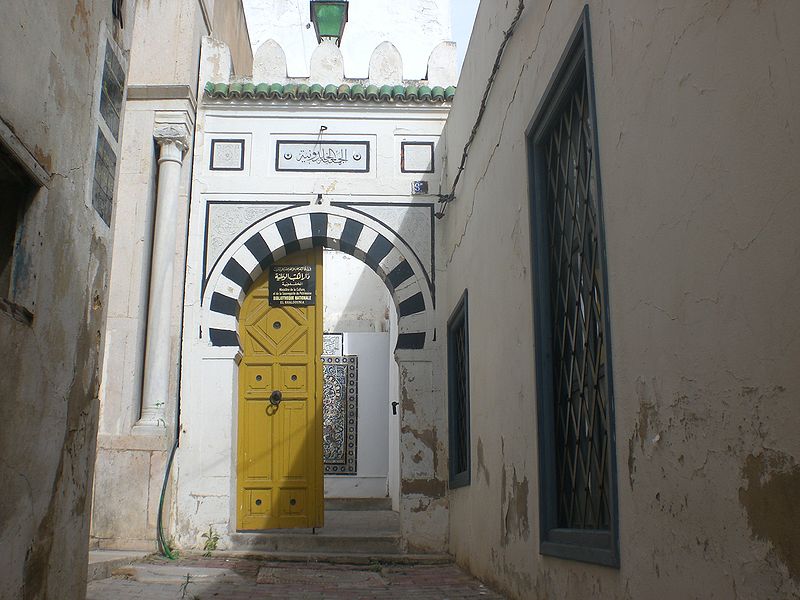 The Medina of Tunis is widely known for its vibrant life, its glorious merchants and the Ez-Zitouna mosque strongly standing in its hearts. All these represent the typical and classical idea most of us have of the Medina; the smell of leather and perfumes, the sound of hammered copper, that is what the tourists see and that is what is most bewitching about the Medina when visiting it for the first time.

Some locations in the Medina are however completely forgotten and unknown to the general public, namely the multiple madrasas located inside of it. More than 20 madrasas situated inside the Medina of Tunis were built from the Hafsid Dynasty (early 13th century – late 16th century) until the Husainid dynasty (early 18th century – mid 20th century). The role the madrasas played in the Medina changed throughout the centuries. They started as schools that would contribute to the education of state civil servants and would eventually become limited to hosting students of The Ez-Zitouna University in the 20th century.

One thing that stood the test of time and did not change is the aura and beauty these historical monuments have.

Simply Khaldounia, it takes its name from the famous Tunisian thinker Ibn Khaldoun. It is the first modern school founded in Tunisia in 1896 in Souk Al Attarine not far from the Ez-Zitouna mosque. Founded by Béchir Sfar and supported by René Millet, the madrasa aimed at spreading knowledge and encouraged critical thinking. Today, it is a bilingual library attached to the National Library of Tunis.

Located near Souk El Blaghgia, Ech Chamaiya was the first madrasa to be built in the whole Maghreb region between 1236 and 1249. The madrasa held an important academic position as most of its students later became imams of Ez-Zitouna mosque. Today it was converted as a training center for artisans.

Built in 1714 during the Ottoman era, this madrasa is known for the palm tree situated in the middle of its patio that stands still until today. It is famous with madrasa Slimania and madrasa El Bachia to having hosted a large number of students of Ez-Zitouna University.

Nadia Ben Hamouda is a 2nd year Master student in Cross Cultural Studies. She is passionate about music, arts and literature and she is deeply involved with social and environmental causes.

Saida Manoubiya: The Story of a Tunisian Feminist...