10 of the Most Beautiful Cathedrals & Churches in Tunisia13 min read 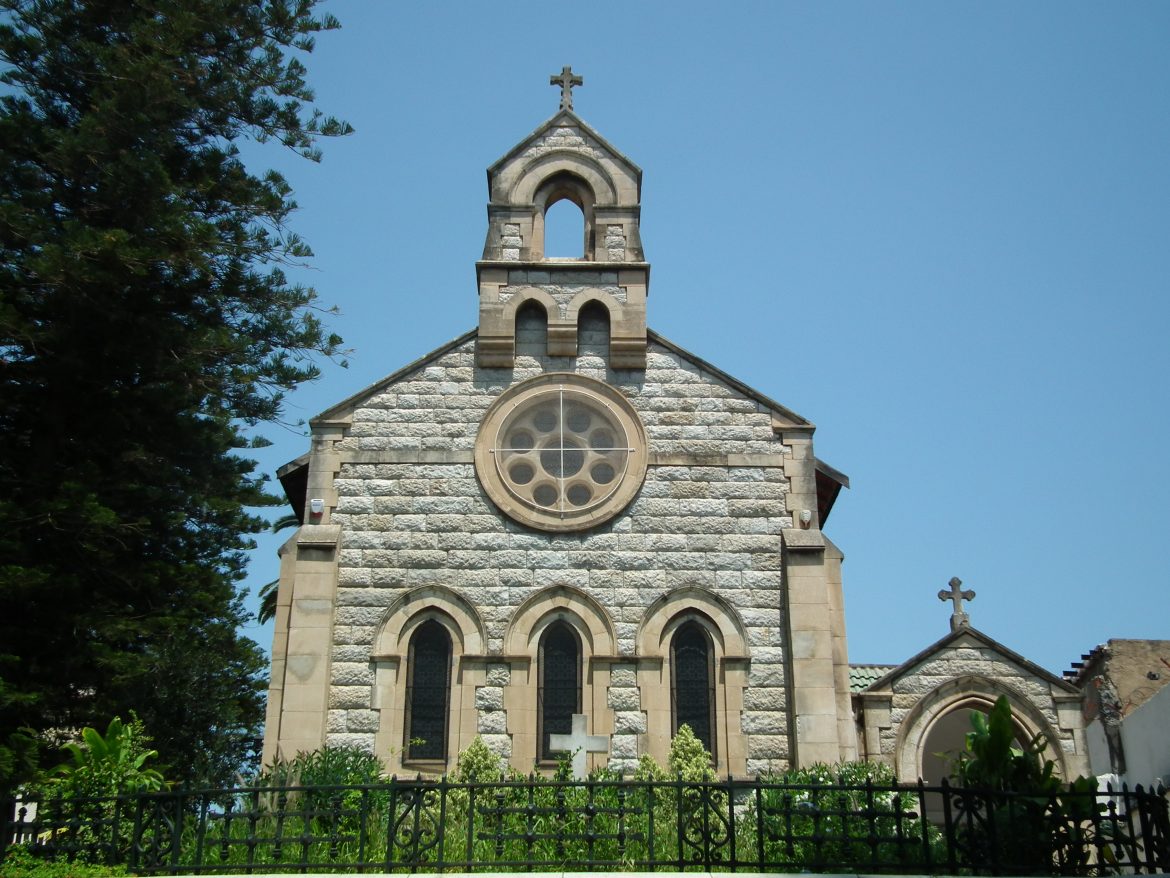 Just in time for Christmas, we have got a list of ten of Tunisia’s most interesting and beautiful historically significant cathedrals and churches (and it is probably not what you were expecting).

Churches in Tunisia existed way before the establishment of the French protectorate. The St. Croix Church of Tunis, built in 1662, is the oldest Church to be found in the country. Most of the other Churches and Cathedrals were built in the 19th century.

With the establishment of the protectorate, thousands of French, Italian and Maltese Christians settled in the country. In 1956, they are more than 250,000 living in Tunisia, about 7% of the total population. To provide and ensure the needed spiritual support for these very religious families, the ecclesiastical authorities send priests wherever there is a need.

Most Beautiful Cathedrals & Churches in Tunisia

Looking to discover the most beautiful cathedrals and churches in Tunisia? Well, Sure, you have got to check out the most famous of them all: The Reformed Church of Tunis and the Saint Louis Cathedral of Carthage, and the St. Augustine & St. Fidelis Church of La Goulette, for example.

The Saint Louis Cathedral, also known as The Acropolium of Carthage, is a Roman Catholic church located in Carthage, Tunisia. The cathedral sits on the peak of Byrsa Hill, near the ruins of the ancient Punic and then Roman city.

It is one of the most beautiful historical cathedrals in the country, mostly used for art exhibitions, opera shows and musicals.

Dedicated to Saint Alexander Nevsky, the church is now attached to the Moscow Patriarchate and still houses religious activities.

The cemetery, that has been in existence since about 1645, was the start of the history of a site that saw the building of the present church building around the end of the 19th century.

St. Felix Church is a simple and nice Catholic church that is located in Sousse. A quiet place to attend Mass in Sousse. It is a diverse community, from Europe and Africa, but the main language is French.

On Saturdays (18:15), Sundays (9:30) or special days, the Mass is celebrated in the temple. The mass of the other days of the week (18:15) is celebrated in a small chapel located inside the parish hall.

#5. Catholic Church of St. Joan of Arc in Tunis

The Church of St. Joan of Arc is a Catholic church built under the French Protectorate in 1911. It is dedicated to Joan of Arc and currently depends on the Archdiocese of Tunis.

Located in Rue de Jerusalem in Tunis, Mass is still celebrated over there.

#6. The Reformed Church of Tunis

The Reformed Church in Tunisia is a single Reformed church in Tunis founded on November 11, 1882. Originally a French speaking congregation, now about 15 – 20 nations are represented. It adheres to the Apostles Creed and the Heidelberg Catechism.

The church building underwent a large renovation in 2011. The attendance is 40-50.

The St. Georges Orthodox Church of Tunis is an Orthodox church situated in Tunis downtown.

Located in the heart of the city, Rue de Rome, it was built by the Greek community of Tunis, on the site of an old Christian cemetery.

Inaugurated on January 7, 1901, the building has a graceful appearance with its bulbous domes.

The Cathedral of St. Vincent de Paul is a Roman Catholic church located in Tunis, Tunisia. The cathedral is dedicated to Saint Vincent de Paul, patron saint of charity. It is the episcopal see of the Archdiocese of Tunis and is situated at Place de l’Indépendence in Ville Nouvelle, a crossroads between Avenue Habib Bourguiba and Avenue de France, in front of the French Embassy.

The church, designed by L. Bonnet-Labranche, was built in a mixture of styles, including Moorish revival, Gothic revival, and Neo-Byzantine architectural traditions. Construction began in 1893 and the church was opened at Christmas 1897, although without its bell-towers owing to a shortage of funds. The reinforced concrete towers were completed in 1910.

#9. Church of St. Joseph in Djerba

Saint-Joseph Church of Djerba, located in the town of Houmt Souk in the island of Djerba, Tunisia, is a Catholic church built in 1848 and enlarged in 1855.

It was ceded to the Tunisian government in 1964, it became a municipal building until it regained its main priestly function in 2005.

The Catholic Church Saint Augustine-and Saint-Fidèle is a church located in La Goulette, Tunisia. If the parish register’s exist from 1838, the current church begins to be built from 1848 to be completed in 1872. From 1898, Cardinal Lavigerie asked the hermits of Saint Augustine, originally from Malta, to take charge of parish; the most famous of them is Father Salibat who made modifications and embellishments to the building.

It quickly became a place of attraction with the pilgrimage to Our Lady of Trapani and its procession through the city, which took place for the last time on August 15, 1962. From 2007, the building underwent renovation work, an Italian painter, Alberto Bogani, giving the building a new decoration.

The church welcomes an English-speaking community, every Sunday for Mass at 10am.

The Secret Side of Tunis Through the...

20 Mistakes Foreigners Make when they Arrive...