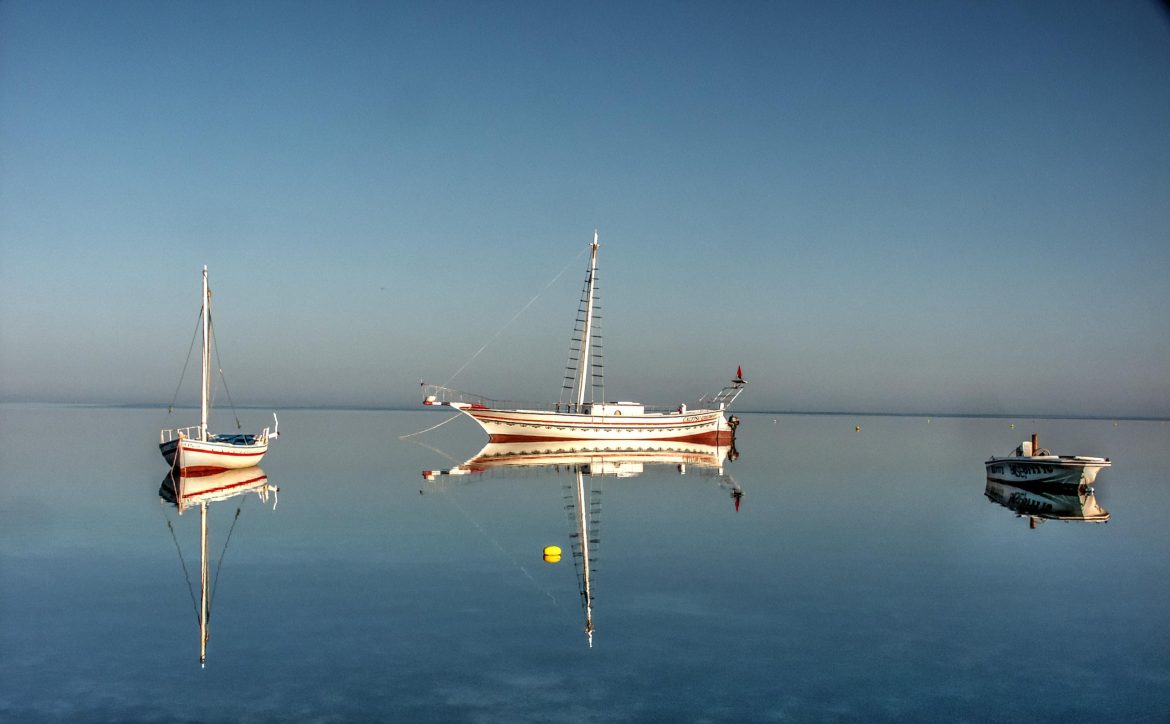 The Kerk­ennah Islands, located twenty kilometers off the coast of the Tunisian city of Sfax, are the only place on Earth where ordinary people can own portions of the sea.

The Kerkennah Islands are rarely included on the ordinary Tunisian tourist trip. Compared to the ruins of mighty Carthage, the majestic Roman Amphitheatre of El Jem, and the Grand Mosque of Kairouan, Kerkennah may not appear worthwhile. However, the exposure to Kerkennah’s culture and way of life can easily convince anyone that they are a hidden gem for the adventurous tourist to discover.

The waters beneath the little islands is primarily owned by fishermen, as their fishing techniques require them to install traps in defined areas.

Kerkennah, or Cercina as the Phoenicians named it, is rich in history and contains remnants of numerous civilizations. Karkennah consists of five islands that were initially occupied during Phoenician times. During the Roman empire, the Kerkennah islands functioned as a sea-watching post and became known as the exiled location of Sem­pronius Gracchus, a lover of Julia, the daughter of Emperor Augustus.

The towers and old harbor on the eastern side of the islands are the most notable Roman ruins on the Kerkennah islands. The towers remain intact and are open for visitors to examine. In addition to history and culture, visitors to the tourism zone of Sidi Fredj may enjoy beach walks and sea views from restaurants and hotels.

Suggested Read: The Island of Djerba — The Land of Peace, Openness & Tolerance

In contemporary times, the is­lands played a crucial part in the country’s fight against colonization. Habib Bourguiba, the first president of Tunisia, sought refuge on the islands while he was sought by French colonial authorities. In the 20th century, Karkennah was also home to labor union activists such as Farhat Hached, who fought against French authority.

The Museum of the Insular Patrimony of Ab­basia is located in Kerkennah and highlights the history and traditions of the islands. The museum, which opened in 2006, also serves as a research center for Mediterranean studies.

Abdelhamid Fehri, a historian at a university and the museum’s founder, explains, “The museum focuses on the ethnographic component of the daily lives of the island’s inhabitants during the various phases of its history, from ancient to modern.”

The museum, constructed in the style of a typical house, guides visitors from one room to the next, each of which explores a distinct facet of island life. Visitors observe fishing nets created by family members and preserved in their dwellings.

Other sections of the museum are devoted to daily life and wedding traditions, including the distinctive drums of the islands. Drummers and trumpet players perform in front of acrobatic dancers while singing and chanting island melodies.

“Everything is constructed using the original materials. “We attempted to create a tiny microcosm of island life,” Fehri explained.

Fehri stated that sea ownership dated back to the 15th and 16th centuries. According to documents from the time, people complained to the Bey of Tunis that mainlanders were attempting to steal their sea. The bey issued an edict permitting islanders of Karkennah to own land beneath the sea.

“From that point on, locals were entitled to claim ownership of the marine areas where they placed their fishing traps,” Fehri explained. These papers are referred to as honorary ownership contracts.

The fishermen of Kerkennah employ a unique fishing method known as charfia, which consists of a hand-woven circular net. In the museum are shown Charfia nets.

“For a good captain or fisherman, the fish must be captured alive; therefore, fishers employ traps. Using a fishing net, they determine the optimal locations for high tides. Where a circle exists, a basin is formed. “The fish enters the trap, where it remains until the fisherman removes it,” Fehri added. “The second approach involves installing fishing nets in the water and creating noise in the water in order to catch jumping fish in the nets. The objective is to keep fish alive until they are removed from the water.”

The islands are also renowned for their octopus fishing, and the locals host an annual octopus festival each spring. The festival features both traditional performances and cooking contests for the finest octopus dish.

“Kerkennah is a virgin land for individuals who want tranquility and calm. People who appreciate pristine landscapes will enjoy their time here, according to Fehri. “Kerkennah is an oasis of 140 square kilometers with over 60 percent oasis, a Mediterranean anomaly. Fish, grapes, and figs are all part of the undiscovered richness.”

Medina of Tunis: Exploring the Old Walled City in the Heart of Tunis