Is it Safe to Travel in Tunisia? What Is Like Tunisia Now?14 min read 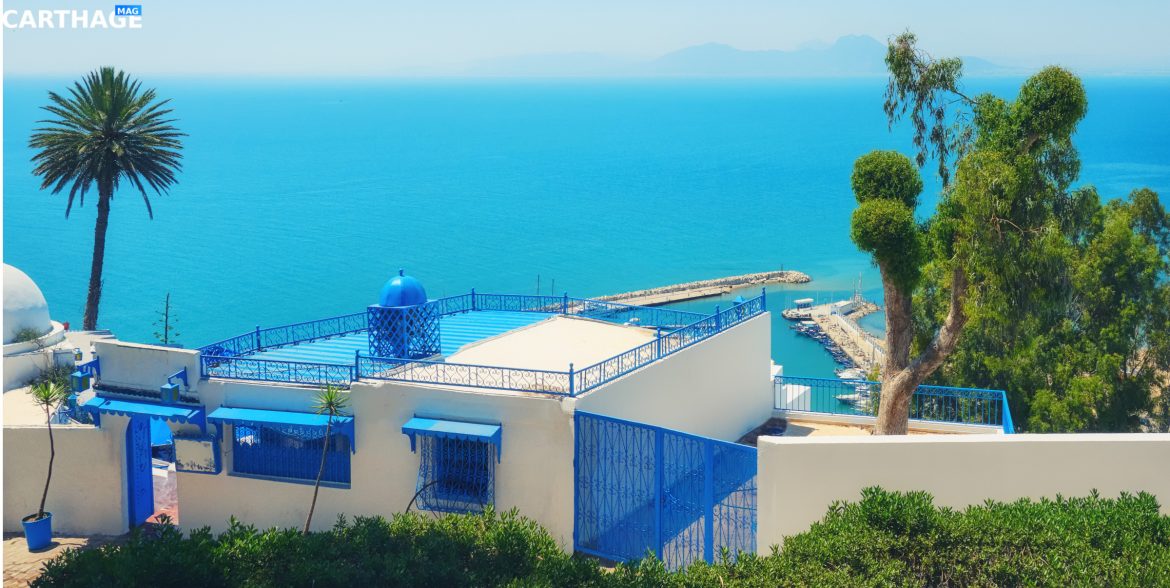 Tunisia is one of those places that you’ve always wanted to go to since you learned about Carthage and the Roman Empire in school. As ancient empires and civilizations go, Tunisia is arguably at the top. Thing is, over this past decade, word on the street is that it is not a good time to go. Ignoring those warnings, we will give you a good idea of whether Tunisia is safe for travel.

If you’re thinking about traveling and planning a trip to Tunisia, it is smart that you’re doing your due diligence to find out whether you should go or not. Keep reading below to find out what it is really like and to answer the “is Tunisia safe” question once and for all.

Is Tunisia safe? Well, in this post, we will try to run through facts about the country. We will give you the information you need to make a decision. Ultimately, it is safe to travel in Tunisia.

The overall situation in the country is not affecting tourists who are traveling in the country. That being said, you should always be sure to check and adhere to your country’s travel advisories.

How’s the Mood in Tunisia?

In Tunisia, no matter the season, the sun is, almost, always shining, the Kafteji is flowing, and the clubbers keep clubbing.

It takes a very serious and tense situation to make Tunisians stop going about their daily lives. This means that shopping in the markets, meeting up with friends for dinner, and going out is a way of life regardless of what is going on.

How the Locals Behave?

Tunisians are very friendly and will go out of their way to make sure you have a good experience. They’re extermely passionate about their country and want tourists to see how beautiful Tunisia is.

Tunisia needs tourism and recently they are finally starting to recognize this. It is a symbiotic relationship – we want to see Tunisia and it isin Tunisia’s best interest to keep things safe for visitors.

Why Do Some People Think Tunisia is Unsafe?

So why is Tunisia deemed “dangerous” and why are some people scared to travel to Tunisia?

The danger that can be associated to Tunisia stems from the last decade of history, so let’s rewind the clock back to 2011.

Arab Spring of 2011 is what it is known as people took over streets in Tunisia with the local uprising that happened at that time, and that spread all across the North African nations.

At the core of it was the public’s anger towards President Ben Ali primarily because of increased police brutality but also corruption, civil liberty, political freedom, unemployment, inflation and wages.

Millions of protestors came and what started off as friendly protests quickly escalated into a violent clash where places like Sidi Bouzid, Sfax and Tunis were turned into a war-zone.

The primary demand was for Ben Ali to step down and that eventually happened on January 14, 2011. Things didn’t settle down there as there were a lot of periods with unrest events.

After the revolution, there were a lot of political and social changes. A lot of presidents in the span of 4 years. A lot of civil conflict. A lot of back dealings. A lot of instability. A lot of work not getting done.

It is no surprise that with media airing all of the violence, tourism took a nose dive, the Tunisian Dinar dropped, and infrastructure and archeological projects were put by the wayside.

More events that did not help

Following the revolution, there were a few other incidents that made the spotlight that didn’t help.

As a result, Tunisia is on many countries’ travel advisory list.

What a way to start off an article about safety right? I have to admit that all of these are scary.

There is no hiding it. There is clearly been uncertainty and instability in the government and terrorism incidents have targeted tourists and locals but here is why you shouldn’t be too worried before deciding to go to Tunisia:

Complicated politics rarely involves tourists and usually only means frustrating government shutdowns. Being a tourist/foreign citizen actually affords you protection because they don’t want to piss off other countries.

Terrorist attacks are sadly the kind of world we live in today and it can happen anywhere you go (Nice truck attack, New York Times Square car crash, or Christmas Market stabbing in Strasbourg, France). Is that going to stop you from traveling? If you look closely at the travel advisories, it is primarily for regions that you’ll unlikely visit – along the border with Libya, and the Mountainous areas in the country’s west, El Chaambi.

So, How Safe is Tunisia? Should I Still Travel to Tunisia?

Now that’s the million or shall we say billion dollar question.

If you are wondering whether you should travel to Tunisia, it is, of course, a personal decision that you should make. There are still hundreds of thousands of tourists and expats in the country having an unforgettable and safe experience.

With everything mentioned above, there is no denying that the decade following the revolution in Tunisia has not been a good one. There are some regions like the Libyan border and the mountain of El Chaambi that you just shouldn’t go to and there is a threat of terrorism that you could say is slightly elevated because of the region Tunisia is in.

The honest truth is that Tunisia is not 100% safe but it is still a country that can be safely travelled through because there is still a large part of the country that welcome tourists with open arms.

Tunisia is very safe to travel as long as you stick to certain destinations, work with a reputable local tour operator, and be a smart traveler.

The only no-go’s in the country are what you see in the travel advisories which is to avoid the South Sahara bordering Libya, El Chaambi mountain and the military zones.

I know the above sounds a bit vague but here is the deal. There is will from the government and the people to make tourism a priority. Sure the people still have squabbles with their government and corruption is still abound but everyone agrees that drastic action like 2011 is in nobody’s interest. Now is the time for the country to rebuild and make sure it is a prosperous time for all.

How is Tunisia for Solo Travelers?

Many people do actually travel solo to Tunisia. It has been done and can be an amazing experience if that is your style of travel.

How Safe is Tunisia for Women?

No matter where you live, there will always be different dangers for women than men. This is especially true in developing countries. Tunisia has made many strides in empowering women and protecting females through their laws.

As a woman visiting or living in Tunisia, you should be aware of the problem rather than ignore it. The country and majority population are fighting against these problems, but they do exist. Below are some things to be mindful of.

Dealing with the Police in Tunisia

There is a decent chance you will need to interact with a police officer during your visit to Tunisia. Here are a few things to know ahead of time:

Here is a quick summary of what you need to know about health in Tunisia:

As a tourist or an expat, if you have a problem, you will want to go to the private hospitals (they are called “cliniques”). They do provide a gast and quality medical care with relatively low cost. Most doctors visits are around 60 TND ($22) for the visit.

If you have a medical emergency and you need an ambulance in Tunisia, dial 190. This is the equivalent of dialing 911 in the US. The number 190 connects you to SAMU, which is Tunisia’s Ministry of Urgent Medical Services. If you have an emergency and need the police, dial 197.

PS: The US Embassy has a list of local resources, English-speaking doctors, and emergency numbers that is very helpful to have on hand in case anything happens during your stay.

Photos of Life in Tunisia

Tunisia is actually a very safe country to travel to. The main big cities and tourist areas – Tunis, Hammamet, Sousse, Djerba, Bizerte, Mahdia, Monastir and Tozeur, remain as safe as always. In addition to that, personal safety in Tunisia is considered incredibly high and crime quite low.

That being said, parts of Tunisia are not safe to travel to and travelers are advised against traveling to them. The area of the country around Jebel Chaambi is not touristic and there is no reason for tourists to go travel there. Tourists should also be very vigilant when traveling to some border areas, especially in the south with Libya.

Millions of people come here every year with no incident. Still, bad stuff does happen, and we can in no way guarantee your safety. It is ultimately up to you decide what risk you are willing to tolerate. If you do decide to visit Tunisia, we wish you a wonderful, incident-free trip!

Hopefully this guide has been helpful. Now that you know what to expect, you will be sure to have an incredible time in Tunisia.  It is truly a special place that will be one of the top trips you’ve ever done.

Lastly, whatever you do, don’t forget to pick up travel insurance for Tunisia!

10 Cultural Aspects You Need to Know Before Traveling to Tunisia

Carthage Magazine’s Photo of the Day —...