KENENTI: The Atelier That Gives Your Shoes a Second Life.6 min read 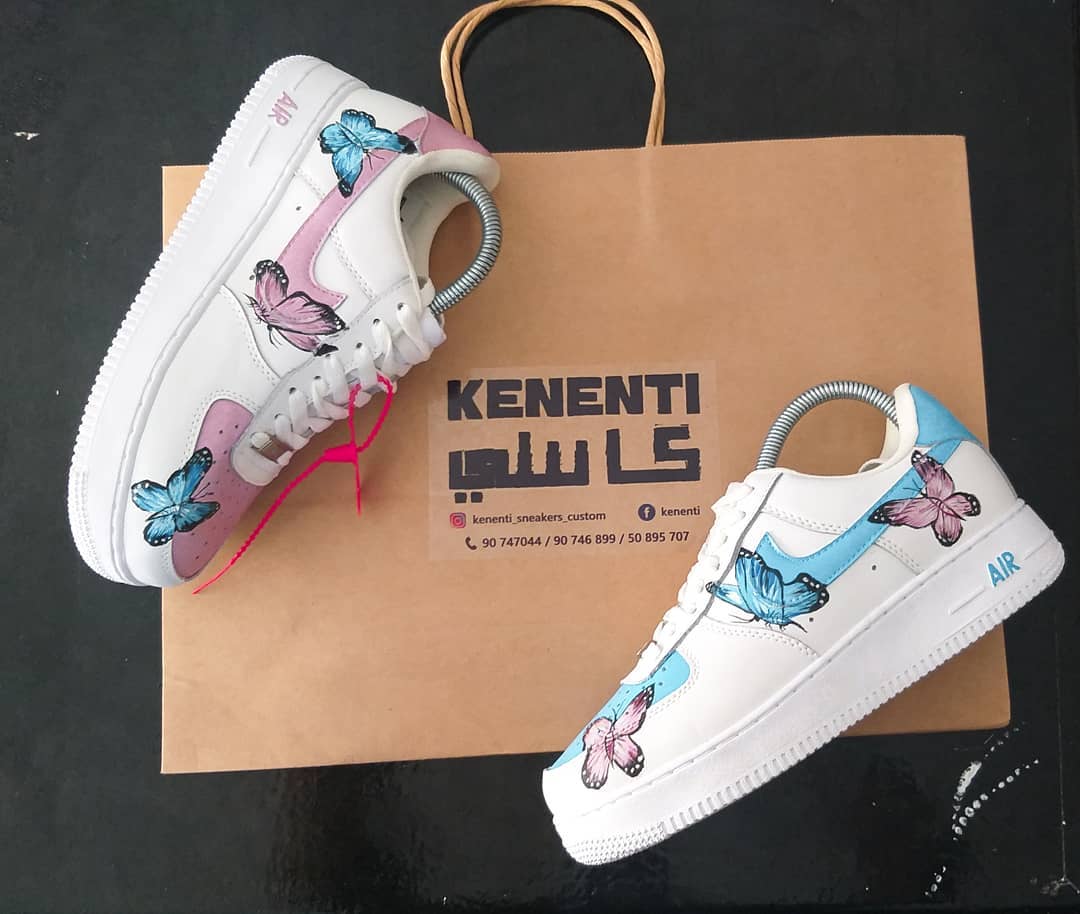 Hey! I don’t know about you, but back when I was 10 years old, I was a big fan of the MTV hit show “Pimp My Ride”. I just loved watching the drastic changes that happened to cars, the cool gimmicks, and how each ride was special and customized to fit its owner’s personality. Check it out on youtube, it’s addictive even for those who have no interest and knowledge of cars like yours truly!

Now fast forward to 2020, I came across “Kenenti” and I immediately got hooked. The start-up’s name is Tunisian for “Only You”, implying already that the customer is in it for something unique and one of a kind.

That something is mainly Shoes. Not only does this atelier restore used and dirty shoes, but it also can revamp them according to their owner’s preference, creating a unique and unpreceded work of art. A simple look at their “Before & After” shots can easily reveal how much effort and creativity are put into each pair.

If you’re wondering how it all started, I asked founder Cherif Zaroui some questions, and here’s how Kenenti was born: Cherif and his friends Anwer Hssesna and Houssem Zghonda are your typical Sneaker Enthusiasts; they love wearing and collecting designer sneakers and trainers. But such passion requires constant care and restoration, and unfortunately, there were no quality products or professionals that could fulfill the young men’s needs. And as it goes in the entrepreneurship world, where the rule is: When there is a need, there is a business, they decided to open Kenenti: An atelier to repair, clean, and customize sneakers.

Yet before that, the idea initially came to the founder’s mind when he was a design student. He made a pair of white sneakers from scratch for a project in collaboration with Fashion Week. Although it was 100% his creation, Cherif felt it was a little bit plain… and so he sought to make it more interesting by adding some colours. The result was a pleasant surprise for his teachers who encouraged him to do that for a living, and “look where we are now”, he says. And indeed, the atelier that has opened in Kram, Tunis in 2020 already has four thousand fans composed of satisfied clients and sneakerheads!

Cherif Zaroui was initially a biology student. Like many artists, he didn’t like it as it was basically about learning by heart, and he had a mind cut for creativity and creation; so he dropped his studies to enroll in ESSTED, a design school that accepted him right away.

He pitched a product while studying product design, and it appealed to potential consumers. Afterward, he suggested the startup idea to his friends, the two co-founders, and they supported him financially at first, and later when all 3 became equal associates, they would take care of different tasks; but he is the one behind the art. He says:

I used to wake up at 6 a.m. to go to university because my house was too far from it. And as I am waiting for transportation in the cold, I was thinking: Will I stay like this for the rest of my life? Waking up every day at 6 to earn a degree like everyone else’s and later become an employee and strive for 600 dinars a month?! This is not how I’m meant to live my life. I can never be an employee in Tunisia. I must become my own boss, and even my employees will get paid much more than the minimum wage the government has to offer.

Cherif is fond of graffiti, which shows on the sneakers obviously, but also the walls of his atelier and other places such as the newly opened F.R.I.E.N.D.S. themed restaurant that he helped design and decorate. He started drawing since he was six and later started drawing on the walls pictures of his favourite football players, as he’s not only a fan of sneakers but also a fan of Taraji, a Tunisian football team with a cult following.

From signs that were held during football matches and boutiques’ walls, Cherif drifted to the smaller surfaces that a pair of sneakers has to offer with the same passion and attention to detail. And he can also do bags and other types of leather goods as well, which is very good news for consumers who seek a more sustainable and environment-friendly wardrobe, and who would rather stick to their beloved items instead of buying new ones. They would be buying art instead.

To finish the article, here are some anecdotes that Cherif has to tell:

There was a client who wanted his ex’s face drawn on his shoe’s sole so he can “step on her face every time he walks”. Another wanted me to make mini sneakers for his pet dog because the latter is getting married.

Overall, this is yet another success story brought to you to inspire you if you have a business plan in mind and you need a push! If you want a sign, this is it. We wish Cherif, Anwer, and Houssem the best of luck and as for the editor (me), you bet I’m going to pay them a visit soon!

10 of the Most Beautiful Cathedrals &...

A Music Video Filmed at One of...