Europeans Return to Tunisia, to Retire by the Sea5 min read 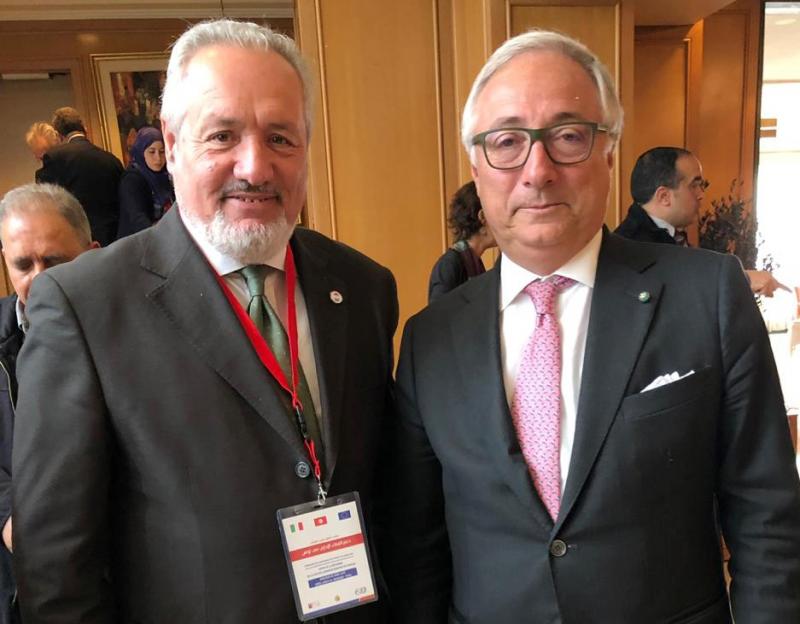 Tunisia is one of the most multilingual countries in North Africa and the Middle East. The vast majority of the population speaks Tunisian Arabic as their native language, they do also speak the modern standard Arabic taught in primary and secondary education. And almost everyone speaks French as it’s the country’s second official language, also known as the common language of business and administration in Tunisia.

In addition, younger generation started to speak English to varying degrees being influenced by several facts such as movies, globalization, and simply considering it’s the world’s most spoken language nowadays.

Tunisia is definitely an integral part of the Arab world but it is one where French language and culture are everywhere. French bureaucracy, French supermarket chains, French operating systems — and a great deal more — all constant reminders of the country’s colonial past. In short, French is everywhere in Tunisia.

France and Tunisia have real strong economic, political, cultural and historical ties. Not only is Tunisia a former French colony, but its leading economic partner is France.

Suggested Read: The Washington Post View on Tunisia: A Democratic Success Story No One is Talking About

France does consider Tunisia still to be in its sphere of influence. It always seeks to be as close as possible.

According to the French embassy in Tunis, French community living in Tunisia is estimated to be 30 thousand as of 2017.

Well, talked about the French, but wait, walk around Tunis and a different European link becomes quite apparent. The architecture is kind of Italian and a little investigation often reveals the name of an Italian architect on a building.

There are cafes, restaurants and shops with Italian names — Nonna Carmela, Sorrento, La Mamma, Rossini, Via Mercato— all pointing towards what was once a strong Italian presence.

Italy and Tunisia have ancient links all the way back to Carthage and the Romans. For centuries there were Italian merchants operating in Tunisia. In the late 19th century and the early 20th, when Tunisia was under French authorities, most Europeans living in the country were Italians.

For instance, in 1910, there were 110,000 Italians in Tunisia, most of them from Sicily. The Italian community group declined rapidly in number after the Tunisian independence in 1956.

After the 2011 Tunisian revolution, Italians are returning to Tunisia. Donato Ladik, the president of the Association of Italian Residents in Tunisia, said there are almost 10,000 Italians officially resident in the country. Most of them are retirees, he mentioned.

Go to any of the fish markets in Djerba island or to shops in Sousse and Nabel and you will increasingly hear German being spoken.

Well, numbers of German pensioners are rising, said Raouf from Djerba, who used to help sort out paperwork for Germans taking up residence in Tunisia. He said that it is not just those who find it hard to make ends meet in Germany who want to retire to Tunisia.

What’s it like to live in Tunis? A structured interview with expatriate NGO founder and environmentalist Sabine from Germany about her expat life in Tunis, Tunisia. Sabine is a consultant for eco-tourism and the founder of an NGO. She has moved to Tunis four years ago.

Other Europeans from different countries are coming to Tunisia. Most of them looking to retire here.

It is in stark contrast to the flow of mainly African migrants crossing the Mediterranean sea the other way, setting out towards Europe, in some cases from Tunisia itself, but, for both, it is about a search for a better life.

The Europeans head to Tunisia to take advantage of its considerably cheaper cost of living, the low rate of the Tunisian dinar to the euro and its far lower taxes. Several other facts tend to make the country stand out in the eyes of Europeans, stability, democracy, conditions, weather in Tunisia, delicious Tunisian food and hospitality, are some of these factors.

In a country where the average salaries are way more lower than their counterparts in European countries, “Europeans can live very, very well here,” Ladik said. Those with not particularly large pensions can have the lifestyle of a retired bank manager or senior official back home in Italy for example.

Well, this is it. Europeans, particularly older Europeans, are returning.