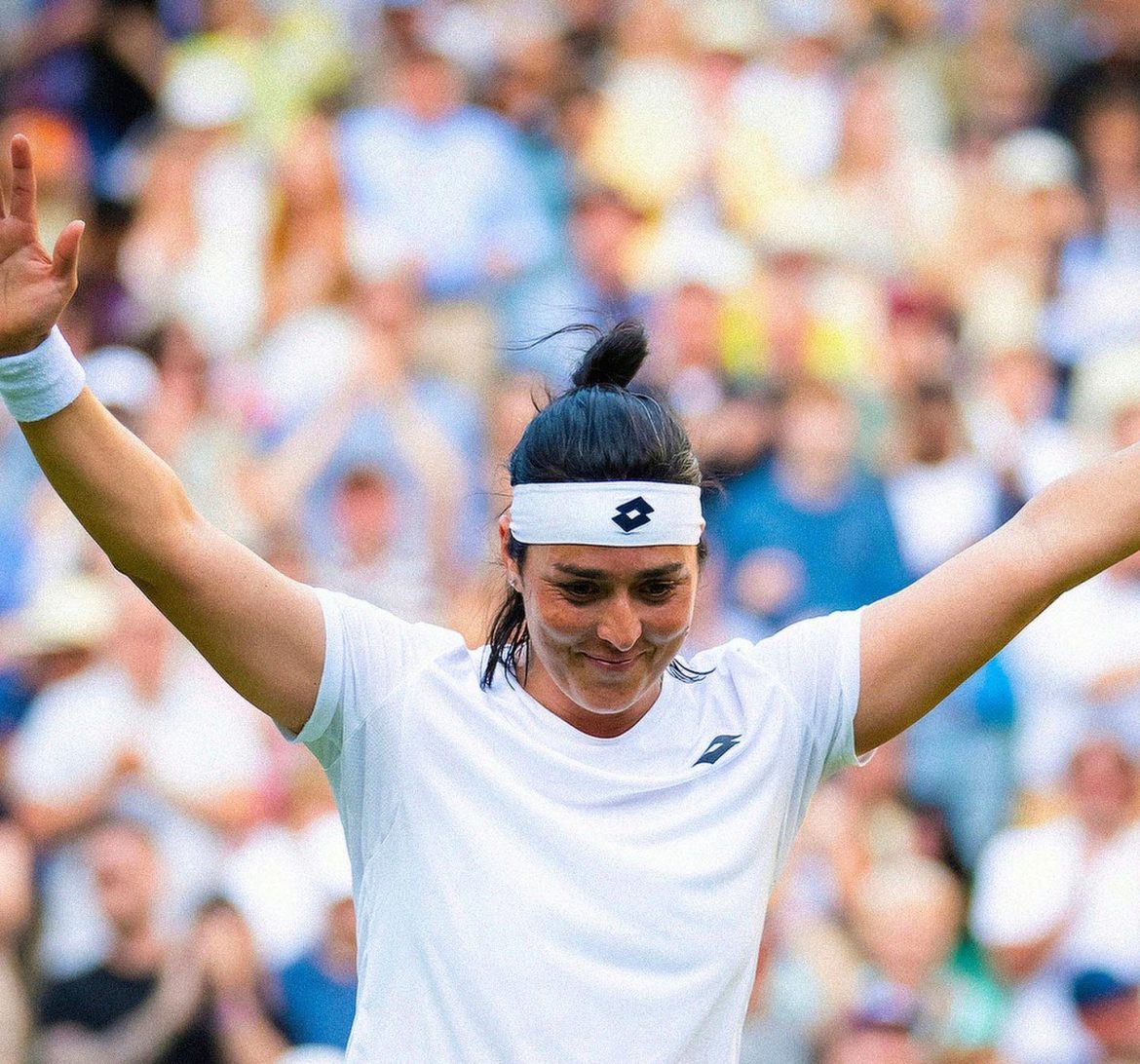 Ons Jabeur’s journey to the Wimbledon final represents another another historic achievement for Arab and African tennis.

Already the first Arab or North African tennis player to reach a Grand Slam semifinal, she defeated Germany’s Tatjana Maria 6-2 3-6 6-1 on center court on Thursday to advance to the title round of the prestigious tennis tournament.

Jabeur will face the winner of the game between Simona Halep of Romania and Elena Rybakina of Kazakhstan in the other women’s singles semifinal. The second-ranked Tunisian will be the favorite in Saturday’s championship match.

She said that she aimed to continue inspiring not only young Tunisians, Arabs, and Africans, but all young athletes.

Jabeur is the first Arab, male or female, to reach a Grand Slam final, as well as the first African woman to do so.

She is frequently referred to be a pioneer, forging new ground for Tunisians, Arabs, and Africans alike with each new career advancement and accomplishment.

In 2020, her run to the quarterfinals of the Australian Open was the farthest a North African or Arab woman had ever advanced in a Grand Slam, a feat she repeated at Wimbledon the previous year.

She won the 2021 Birmingham Classic in June of last year, becoming the first Arab woman to win a WTA Tour championship.

Jabeur was born in the northeastern Tunisian village of Ksar Hellal and raised in adjacent Sousse, a major coastal city.

Her mother introduced her to tennis at the age of three. Due to a lack of courts at local tennis clubs, she began her tennis career by practising in hotels and resorts.

At the age of 12, she relocated 90 kilometers to the Tunisian capital to train at Lycee Sportif El Menzah, a multi-sport national academy for up-and-coming Tunisian athletes.

What is So Special about the Tunisian...