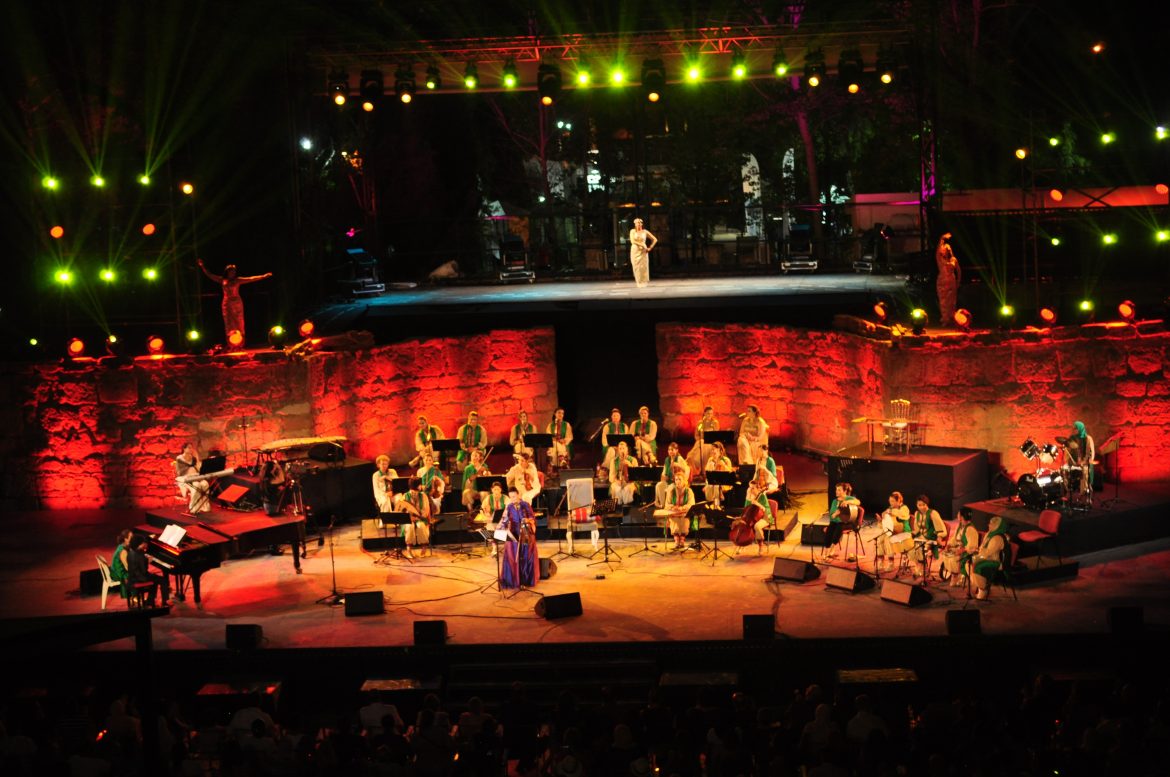 Organized in the Roman Theatre of Carthage, the International Festival of Carthage (FIC) is Tunisia’s most prestigious and phenomenal festival and is considered one of the Arab, African and world’s biggest and most important festivals. It is an annual event that graces Tunisia with a variety of concerts and artistic shows extending over the months of July and August.

The marvelous monument of the Carthage Amphitheatre, which dates back to the 2nd century AD. Back in the ancient times, it was mainly used for theatre pres­entations and various other cultural events. Vandalized in the 5th century, the actual Amphitheatre was put back to use at the end of the 19th century.

Following renovations, Carthage Amphitheatre became the main site of the International Festival of Carthage, a culture and entertain­ment venue showcasing talents every year.

The International Festival of Carthage was created back in 1964, which makes it to date the oldest annual event of its kind that is still active in Africa.

The festival was launched in the early 1960’s as an initiative of artists and intel­lectuals. It started mainly as a two-day Jazz music festi­val.

“It was Tunisian artists and intellectuals who took the initiative and started a Jazz festival in the Carthage Amphitheatre,” he said. “In 1964, the festival officially started as it was taken over by the Ministry of Culture and, consequently, took on a different scope.

“With time, the International Festival of Carthage soon ac­quired the unique status of being a multidisciplinary cultural event. It hosts all sorts of musical shows and popular art for the most prominent singers in the world.”

Imed also confirmed that in this year’s edition of the festival, numerous Tunisian and Arab artists are going to perform in the intriguing music event.

“Last year’s edition was cancelled due to Covid-19 pandemic. We took the opportunity to work on several projects that we couldn’t accomplish in the past, such as the archive digitization of the festival since its creation. This year, we are going to make it up, the International Festival of Carthage is going to offer a magnificent blend of musical compositions by assigning several pioneers in the industry to perform.”

Being the oldest continuously operating annual cultural event on the continent, the International Festival of Carthage is Tunisia’s most prestigious and phenomenal festival and is considered one of the Arab, African and world’s most important festivals.

Official Carthage International Festival 56th edition will take place from July 11-August 17, 2021. The different events that the festival is going to host will include theatre and dance shows and musicals from Tunisia and around the world, as well as a special program for children.

Countries That Once Hosted The Largest City...

These Two Dancers Are Taking Tunisia by...