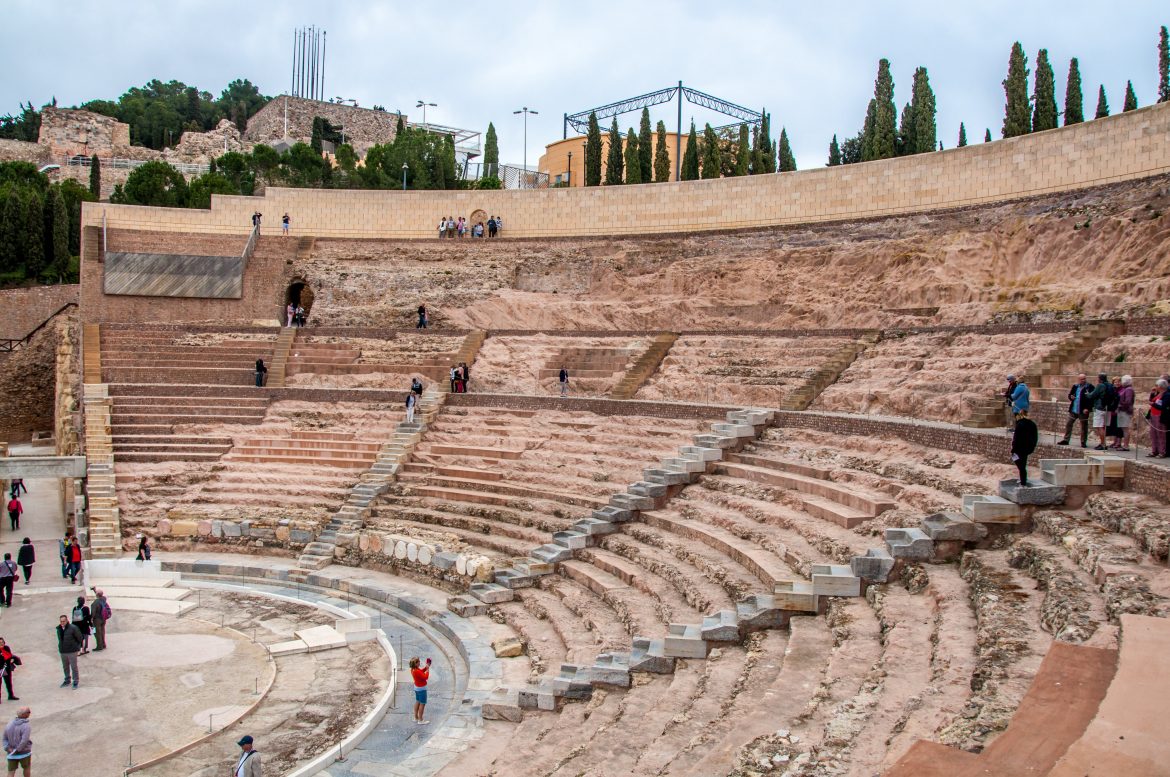 Carthage’s Roman Theatre and Odeon are the remains of historic public facilities that once seated over 5,000 spectators. The theatre has undergone major restoration.

The Roman Theatre and Odeon of Carthage in Tunis, Tunisia, is a restored ancient Roman theatre complex that is presently dedicated to host a variety of events. On the outskirts of the current city, visitors can now stroll around the serene historic ruins of the Odeon and, if they visit during the summer, catch a play at the International Festival of Carthage, a culture and entertain­ment venue showcasing talents every summer hosted in the Roman theatre.

The magnificent Carthage theatre, which goes all the way back to the second century AD, has stood the test of time. Its complex architectural system of steps and caves protects it against earthquakes. It was largely used in ancient times for theatrical performances and other cultural events such as poetry readings and philosophical debates. After being vandalized in the fifth century, the theatre was reopened towards the end of the nineteenth century.

Nowadays as it’s rebuilt, it is unclear how much of the structure is original, but it is realistic to see the Roman theatre as a reconstruction rather than a historic ruin. However, the same cannot be true of Carthage’s Odeon, which lies just opposite from the Roman theatre. The Odeon was never restored, and its ruins remain visible today.

Admission to the ruins (which include the Antonine baths) is 35 TND. The Bardo Museum now houses a number of statues discovered on the site of the Carthage Roman Theatre and Odeon.

How to Get to the Roman Theatre and Odeon in Carthage

Carthage is approximately 20 minutes by vehicle from Tunis along the N9 road towards the seaside. Local transit is an accessible alternative from central Tunis: the TMG light railway Carthage-Byrsa station is located within the old site and operates daily from early morning to midnight.