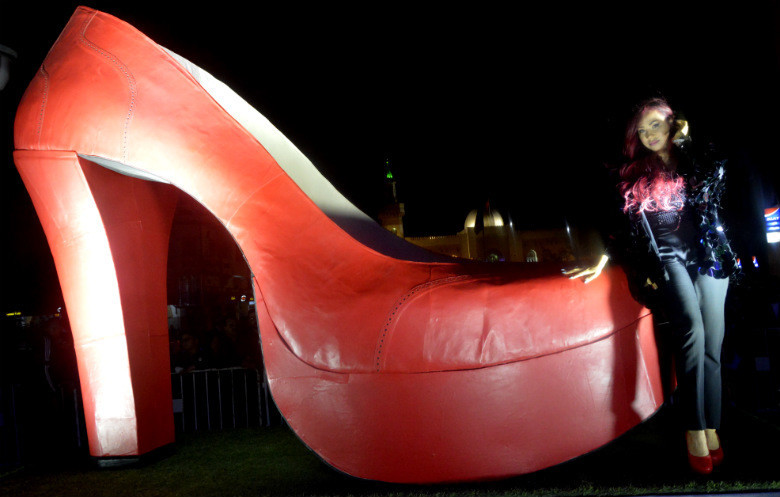 Fastest, biggest, first — a few places on the planet put as much pride in achieving world records as Tunisia does… and the accolades just keep coming.

Well, have you heard of these other record-breaking awards achieved in Tunisia?

The project was made possible by a Tunisian fashion designer, Larbi Bouguemha.

UPDATE as of 2019: Peru holds now this world record. https://www.guinnessworldrecords.com/world-records/largest-pair-of-jeans/

Hundreds of Tunisians gathered back in May 2015 in the desert area of Ong Jemel, Southern Tunisia, for the event to reveal the giant flag.

The world record became official. However, no aerial view was taken, as the organizers failed to obtain an official permission from the Tunisian authorities for drones or planes to film the flag, according to Rania Guiza, the spokesperson for the event. Luckily, the pleiades satellite captured an image for the flag in object.

This record attempt was organized to highlight the artistry and competence of Sfax city shoemakers as well as the growth potential of the leather and shoe industry in Sfax.

Nejib scored the longest duration swimming in the open sea with 76 hours 30 minutes.

The longest duration juggling five objects balanced on a ladder with a footplate is 56 seconds and was achieved by Emil Faltynek, a guy from Czech Republic in Kairouan, Tunisia, on 23 March 2013.

Made in Tunisia Airplanes — Twin Brothers Made Their Startup Fly, So High

International Festival of Carthage — Tunisia’s Most...