The Women Who Built Tunisia with Hands and Hearts7 min read 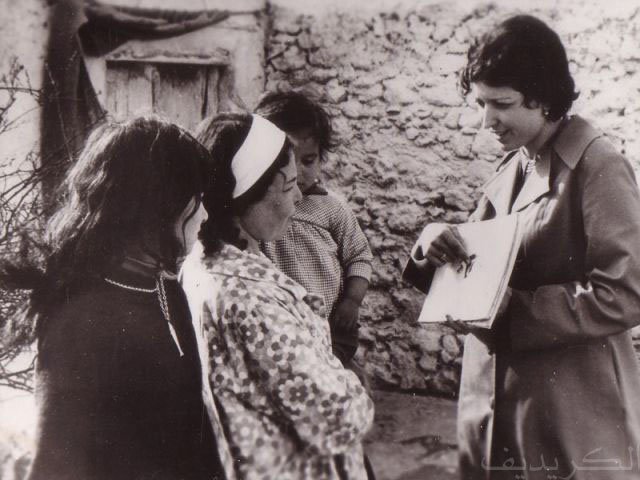 Tunisia is famous in the Arab world for its stance on women’s equality. Tunisia’s history has always been marked by women who have actively participated in the future of their country. They made their mark in politics, public life and academia.

This year, the theme of International Women’s Day is #BreakTheBias. Which is terrific news, as women everywhere still face discrimination and prejudice in matters big and small.

In hope for a gender-equal world, we would like to take a moment to celebrate the women who broke the bias long before hashtags became a thing – those who helped build Tunisia.

Dido, also known as Elissa, is the reputed founder of Carthage. She is the daughter of Tyrian king Mutto and the wife of Acerbas. After her husband was murdered by her brother Pygmalion, Dido escaped to the African coast, where she bought a piece of land from a local ruler, Iarbas, on which she founded Carthage.

Dido is regarded as an intelligent and ambitious woman who flees from her ruthless and authoritarian brother, Pygmalion, after realizing that he is responsible for her husband’s death. Through her wisdom and leadership, the city of Carthage is founded and made prosperous.

Dido continues to be a enduring figure in popular culture, featured in plays, artworks, and other forms of media well into the 21st century. Her legacy is particularly strong in Tunisia, where women are often referred to as “Daughters of Dido” and she is considered as a national symbol, having previously appeared on the country’s currency.

Sophonisba (fl. 203 BC) was a Carthaginian noblewoman who lived during the Second Punic War, and the daughter of Hasdrubal Gisco.

Loyal to her city, she held influence over the Numidian political landscape, convincing king Syphax to change sides during the war, and later, in an act that became legendary, she poisoned herself and died like a true Carthaginian princess rather than be humiliated in a Roman triumph.

Dihya or Damya, or in Arabic Al-Kahina, was a Berber queen and religious and military leader who led indigenous resistance to the Muslim conquest of the Maghreb, formerly known as Numidia, most notably defeating the Umayyad forces in the Battle of Meskiana, following which she became the supreme ruler of the entire Maghreb. She was born in the early 7th century and died in modern-day Tunisia near the end of the 7th century.

Women adopted Dihya as a symbol and used it to protest foreign occupation and, later, male hegemony.

She belongs to the Arab tribes of Bani Hilal and Bani Suleym and was known for her legendary beauty, sensuality and femininity, but she was also a skilled horse rider and a great warrior. She conquered Ifriqiya by order of the Fatimids and sacrificed herself, her husband and her children to save her tribe.

By calling for women’s education and freedom, Saida Manoubiya was truly a feminist ahead of her time. Saida Manoubia is regarded by most Tunisians as a revolutionary woman who broke tradition to become a leading religious figure in her community in the 13th century.

Saida Manoubia, whose real name was Aisha Manoubia, was born in 1180 to a conservative rural family. Her father educated her in religion. She had extraordinary ability in the classroom and an unique interest in spirituality, for which she elicited suspicion from the locals.

Aziza Othmana, her real name is Fetima Othmana, was a Tunisian princess of the Mouradites dynasty. She was born in 1606 and died in 1669 Aziza Othmana is one of Tunisia’s most prominent princesses and a member of the Mouradites family. Throughout her life, she was known for her good actions and kindness, earning her the nickname Aziza, which translates as “The Cherished One.”

Bchira Ben Mrad was a Tunisian activist for women’s rights. She was widely regarded as a pioneer feminist. From 1936 to 1956, she created and chaired the Muslim Union of Tunisian Women (UMFT).

The UMFT collaborated with Neo Destour. The organization, which does not receive a visa until 1951, created its laws with the purpose of increasing women’s knowledge, directing them toward education within the bounds of morality and religion, and promoting institutions for youth and children.

Tawhida Ben Sheikh, born in 1909, died in 2010. She was the first Arab and Muslim woman to become a physician in twentieth-century. She is particularly well-known for her work in women’s health and gynecology expertise. In early 2020, the Central Bank of Tunisia unveiled new banknotes honoring the female history maker in the country’s medical history.

Radhia Ben Ammar Haddad is a feminist activist who actively participated in the national movement against the French protectorate. After independence, she became one of the first women parliamentarians in Africa and the Arab world. She then chaired the National Union of Women of Tunisia (UNFT) within which she campaigned for women’s literacy and for their right to work in order to ensure their financial autonomy.

Tunisia obviously has other figures who have made its identity such as the Zirid Sultana Saïda Sanhajia or the saints Saïda Ajoula and Lella Arbia and more recently Asma Belkhodja-Rebaï, Sophie Bessis, Dalenda Larguèche, Gisele Halimi, Hélé Béji, Sana Ben Achour and so many others.

Saida Manoubiya: The Story of a Tunisian Feminist Icon