What Is Really Happening in Tunisia, Explained by Tunisians9 min read 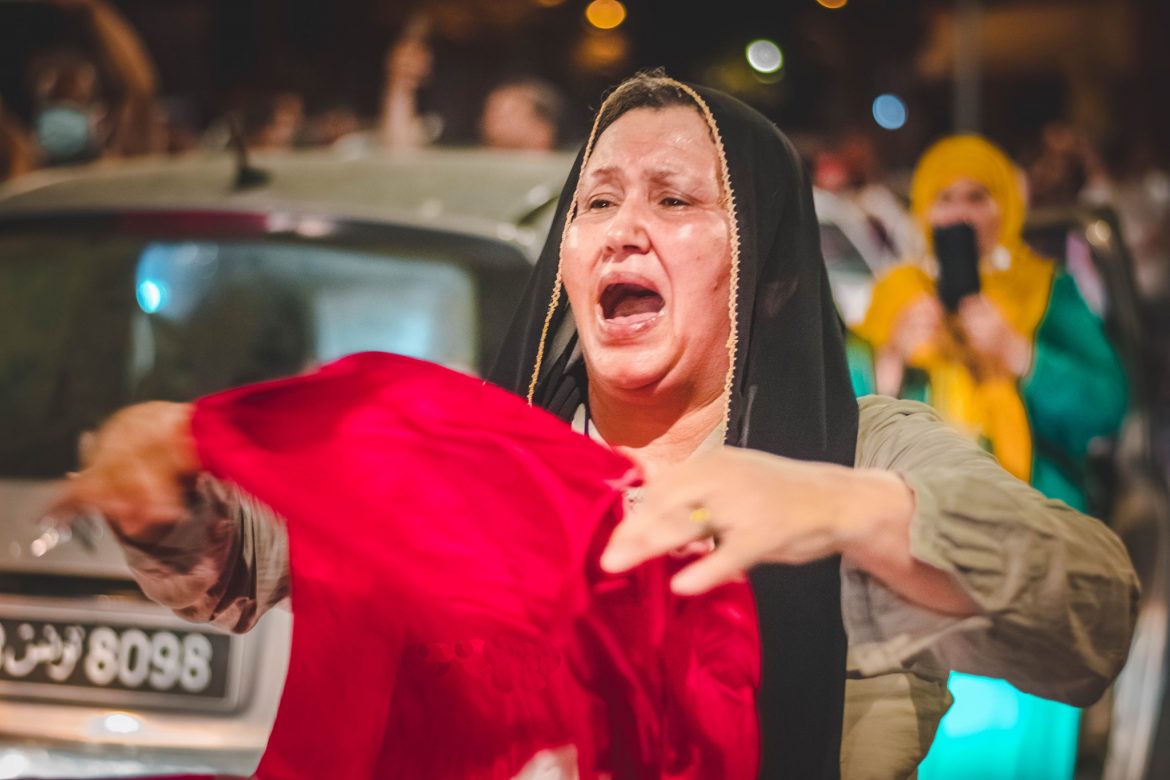 Has the Tunisian president staged a coup as some of the opposition parties allege, is Tunisia’s young democracy at risk, what is really happening in the country and what is likely to happen next?

Over a decade after the revolution, after strongman Zine el-Abidine Ben Ali stepped down in 2011, Tunisia has been popularly hailed as the only successful political transition to come out of that era. The North African nation began a democratic transition, and Tunisians have been since then enjoying unprecedented political rights and civil liberties.

However, the only democratic transition success story that emerged from the wider Arab Spring movement, has been plunged into a tough test after its president, Kais Saied, paused parliament and lifted the immunity of politicians for 30 days, citing a provision in Tunisia’s 2014 post-revolution Constitution.

President’s move has prompted accusations from Ennahda, the main party that has been present in the political scene and leading the country with majority seats in parliament since 2011, that Kais Saied has staged a coup.

What happened is the culmination of two converging series of events, one more recent and the other more long-lasting.

Since his election in 2019, Kais Saied, a law professor and social conservative who campaigned as an outsider, has been locked in a struggle with Tunisia’s parliament – with the Ennahda party holding the majority of seats within it – over the country’s post-revolution separation of powers.

Under Tunisia’s post-revolution Constitution, political power is supposed to be divided between the institutions of the presidency, government and parliament with disputes adjudicated by a Constitutional court.

That Constitutional court, however, has never established because of Ennahda, the main party with majority of seats and formed coalitions in the parliament, failed to form the court by the 2015 deadline. Several other important Constitutional institutions have never sat due to the high tensions in parliament.

Over the last period, these tensions as well echo wider political wrangling over key ministerial appointments that have led to deadlock, not least in the midst of a pandemic.

In a country with the worst Covid-19 crisis in Africa with highest death toll ever reported since the pandemic began, and amid widespread anger over the bungled handling of the vaccination roll-out. Over 19000 deaths due to Covid-19 in a country with a population of roughly 12 millions. President ordered the army to take charge of the response to the health crisis a week before his latest moves.

Demonstrations broke out on Sunday in several Tunisian cities as Tunisians expressed their anger at the deterioration of the country’s health, economic and social situation. Hundreds of thousands defied virus restrictions and scorching heat – more than 50C (122F) in some regions – to demonstrate. Crowds chanted slogans calling for the dissolution of Parliament and government.

Later on Sunday, Tunisia’s President Kais Saied activated article 80 of the Constitution, dismissed Prime Minister, suspended the immunity of all deputies, and paused parliament for 30 days. Saied confirmed he would assume executive authority with the assistance of a new prime minister. Security forces deployed around Parliament, preventing demonstrators from accessing it.

The protests were called on the 64th anniversary of Tunisia’s independence by a newly formed July 25 Movement. Mass celebrations took place around the country right after president’s decisions that were taken in result of huge protests by the July 25th movement.

How Similar Is This With What Happened in Egypt in 2013?

While it might look similar at first glance for foreigners, a lot of factors are very different.

Egypt’s Abdel Fatah al-Sisi was defense minister when he launched his coup, but Kais Saied is a civilian, albeit with responsibility for the security services as president. Saied is an elected president with over 72% of votes, close to 2.8 millions Tunisians voted for him. The latter has just announced some measures in accordance with an article from the Constitution.

All this has occurred amid discontent among voters over the state of the economy and a long-running identity crisis within Ennahda, which left behind its role as a more conventional Islamist movement in favor of being a more conventional political party.

How Tunisians Perceive What Is Happening

As Tunisians’ revolutionary goals remain unfulfilled, activists called for nationwide protests and strikes in response to socioeconomic conditions and against corruption, police brutality, and health system. Hundreds of thousands of Tunisians took the streets.

Along all of the mentioned, ongoing political tensions and the deadlock, the influence of endemic corruption, huge economic challenges, serious security threats, and continued unresolved transitional justice issues have all led to the birth of the July 25 movement. Tunisians consider all of the above factors, are the real obstacles to full democratic consolidation and therefore, most of them, agree with the president’s move and celebrated it.

In a Tweet thread, Tunisian Mathematician and Activist Belkis Anane shed the light on the previous Constitution violations conducted by Ennahda party over the last decade. Stated that no one cared about Tunisia’s democracy when all of this has happened.

Belkis has also shed the light on the misinformation that some foreign editors are sharing about Tunisia.

Even though most of Tunisians agree with what happened, some have also expressed their worries and concerns as the activated article also mentions that parliament needing to remain in power and that these measures may lead to the return to the authoritarian regime.

Tunisians are now happy as there is something radically changing but still very vigilant about the possibility to go back to dictatorship with presidential regime and it is a mistake to think that the country is going from democracy to a potential authoritarian regime as it is simply not the case. President’s move, in result of the massive protests, is seeking to move from a confiscated democratic process to a less corrupted, more accountable way of governing the country.

President Kais Saied claims to be bound by the Constitution, so the test will be how closely he cleaves to it with article 80, which he activated, allowing for a 30-day pause of parliament and other measures.

Ennahda has also asked its supporters to avoid escalating the situation on the streets in line with its generally pragmatic approach in recent years, in which it has attempted to avoid confrontations.

Unlike those of some of its neighbors, Tunisia’s civil society – including organisations such as the influential UGTT national trade union – is better developed and expected to play a role in any dialogue in the coming weeks. Another key test will be if Saied appoints a prime minister.

It is and will be a long road to democratic stability. But Tunisia has bucked the trends observed in the region and Tunisians are up to the challenge of continuing to do so.

Can Tunisia Finally Get Past the World...