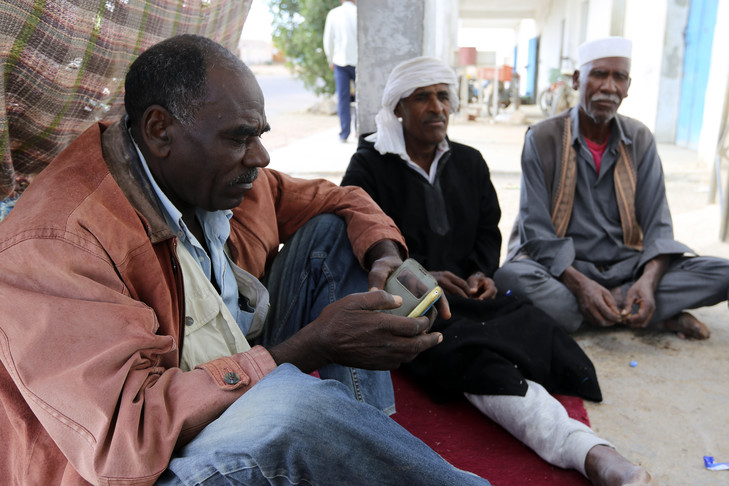 If your first reaction to this article is that you ‘don’t need to read this’, then you probably should. It is your responsibility, if you are not Black, to educate yourself on anti-Blackness and to actively work against it. While you may think this isn’t an issue for Tunisians, it is in fact, much closer than you think.

Tunisians come from a multi-racial community in which Black Tunisians are systemically and socially disadvantaged. Anti-Blackness and color-ism are just as rife in Tunisia as they are elsewhere.

You may not commit over acts of racism in daily life, but we all participate in a society that benefits from racism. And many of us, especially if you grew up in Tunisian culture, commit daily microaggressions that stem from subconscious bias.

It is the small things you do: Locking your car doors when a Black person walks by, using the world “ghetto” in casual conversation, etc.

These are a few of many statements that one can hear from non-Black Tunisians when confronted with race-based talks – specifically ones that spark conversation on anti-Black racism or racial visibility.

From black-face to the use of the N-word and other racial slurs, anti-Black racism in North African communities does exist, and non-Black Tunisians are complicit to the violence against Black people whenever we choose to remain silent.

“I can say that ‘N’ Word because Technically I’m from Africa.”

I think we both know that is not true. You have no reason to say it — even if you have Black friends or live in a predominantly Black area. And no, it does not matter if you end it with an “a.”.

Suggested Read: 1846, Slavery Abolished in Tunisia — Both the first Arab and the First Muslim Country to Do So

If you know about its horrific origins and the way it was used to attempt to strip away Black people’s humanity, why would you want to use it, anyway?

“I’m Not White, so I Don’t Have or Benefit from Privilege.”

Well… yes, you do. No one wants to hear they’re privileged — but the fact that you are uncomfortable with your privilege does not make it any less real.

Nobody is saying that your life does not matter, but right now it is Black lives that are being undervalued, and this has been the case for decades, if not centuries.

“One time I talked to a Black person and they were rude to me. I don’t like Black people because of personal experience.”

And I bet a white person or a Tunisian has been rude to you before, too. It is time to examine why you are so much more forgiving of white people, and even other Tunisians, than you are of Black people.

I’ll give you a hint: Institutionalized racism that you have been taught since birth, whether you grew up in Tunisia, Europe, or elsewhere.

“Statistically, A higher Percentage of Black People are in Prison.”

Racism in hardwired into our criminal justice system. Where the same crime has been committed, a white person is much more likely to walk free than a Black person. Cops are more likely to arrest Black people, because they, by virtue of being Black, are deemed “suspicious.”.

Additionally, predominantly Black communities are over-policed, and cops are considerably more likely to use violent and aggressive measures, where in some cases they wouldn’t for white people, as we have seen time and time again.

“I’m Not Racist, I Promise! I just Don’t Let my Kids Stay in the Sun for too Long Because Lighter is Prettier.”

Yes, that is racist. The idea of European traits being the standard of beauty, and you upholding that standard by making comments like “You’d be so pretty if you were a little lighter-skinned”, straightening your hair, not tanning, etc. is wrong.

You need to examine whether straightening your daughter’s hair and ripping off her facial hair is “personal preference,” or if it is brainwashing.

“I know all of this, which means I’m Not Racist! I don’t Have to Do Anything Now.”

Not quite. In this case, silence is violence. And if you really aren’t racist, why don’t you want to help?

So glad you asked. Online, you can sign petitions, if ever you come across them. If your city has organized protests, you can show solidarity by attending them. It is also important that you educate yourself. There are tons of resources written by Black activists that have free PDF’s online!

Finally, it is integral that we educate others: Whether they be your family members or your friends, don’t hesitate when it comes to challenging racism.

7 Things You Didn’t Know about Tunisian...