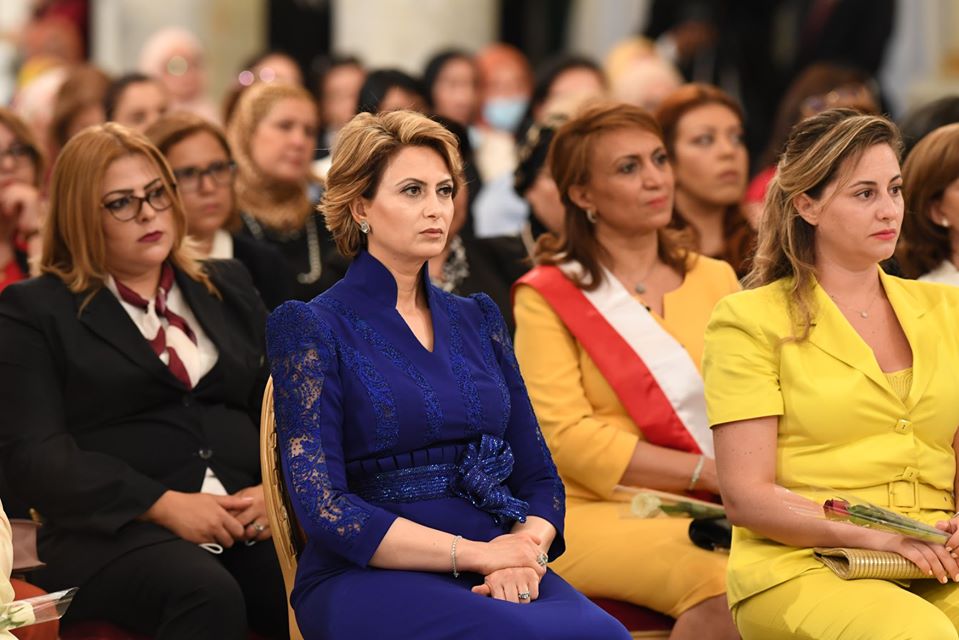 If there is one major highlight for this week’s Facebook trending posts, it would be our new first lady’s appearance during president Kais Saïed’s speech on National Women’s Day; an occasion that has been celebrated in Tunisia every year on August 13th, since year 1956.

Mrs. Ichraf Chebil Saïed, 46 years old, born in Téboulba, Sfax, and previously a magistrate at the Court of First Instance in Tunis, before allegedly retiring to become officially the First Lady of Tunisia in October 23rd, 2019, is rarely the center of attention of Tunisian media and is known for staying off the lights and press conferences.

Yet earlier this week, she stirred the internet, mainly Facebook, and divided it into admirers and random trolls, after a couple of her photos at the ceremony attracted the public attention. The blue website’s timelines went full of pictures of her in a blue dress that matched the predominant theme of Traditional dresses at her first official appearance.

The Blue dress quickly went viral for its intricate design that is seemingly inspired by Asian Couture, featuring a high collar, delicate mid-length lace sleeves, a fitted embellished bodice, highlighted by a Kimono Sash look-alike belt, and a simple midi hemline. Although its colour and modesty were the perfect combination, especially that the first lady seems to love colour Blue, many comments on the post argued that the look reached its perfection thanks to both the designer and the lady who wore and styled it.

And indeed, we can’t argue that our first lady does in fact have a great style, as it appears from the few looks we witnessed prior, that she can equally rock Black and other shades of blue. Let’s hope she will bless us with more outfits in the near future since we can finally say we have a political female figure that rivals those of other countries such as Queen Rania of Jordan or the Duchess of Cambridge.

Kafteji: a Healthy Version of your Favorite Tunisian Dish