Here’s How To Do the Tunisian Cheek Kiss5 min read 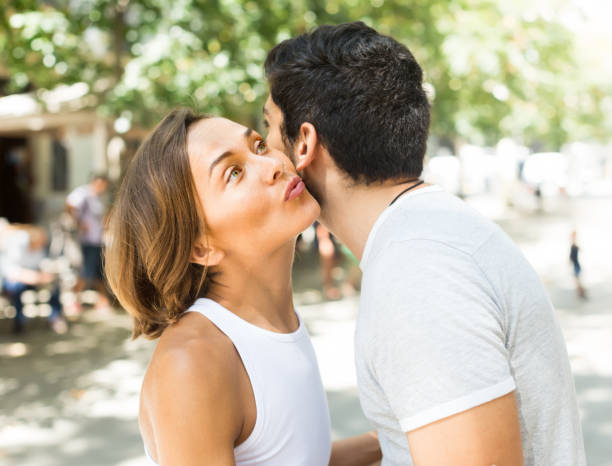 In any country you visit, there are a plenty of unwritten rules that you should quickly learn in order to avoid offence or embarrassment. And Tunisia has a surprising amount of such rules.

From how to order coffee to which pasta shapes to pair with which sauces, from hand gestures to the use of ‘Asslema’ and ‘barsha,’ attempting to fit in with Tunisians can be a minefield.

And one of the tricky customs with the highest potential for embarrassment is undoubtedly the cheek kiss.

Suggested Read: 10 Cultural Aspects You Need to Know Before Traveling to Tunisia

Each time they meet someone new, newcomers face the ‘to kiss or not to kiss’ dilemma, and unfortunately, there are no hard and fast rules as in some other countries. This means that there is a strong possibility of accidentally kissing someone on the lips, slamming noses, or otherwise identifying yourself as an awkward foreigner.

Tunisians are, on average, more touchy-feely than their neighbors, and kissing as a greeting has a long history in Tunisia, and indeed throughout the Mediterranean region.

Back in the days, kissing was not as strongly associated with love as it is today, it was used as a sign of respect; for example, slaves would kiss their masters.

While understanding the long history of the kiss provides insight into how deeply ingrained it is in Tunisian culture, it does not necessarily help you understand how to react when actually faced with the greeting – so here are our recommendations.

The general rule for cheek kisses is that two light kisses, one on each side, should be given. In some areas though, mostly in the southern part of the country, four light kisses is the norm. Well, unless you are extremely close friends, your lips should not touch the other person’s cheek; instead, aim to lightly touch your cheek to theirs. In terms of which side to approach first, leaning right is usually more natural, but pay attention to the other person’s cues to avoid colliding.

When deciding when to use the kiss, cultural norms vary by region, but the decision is mainly dependent on context. This includes your social situation, the genders of you and the other person, and whether or not you’ve met before.

Because this is an informal greeting, avoid from leaning in when meeting your boss for the first time or when your evening’s waiter introduces themselves.  The kiss is less widespread at business and networking events and is typically reserved for casual social gatherings – and even then, some people prefer to maintain their personal space.

The greeting is most frequently used between two women, man-on-man or a woman and a man.

It is important to maintain a consistent approach. If you kissed someone previously or used the kiss to greet them, make a habit of doing so again when you meet or say goodbye to them, or they may wonder what they did to offend you.

However, the most important thing to remember is to follow others’ lead: if you’re in a group and everyone else is kissing, feel free to follow to do the same thing; however, if you’re unsure, it’s best to err on the side of caution and miss it. Simply being in Tunisia does not require you to adopt every single local custom, and most people will understand if you opt for a handshake or hug instead.

Letters of Transit: Tunisian Passport Throughout the Years