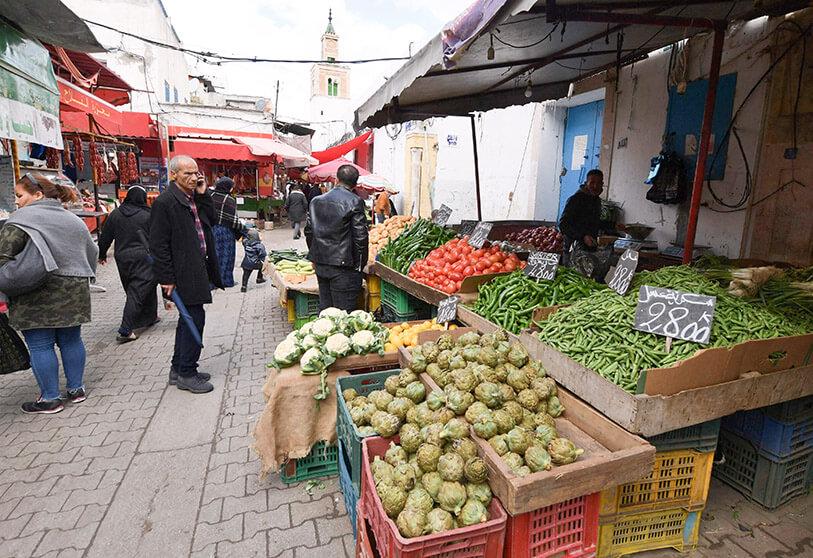 Tunisia’s central bank warned that the highest inflation in more than three decades may spiral out of control and further erode the country’s fragile finances.

Inflation will continue to rise in Tunisia, reaching 11 percent in 2023 compared to 8.3 percent in 2022, worsening the country’s economic and political crisis.

Tunisia’s central bank governor warned earlier this Month inflation could spiral out of control if it did not raise interest rates. Abassi said inflation in Tunisia was expected to average 11% in 2023, up from 8.3% in 2022, when two interest rate hikes were made.

“The situation will be difficult if Tunisia does not reach a deal with the International Monetary Fund.”

At a news conference, Tunisian economy minister Samir Saeed presented the inflation forecast announcement. “2023 will be a difficult year,” the minister said.

Tunisia is highly reliant on food and energy imports, and its economy has been negatively impacted by the greatest political instability in a decade.

The opposition requested the resignation of President Kais Saied in the wake of the lowest voter turnout (8.8 percent) ever recorded in Tunisia’s legislative elections on December 17, arguing that he had lost his legitimacy due to the massive voter boycott.

After President Kais Saied suspended parliament and established a new constitution, diminishing the prominence of political parties, the country descended into political turmoil. These actions have been labeled a coup against democracy, causing regional and international alarm for the stability of the country.

The U.S. State Department stated that the lower voter turnout “reinforces the need to substantially broaden political involvement in the coming months.”

The U.S. government emphasized the significance of enacting inclusive and transparent reforms, including the empowerment of an elected legislature, the establishment of the Constitutional Court, and the protection of human rights and fundamental freedoms for all Tunisians.

“We will continue to support the Tunisian people’s hopes for a democratic, accountable administration that protects free speech and dissent and supports civil society. The U.S. State Department also urged the Tunisian government to take the necessary actions to address the present economic crisis and promote long-term stability and prosperity for all Tunisians.

According to the World Bank’s most recent study, Tunisia’s trade deficit increased by a record 56% in the first semester of 2022, reaching 8.1% of GDP, while the budget deficit, exacerbated by rising energy and food subsidies, is projected to reach 9.1% in 2022, up from 7.4% in 2021.

The World Bank warned that the poor economic recovery after COVID-19 and a delay in implementing essential reforms, notably subsidy cuts, are likely to exacerbate Tunisia’s budget and trade imbalances.