Tunisia Might Lead F-35 Maintenance in the Region4 min read 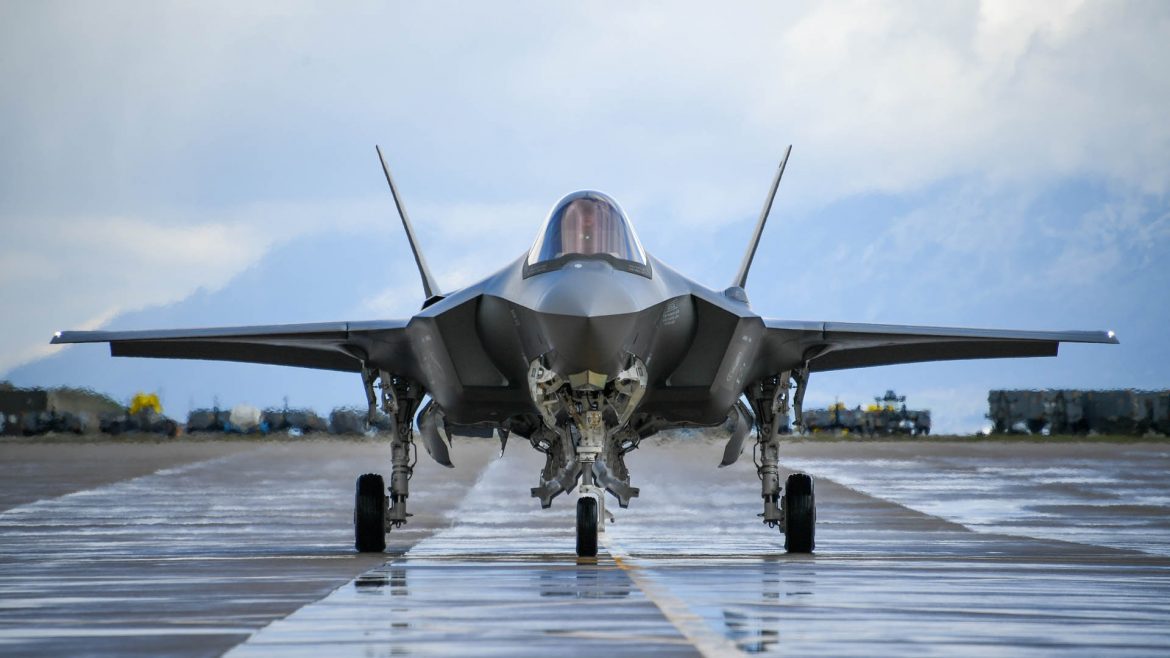 The crisis in the relations between the United States and Turkey is opening the possibility that the maintenance of the engines for the F-35 stealth fighter will be transferred to Tunisia, according to an article published by the U.S. House of Representatives Committee on Foreign Affairs.

The F-135 engine maintenance center that it might take place in Tunisia, is much likely a result of the US move to remove Turkey from its F-35 jet program, several military experts pointed out.

The United States had already removed Turkey from the F-35 fighter jet program after the delivery of the Russian S-400 missile system.

The White House issued a statement back in June 2019 confirming the move, which Washington had threatened for months.

“Turkey’s decision to purchase Russian S-400 air defense systems renders its continued involvement with the F-35 impossible,” the White House statement read. “The F-35 cannot coexist with a Russian intelligence collection platform that will be used to learn about its advanced capabilities.”

On September 2, 2020, the U.S. House of Representatives voted to approve the export of 33 million dollars in defense articles, including technical data and defense services, to Tunisia. The published article mentioned that the defense articles would support the manufacture, integration, installation, operation, training, testing, maintenance, and repair of F-135 propulsion system.

Pratt & Whitney’s F-135 propulsion system is the engine of choice for all the three variants of the F-35 Lightning II, fifth generation, advanced, single-engine tactical fighter developed by Lockheed Martin in conjunction with BAE Systems and Northrop Grumman.

The F-35 is the most advanced and the first truly international fighter aircraft development program – developed to serve the United States, the United Kingdom, Italy, the Netherlands, Canada, Australia, Denmark, Norway and other allied nations.

While no extra details have been confirmed other than the ones made available by the U.S. House of Representatives Committee on Foreign Affairs, the annoncement truly paves the way towards bringing Tunisia into the Lockheed Martin F-35 program.

Tunisia is a strong partner and close U.S. ally in the region. Tunisia is also a major non-NATO ally of the United States and already works with the U.S. on many shared interests and concerns. The two countries enjoy strong diplomatic relations for over 200 years. The U.S.-Tunisia alliance increasingly strengthened as well since the Tunisian revolution of 2011.

Tunisia and the U.S. also share strong military ties. In October 2020, Tunisia signed a 10-year military deal with the US to further develop the military cooperation.

The long-term strategic commitment consolidates and encourages military cooperation based primarily on the provision of anti-terrorist equipment and military training. “The US will also train Tunisian army forces on the maintenance of US military hardware and equipment sold or donated to Tunisia”, US Defense Secretary Mark Esper mentioned in a press release.

While the Tunisian industrial participation remains unclear, as per the announcement in the article of the U.S. House, the budget would allow to support the manufacture, integration, installation, operation, training, testing, maintenance, and repair of F-135 propulsion system, the engine that powers exclusively all the three variants of the F-35 aircraft.

Military experts pointed out that this is likely that Tunisia is going to host a F-135 engine maintenance depot, which would be Africa’s only F-135 maintenance center.

Similar to the available maintenance centers worldwide, if ever built, it is expected to employ and educate mechanics, technicians and logistics personnel that will incrementally take on more complex repairs and an increased work scope of the F135 engine.

Therefore, a huge economic value can certainly be added to the Tunisian economy, and potential employment resulting from future F-35 sustainment activities.

The 10th Anniversary of the Tunisian Revolution