The Capital of Tunisia: Everything you Need to Know about Tunis9 min read 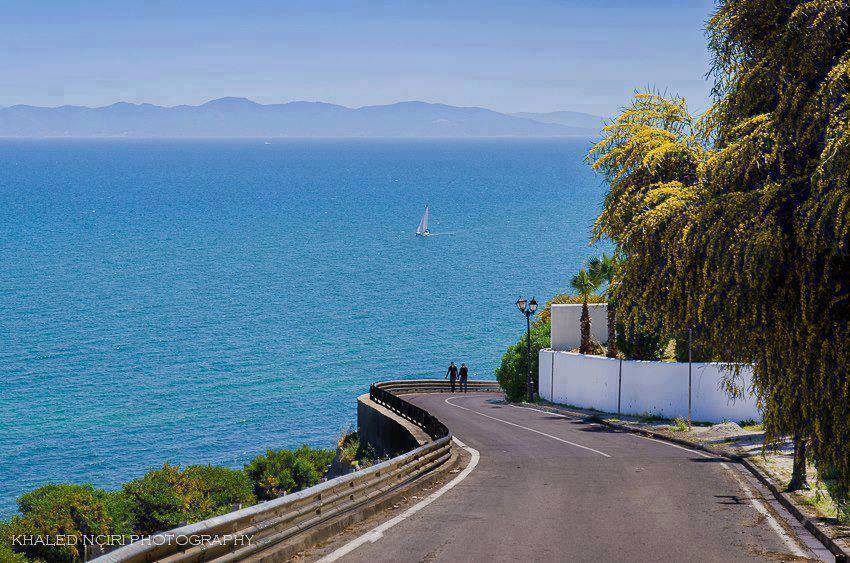 Th is all about the capital of Tunisia: history, culture, and lifestyle of Tunis.

What City is the Capital of Tunisia?

Tunis, the capital of Tunisia, is located between the western and eastern basins of the Mediterranean Sea on the northern African coast. The city of Tunis is situated at the end of the shallow Lake of Tunis, an inlet of the Gulf of Tunis, and is connected to its port, La Goulette, 10 kilometers to the northeast. It is the largest and most populated Tunisian city.

But, as you may know, Tunisia’s history has been quite chaotic and Tunis hasn’t always been the capital of Tunisia. In fact, there have been other capitals before the gorgeous Tunis.

Let’s find out more about the history of Tunis and the former capitals of Tunisia.

The founding of Tunis is related to one of the greatest epics in Western literature. In Virgil’s Aeneid, Queen Dido founds Carthage, the historical predecessor of Tunis.

Phoenician Carthage produced both notable sons and daughters, like King Hannibal, who challenged the might of Rome by marching his elephants over the Alps during one of the many Punic Wars fought between the two great empires.

Tunis and Carthage were destroyed during the Third Punic War between Carthage and Rome in 146 BCE. The city flourished under Roman rule, although its significance mostly stems back to the Muslim invasion of the seventh century CE.

It was occupied by the Germans in 1942, liberated by British and Allied forces in 1943, and became the capital of Tunisia in 1956, when independence was declared.

The city’s population became known over subsequent decades for being well educated and relatively European in its outlook and attitudes.

Tunis is currently the nation’s political, administrative, and commercial hub. About one-third of the nation’s gross domestic product is generated within the metropolis. The city is home to the Carthage Palace, the president’s official residence, the parliament, the Constitutional Council, the courts, and other significant national government structures of Tunisia.

Tunis is a fusion of modern European city style characterized by cosmopolitan cafes with a well preserved Medieval Medina (old city/town) bustling with souks and several archaeological treasures. Tunis is the gateway to the ruins of the ancient city of Carthage, Tunisia’s most renowned archaeological site.

What to See in Tunis?

There is plenty to see and do when you live in Tunis. A culturally diverse city that has spent centuries seeping in a fascinating mixture of French, Spanish, African, Turkish, Arabic, Maltese and Italian influences.

One of its most famous landmarks is the Zitouna Mosque, the largest building of its kind in the country, which has been the city’s most distinctive feature since the 8th century.

For people watching, there are few experiences quite like the Souk in Medina during a busy market day, where merchants and buyers barter loudly on the packed streets. It can all be pretty overwhelming at first, though it is actually far less aggressive than the markets found in many other Arab countries.

That’s not all: Tunis is famous for its delicious food, diverse architecture, good weather, and the fascinating historical monuments and sites such as the Roman Theatre of Carthage, Antonine Baths, the Acropolium of Carthage and more, from Carthage era to the the ancient Roman Empire to the French protectorate and independence. If you love food, art and history, in Tunis, you can find everything you need for a perfect holiday in Tunisia!

Tunisia’s capital city has a huge cultural heritage due to its prominent role in the ancient Carthage and Roman Empires, the early centuries of the Islamic period, and all the other different civilizations that had ruled and therefore influenced the city such as the Vandals, Byzantine, Arabs, Ottoman, French and so on.

It is impossible to summarize the myriad of mosques, synagogues, churches, monuments, museums, and buildings you can see in Tunis. Here is a list of the most iconic monuments and places to see in the gorgeous capital of Tunisia:

What to Do in Tunis?

Living in Tunis is an experience that everyone should try – may it be for a weekend, a couple of years, or for your whole life.

Life in Tunis is more relaxed than in other European or American cities: after all, Tunisia is known for its leisure time and Tunisians’ Mediterranean attitude, which is mostly slow-paced and laid-back.

There is, however, a flip side. As it is the country’s political, economic, and administrative center, Tunis is also very chaotic and messy.

The traffic in the urban area is relatively high, and it isn’t very easy to move by car. Due to that, the air in Tunis is more polluted than its surroundings.

Moving around Tunis can become a problem: buses and other infrastructure may work badly, while the regular Taxis are more functional.

However, living in the capital of Tunisia can be fulfilling due to the vast cultural offers. Tunis is rich in cultural events, and there are plenty of monuments, historical sites, and museums.

What are you Waiting for to Visit Tunis?

Tunis is worth a visit if you prefer living in a culturally vibrant setting, eating delicious food, and enjoying your free time.

You can either visit for a few days or for longer durations; either way, you will undoubtedly enjoy the experience.

Douz: Glamping Under the Tunisian Stars