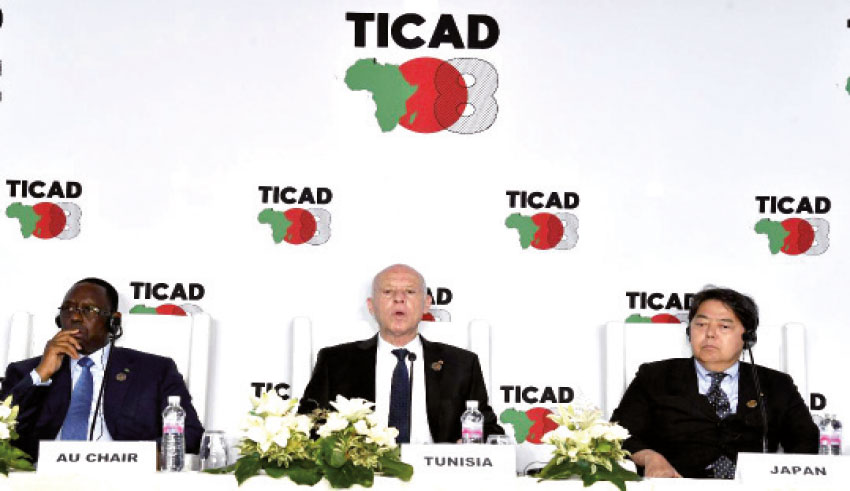 The Japanese aid commitment will be delivered over a three-year period, with smaller sums also available for food security in Africa.

The eighth Tokyo International Conference on African Development, also known as TICAD 8, ended on Sunday with the approval of a statement emphasizing the significance of fair and transparent funding for Africa’s development.

Japan has promised $30 billion in funding for Africa’s development, stating that it wants to cooperate more closely with the continent at a time when the rules-based international order is challenged by Russia’s invasion of Ukraine.

The eighth Tokyo International Conference on African Development (TICAD8), as it is formally known, takes place as Beijing’s “Belt and Road” infrastructure initiative consolidates its influence on the continent.

Saturday at the summit in Tunisia, Japanese Prime Minister Fumio Kishida stated that Tokyo would endeavor to ensure grain shipments to Africa despite the worldwide grain deficit.

“If we give up on a rules-based society and authorize unilateral, coercive changes to the status quo, the repercussions would be felt not only in Africa, but throughout the entire world,” Kishida stated via video link after testing positive for COVID-19.

Kishida stated that the $30 billion in Japanese funding would be disbursed over the course of three years, offering smaller amounts for food security in conjunction with the African Development Bank.

In his opening remarks at the conference, the president of Tunisia urged attendees to “find means for African peoples to realize the ambitions and dreams of the first generation following independence.”

He praised Japan’s ability to “achieve growth while preserving its cultural and social traditions.”

“The status quo cannot continue. Africa, with all its richness and treasures, cannot allow its people to remain in poverty, he remarked.

Document: The Declaration of Tunis.

USI MEM Empowers the Next Generation of Young Change-Makers