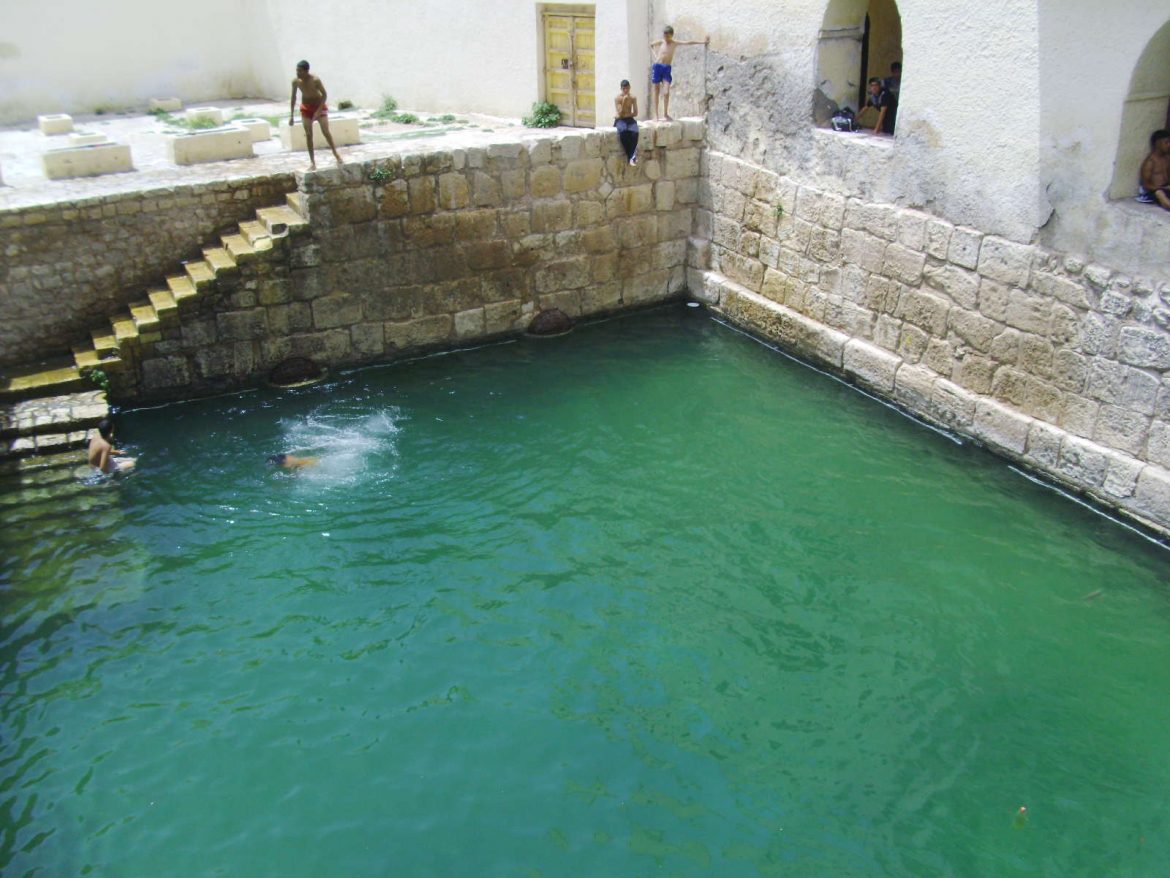 There are three Roman pools of Gafsa, in Tunisia, two of which are open. Built in the 2nd century BCE, they are about five meters deep and are fed by hot water springs.

Gafsa is a city located in the south-west of Tunisia and is the largest city in this region. The city has known many civilizations, the most important of these civilizations is the Caspian Civilization, approximately 8000 years before history, from which the name of the city was derived Gafsa, Capsa.

Several civilizations followed, including the Carthaginian, Punic, Roman, Byzantine, and the Arab-Islamic Civilization. Among the most important archaeological monuments that can be visited in the Gafsa are, with no doubt,

The Roman pools, a group of basins, its walls built with square-shaped stones bearing mostly Roman inscriptions and letters, were erected around abundant water sources, and it consists of three pools, two without a lid, and the third has a roof in the form of two domes, and these three basins are connected by underground channels and the water comes from sources in the land of these same basins.

Only the two basins without a roof were left, and the water supply was carried out by the springs in the area until these dried up due to intensive industrial exploitation starting from the second half of the twentieth century.

Gafsa state derives its fame from the Roman pools, which are located in the center of the ancient city and It plays an important recreational and cultural role, in addition to forming swimming pools through which the residents extinguish, the brunt of the extreme heat, which is on average about 42 degrees in summer, is used to revive evenings that attract residents to stay up late and watch concerts and cinema shows.

Khaled Daboubi, 37 years old, Computer Engineer. I worked on several positions in several startups around the world. Currently, I am a consultant in the Minister of Energy of Quebec in Canada.

The Land of Harissa, Dates, and Olive Oil — You Guessed It

Interesting article khaled. As always, you are the best representive of tunisia and specially of gafsa. Best of luck to you and your family.