Tales from the Past6 min read 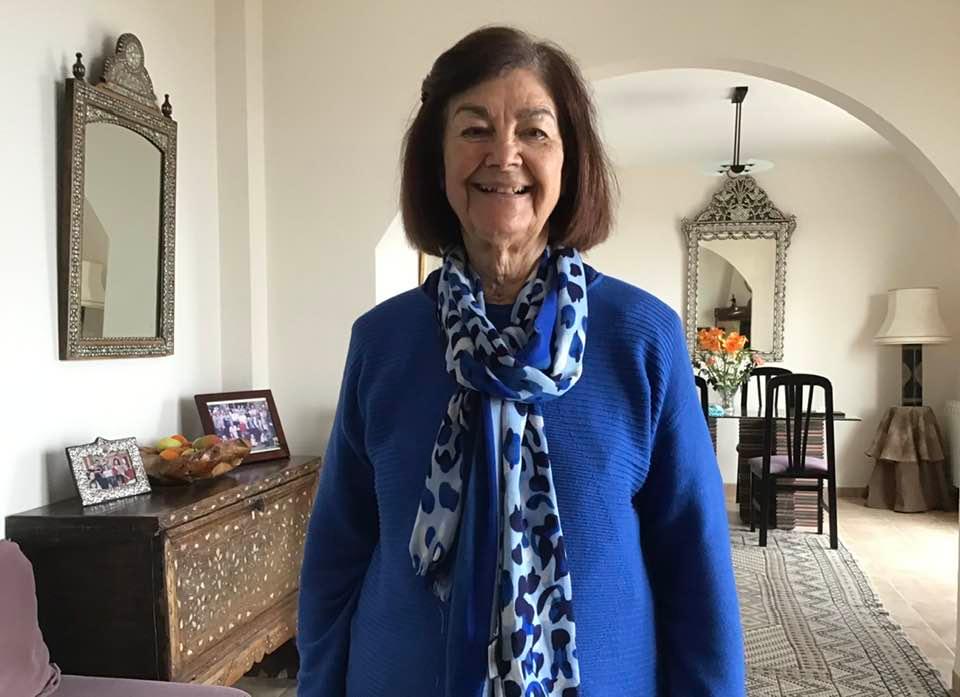 You may want to know who I am. Before presenting myself to you by name which most of you would forget, I prefer to tell you what I do from the heart which is much more important and you are more likely to remember.

My life revolves around people, friendships and charity. This leads me towards things that bring us together such as music, dance, poetry and sport. Of course there are bigger questions like jobs and marriage, but these seem to sort themselves out without input from others like me.

When my father passed away in Kairouan in the summer of 1947, I was a little girl of just over three years old. The adults in our household, Mother, Grandmother and Auntie were all women. My 22 year old mother was now a widow, with 3 tiny children. She had never worked, but found herself needing to provide for us by working from home. We all lived in Grandmother’s house, so she was the head of our family, and had to find all the solutions.

Mother became a carpet maker and seamstress and I learnt to act as “the man of the family”. This meant that a recently orphaned little girl had to do all that was needed outside the home: shopping, paying bills, fetching my father’s pension from the bank, and talking to anyone in the city on behalf of my family at home. By the age of Seven I sold carpets in the market and drove hard bargains because I needed to get the best price for my mother who worked hard to weave them.

This sounds like the opening of a Count Dracula horror story, or worse! But now, looking back over the seventy five intervening years, I think of that period of my life, and feel blessed. The shop-keepers and market traders of Kairouan looked after me and helped me on my way. They called me ‘the little Souissi man’, because they were as proud as I was of my late grandfather, a poet and philanthropist. I was able to go to school. I learnt to speak French and recite the Holy Koran. And my lovely Aunt Moufida filled my head with exciting tales of our Holy city and its world of learning.

Yes, life was busy, but it was also filled to the brim with promise and excitement. Clearly I enjoyed a secure and loving childhood, even if it was a little unusual, and I feel nothing but gratitude for a safe place in which to become acquainted with the world around me. It gave me an amazing learning experience. Maybe it was a case of “what does not kill you, makes you strong”. And strong I became. Thank you Kairouan!

Let’s not pretend that all life was wonderful. There were sunny days, and there were dark times to live through. I would like to share one of Aunt Moufida’s lessons about life with you, one which served me well all my life. I was then Seven year old. It was one of many Jeha stories she told me. In my youth everyone knew it, even though it was never taught at school. I would like to relate it because it is a character forming tale. Jeha was the village simpleton.

One day he was walking down the main street to the market, as usual his son and his donkey walked by his side. Some people began to laugh at him: “What an idiot. What is a donkey for if not to carry people?”

Being a careful listener he put his son on the donkey and mounted it as well. Other people were disgusted with his unfeeling attitude: “Poor donkey! These people are heartless. Look at the poor creature trying to climb this hill with a heavy load on its back. Didn’t Allah give them legs?”.

Jeha thought he had over-reacted. Perhaps he had better climb down and let the donkey carry his son. That would please the folk worried for the health of the donkey.

A few metres on, other passers-by began to attack Jeha’s useless son for being an obvious member of a selfish generation: “This youngster is terrible. So disrespectful of his elders and betters! How fit and healthy he looks and yet he makes his poor father walk. Such a thoughtless child!”

Now Jeha blamed himself for not understanding people’s concern. “They meant me to ride because I am older”. So he lifted his son down and clambered onto the donkey’s back instead. A few minutes later another group of people started insulting Jeha for his heartless lack of fatherly feelings.

“How come a child with little legs has to walk all this way while his father rides in comfort. Isn’t it a shame how he gives a bad name to us fathers”.

By now poor Jeha felt utterly confused. He sat down by the roadside and thought: “I despair! Surely there must be a way to please people. Then he lost himself in thought until another idea struck him, that might satisfy everyone. “Found it” he said to his son. :”Come on, let’s carry the donkey” So each one took two legs and continued on their way.

Within a minute a crowd had gathered, laughing their heads off, giggling and pointing at them: “You see what a prize idiot Jeha is! Why don’t we all carry our mules and donkeys around?. Ha, ha, ha”! Then Jeha was left to count on his fingers the different ways for a father, his son and a donkey could safely go to market. He concluded that it could not be done to everyone’s satisfaction.

After telling me this story my aunt asked. “Do you think that Jeha missed a way to please people?”

As the story was told I was preparing for the surprise question she habitually asked.

“Of course, Auntie, he had to do what was convenient for him and his son. He should not have worried about those awful busybodies. That’s what I would have done.”. And, for the rest of my life I did precisely that. I tried not to hurt anybody. My advise to everyone is live and let live. Remember that some people actually choose to be hurt. You cannot help them. But respect everyone’s religion and be sure to respect your own instincts. I certainly did it my way, as often as I could.

Hey, by the way, my name is Hafida Ben Rejeb Latta. It has not been so from birth. But that is another story. Perhaps I will tell it next time.

Next Read: Tales from the Past | Part II

The Mysterious Tunisian Drink that Makes You...