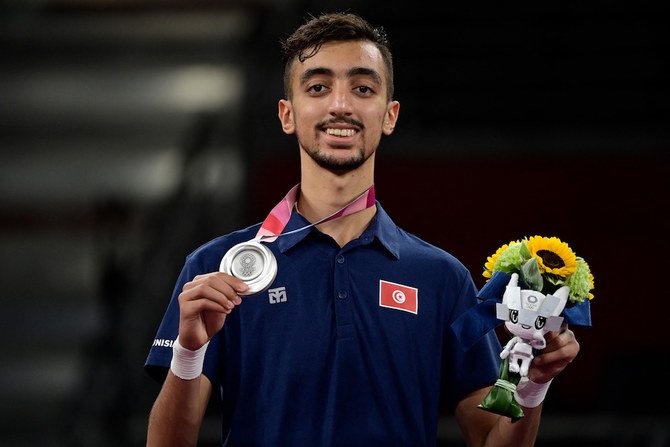 Taekwondo fighter Mohamed Khalil Jendoubi became on Saturday the first Tunisian and Arab to win a medal at the 2020 Tokyo Olympics.

Jendoubi secured the silver after being beaten by Italy’s Vito Dell’Aquila, who secured the gold medal, the Italian’s first Olympic medal.

The final was another thriller that was tied 10-10 with about 15 seconds left before Dell’Aquila won with a flurry of scoring strikes.