Qatar World Cup: Tunisia Is Out Despite Historic Win Over France1 min read 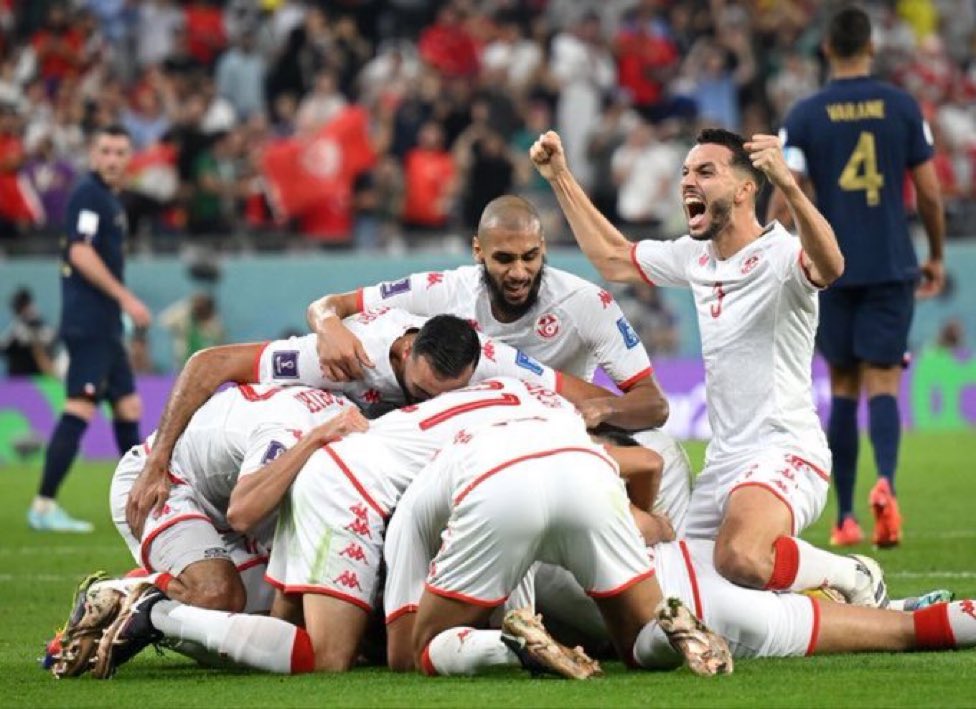 Victory over defending champions is not enough to send Carthage Eagles to the knockout stages.

Despite a historic triumph over defending champions France on Wednesday, Tunisia failed to move to the World Cup quarterfinals in Qatar.

The 1-0 victory propelled the Carthage Eagles to third place in Group D with four points, missing out on qualification by two points to France and Australia, who both accumulated six points.

The North Africans dominated the majority of the action until the 58th minute, when Wahbi Khazri scored a magnificent goal by gliding past the French defense and into the net.

The goal momentarily placed Tunisia in second place in the group, where they may have qualified for the following round for the first time.

But the jubilation were short-lived as Australia scored the game-winning goal in the other match against Denmark, relegating Tunisia to third place.

Tunisia opened the tournament with a scoreless draw against Denmark before suffering a 1-0 defeat at the hands of Australia.

They were the third side from the Middle East and North Africa to fail to qualify, following Qatar and Iran on Tuesday.