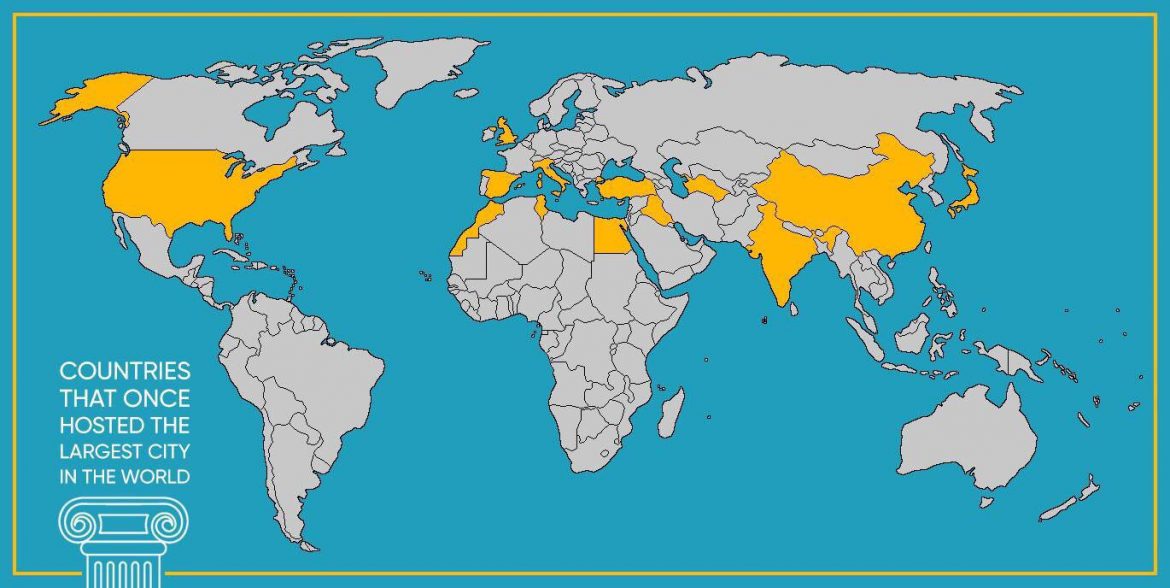 Carthage was at one point the largest city in the world!

Today, Tokyo is the world’s most populous city; for the majority of the twentieth century, it was New York. London was the world’s major city a century ago, and Carthage three millenniums before that.

Similar Read: How Carthaginians Helped Shape What We Eat Today

Numerous cities have held this title throughout human history. From Jericho in 7000BC to Tokyo in AD2000, this map depicts 48 cities throughout history that were each estimated to have been the world’s largest at one point in time.

It is difficult enough to determine when a settlement becomes a city, where its true borders are, and how to count its population in modern cities, let alone ancient cities. This map is based on historical data compiled by four different researchers and is not intended to be exhaustive. Having said that, it does provide an overview of the world’s great cultural centers and their evolution over time.

The earliest population centers on Earth exhibit a greater degree of geographic diversity than one might expect. Only three of the ten oldest cities on the map were located in Mesopotamia, which is widely regarded as the “cradle of civilization.” The remaining seven cities are located in modern-day Ukraine, Egypt, Turkey, and the West Bank. That is not to mention the Indus Valley civilization, located in modern-day India/Pakistan and argued to be the world’s oldest by some.

In the Mediterranean basin, Carthage, Rome and Fez top the list of the largest cities throughout history. Carthage was founded as a colony of the Phoenicians trading empire, and after Alexander the Great destroyed Tyre, the capital city of the Phoenicians trading empire, in 332 BC, Carthage grew in power and filled the power vacuum. They eventually gained prominence in the Mediterranean, which inevitably pitted them against the Roman Republic.

The National Arbor Day in Tunisia 🌳