Hannibal: The Last Hero of The Free World of Antiquity9 min read 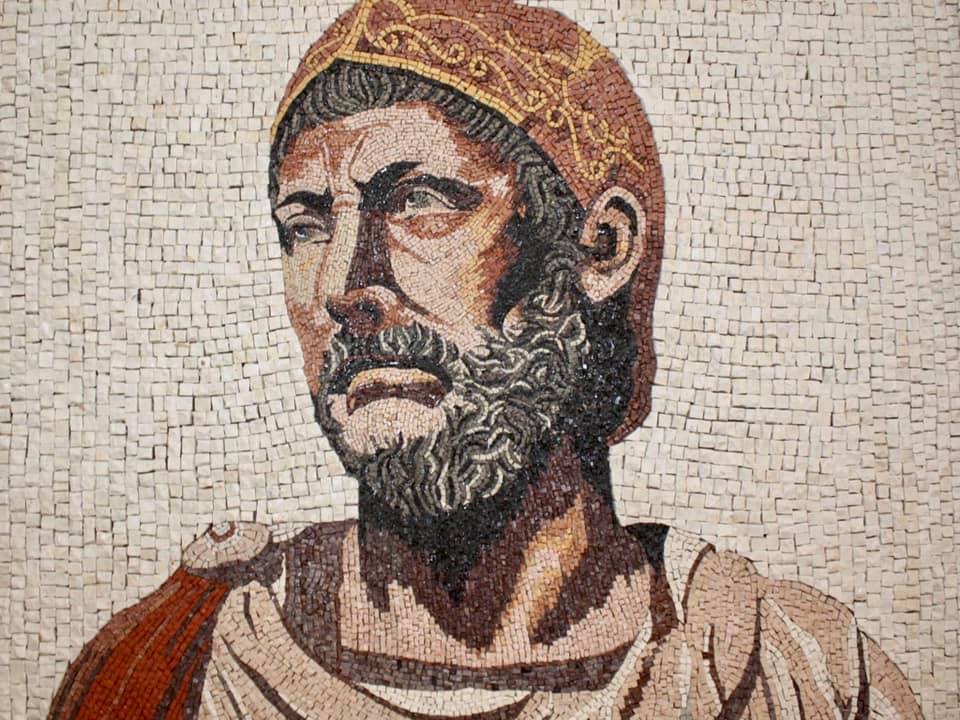 Hannibal Barca is a Semitic rooted Carthaginian politician and general, who lived between 247 BC and 183 BC. Hannibal, the Hero of Carthage and the Mediterranean, is one of the greatest military geniuses and strategists of all time, and as such he is an inspiration for Tunisians and all others who understand his legacy.

Who is Hannibal Barca?

Born in Carthage (Present-day in Tunis, Tunisia), to Hamilcar, a great military general himself. At the age of 9, following the Carthage’s defeat by the Romans in the First Punic War in 241 B.C., Hannibal Barca departed Carthage with his father’s expedition to Spain. He was raised on the love of Carthage and the hatred towards its enemies. Even though he did not visit Carthage for 40 years, his love grew stronger and with it grew his hatred for the Roman Empire.

At the age of 26, Hannibal took over the command of a Carthaginian army. He was pointed to consolidate Carthaginian control of Iberia. He married Himilce, an Iberian princess, and allied with several Iberian tribes over there. He made the seaport of Qart Hadasht (“New City,” now Cartagena) his home base.

In 218 B.C., Hannibal marched through the Pyrenees toward Gaul in southern France with more than 100,000 troops and nearly 40 war elephants. He did not encounter much of resistance from local forces allied to Rome.

Roman army attempted to confront him at the Rhone River, but the Carthaginian army had already crossed it and was on his way to the Alps.

Hannibal’s Alps crossing was a remarkable military achievement. In addition to the harsh climate, Hannibal’s army faced guerrilla attacks from Indigenous tribes who rolled heavy stones across their path. On the 15th day of the crossing, and more than five months away from Cartagena, Hannibal finally exited the Alps with just 20,000 infantry, 6,000 cavalry and about 37 war elephants.

Over the next three years, Carthage army led by Hannibal battled the Roman forces for control of Italian territory. Despite that Hannibal fought with little aid from Carthage, he actually was able to inflict heavy casualties on the Roman army in the battle of Trebbia, the battle of Trasimene and the battle of Cannae, but at a heavy cost in men and many of his elephants.

He was able to get within three miles of the capital before a stalemate ensued. Hannibal did not have the numbers to successfully push into Rome, and Roman Empire didn’t have the superior forces to defeat him.

Meanwhile, Rome dispatched forces to Iberia and North Africa, raiding Carthaginian towns and villages. In 203 B.C., Hannibal abandoned his Roman campaign and traveled back to defend his country. In 202 B.C., the armies of Carthage and Rome met at the Battle of Zama, where unlike in previous meetings, the Romans had superior forces. They used trumpets to stampede the remaining few elephants, which circled back and trampled the Carthaginian troops.

Hannibal’s army was scattered and many of his soldiers were gradually hunted down and killed by the Romans.

Hannibal’s charismatic personality and character engendered admiration and devotion in his soldiers, who saw in him the rebirth of his father, Hamilcar, who had been their previous commander. An educated man, fluent in Greek, Latin, and several other languages, he shared the privations of his men, eating the same food, and even sleeping on the ground among them, wrapped only in his military cloak. He could endure extremes of heat and cold and was indefatigable. He took risks together with his men, demonstrating great bravery. During all his military campaigns, including the 16 year in Italy, when his army had to live off the land and he did not have the means to pay his mercenaries, his men followed him unquestioningly and he never experienced mutiny or rebellion.

An assessment by his enemies!

However, the Romans eventually became worried about Hannibal’s growing power and in 195 B.C. requested that he retire from office.

Hannibal moved to Ephesus (Present-day Turkey) and became a military adviser. In 190 B.C., he was placed in command of a Seleucid (Greek) Empire fleet and engaged in war with Rome’s ally Pergamon.

Hannibal’s army was defeated, and he fled to Bithynia. The Romans demanded he be turned over to them, but he was determined not to fall into enemy hands and fled.

In approximately 183 B.C., at Libyssa, near the Bosporus Straits, Hannibal took his own life by ingesting a vial of poison.

Hannibal Barca, the Father of Strategy

The inspiration provided by Hannibal is not just a matter of war tactics, but of heroism. He fought against overwhelming odds to stop the military imperialism and colonialism of the Romans.

He came to Italy as a liberator of the Gauls in the north, the people of Magna Grecia in the south, and the Italian peoples that had been subjugated by Rome in the rest of Italy. For 16 years he remained undefeated, and he would have prevailed in the end had he received the necessary help and reinforcements from Carthage.

It is the hereditary custom of Carthage to aid an oppressed people.

He was no ordinary leader, he had extraordinary means and military tactics: Gathering allies and recruiting forces on his way to invade Italy, making most of terrain advantage, using elephants in battle, raiding farms, ambushing and annihilating tens of thousands of Roman troops in each battle battle, proved Hannibal to be a master of war and Rome’s greatest enemy.

We will either find a way, or make one

When Hannibal requested approval to invade Rome, the politicians at Carthage failed to support him, and that fatal error sealed the fate of the city, which would be destroyed 37 years after Hannibal’s death. If Carthage, and not Rome, had emerged the victor, we would be living in a very different world today, and instead of having to look back at the last 2000 years of war after war, we might see a more peaceful and sane world.

What I find most compelling about Hannibal is his integrity and brilliance. Unlike Alexander, Caesar, and other distinguished military leaders, Hannibal was a genuine patriot who fought for the survival of his nation rather than for self-aggrandizement or personal profit. He was loyal to Carthage even when Carthage failed to support him, and after the end of the war managed to eliminate corruption and restore the city’s economic prosperity. His democratic reforms and the term limitations he established for the magistrates were significant political achievements, on a par with his military victories. He truly was the last great hero of the free world of Antiquity.

Hannibal was the last great hero of the free world of Antiquity, and as such he is an inspiration for Tunisians and all others who understand his legacy.

Carthage Magazine’s Photo of the Day — From Zarzis