For the Love of Tuna?5 min read 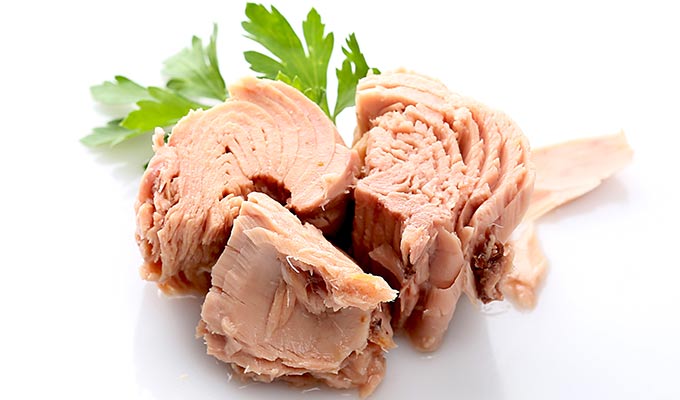 Dear readers, you probably are more familiar with the phrase “for the love of God”, which for those of you who do not know it (mind you I’m not womensplaining here), it is a phrase used to express annoyance, surprise, or urgent pleading.

For me a born and raised Tunisian, I have to say that Tuna has been and will always be a staple food in the Tunisian cuisine. Whether I like it or not, Tuna will always find a way to pop in one’s life especially if you were born or are living in this part of the world.

I do not want you to get me wrong here cause I risk of getting a lot of “hate “(I know hate is a strong word but we Tunisian do take our tuna seriously) for talking about this. But, I’m a big girl and I can take it. Now back to the Tuna business, I would like to let those of you who are not very familiar with the Tunisian cuisine know that if you do not like tuna or are vegetarian or vegan you have my sympathy.

I tried being vegan for over a year and that was one of the hardest things I had to deal with one a daily basis. Tunisians do not seem to get the idea that someone might not actually like tuna or eat it. My own mom almost disowned me for my not so sudden lack of interest in Tuna.

All kidding aside, I have a cool mom who somehow despite everything stupid I did in my life seemed sort of concerned I won’t be eating any tuna for some time. Sorry mom to bring this one up but you know I love you!

So let’s talk about Tuna now. If you have lived in the states or Europe at some point you might have eaten a tuna sandwich or tuna salad. Let me tell you as a tuna expert (just by eating shit load of it) that European and especially American tuna is the worst thing you can ever try.

Imagine my disappointment when I was living in Texas at some point in my life and I went to buy tune (on a student budget my options were limited) so I got this brand and it turns out it was the worst thing I have ever tasted in my life. I felt part of my taste buds died that day from how bad and tasteless that tuna was.

We pack tuna and take it when we travel. Yup, you read that one right. I would dare you to introduce me to a Tunisia who traveled outside of the country and who did not attempt at some point in his or her life to sneak out some Tunisian tuna.

We all carry them tuna boxes as reminder of where we come from and what we stand for in our lives. That last part might be a bit of an exaggeration but you get that we love our tuna and crave it if we are not exposed to it for a long period of time.

Suggested Read: Brunching But NOT the Tunisian way?

Tunisian tuna comes in various shapes and forms. We do not discriminate against any of it and we try to be as open minded as possible. So we have different flavors (spicy, not super spicy, plain and few other options) and if you are a luck human being you get a Tunisian friend who would always recommend you take the ones with the extra virgin olive oil and no added water to get to experience the real taste of it.

I personally like the plain flavor and I’m guilty of putting loads of it in my homemade salad when I’m acting like a responsible adult who makes food at home.

Again I would like to end this by saying that I am a Tunisian who gets the hype about the Tunisian tuna and how good it. But I would like to flag that it is absolutely fine if you don’t like it or can’t stand it. I still believe you are nice human beings worthy of nothing but love and respect. I’m just trying to do y’all a favor and introduce you all to a part that shapes who we are as a nation that loves its tuna and takes more seriously than it probably should.

For those of you who will read this and feel like having some Tunisian tuna but they can’t find any for some reason, I’m so sorry. For those who will at some point have Tunisian tuna, please let me know about your experience and I will be happy to read about how did that one go.

Star Wars geek from planet Tataouine (No Kidding, Hind's hometown is the city of Tataouine in Tunisia), a daughter, a sister, and a friend. Hind is a very passionate person(you will see more of that in her blogs posts about some of the most random things in life! So brace yourselves.).Hind loves traveling, good coffee and any type of cheese!

I have been to Tunisia twice and fell in love with everything – including Tuna Pizza, Brik, the street sandwiches, fries, caucasus, yum yums’. My mouth waters just thinking of the different foods I crave. I hope one day to return to my beloved Tunisia. I traveled all over, including to Tataouine. I love Tunisia!! Thank you for your article – I’m going to make Tuna Pizza right now with that dry tuna you write about because that is all I have here in Canada.