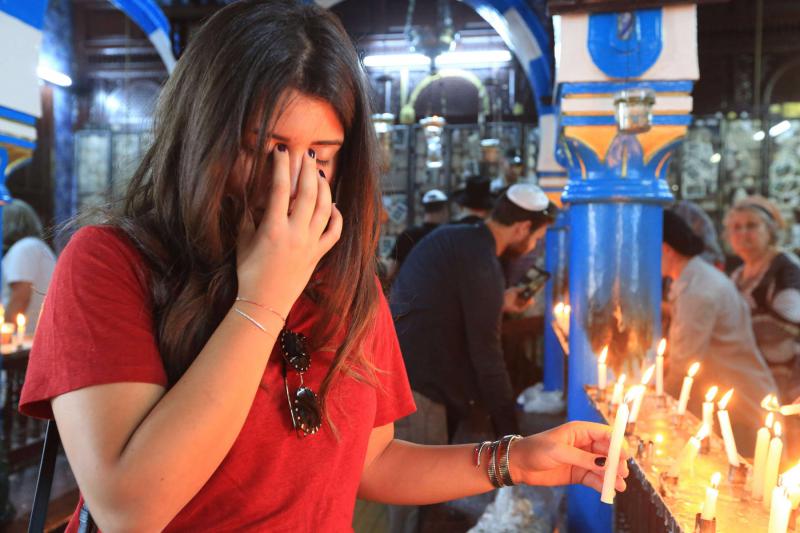 Check out this compilation of interesting facts about Tunisia that have probably never occurred to you.

It’s no secret that Tunisia is a hotspot for travelers in the Mediterranean. How much do you actually KNOW about it though? Whenever I visit a new country, I like to study up on the facts, and I usually find some very interesting things that I didn’t already know. I first did this in Istanbul, Turkey, and again in Palermo, Italy. Both times, I found some really weird stuff that I wouldn’t have known otherwise!

There are plenty of amazing facts about Tunisia, and most of them would probably surprise you. I know they surprised me!

So today I have put together 15 of my favorite!

A country as extraordinary as Tunisia is bound to have a fascinating history. There are actually a great number of highly intriguing facts about Tunisia that date back thousands of years. In fact, it would be really difficult to name them all. Thus, I have mentioned only a handful of my favorites below.

Tunisia is the land of Carthage

Carthage was one of the most powerful empires in the ancient era, before it was utterly annihilated by Rome

The main city of the empire, Carthage, was one of the most important trading hubs of the Ancient Mediterranean and one of the most affluent cities of the classical world.

Hannibal Barca was a Carthaginian politician and general with Semitic ancestry who lived between 247 BC and 183 BC.

Hannibal, is one of the greatest military geniuses and strategists of all time, and as such he serves as a source of inspiration for Tunisians and all others who comprehend his legacy.

Most strategic country in the Roman Empire

As the leading power in the western Mediterranean, Carthage, which was a settlement in modern Tunisia that later became a city-state and then an empire, was bound to come into battle with many of its neighbors and rivals. Its increasing rivalry with Rome culminated in the Punic Wars (264–146 BC), which saw some of antiquity’s largest and most complicated warfare. Carthage almost avoided destruction after the Second Punic War and was destroyed by the Romans in 146 BC following the final Punic War.

Later, the Romans established a new city in its place, the Roman Carthage. By the beginning of the first century A.D., all traces of Carthaginian civilization had fallen under Roman control, laying the stage for the establishment of Rome as a great empire.

Tunisia is home to the world’s third largest Ampitheatre

Built in 238AD when Tunisia was under Roman rule, the Roman Amphitheater of El Jem is considered the largest colosseum in North Africa. Its impressive 149 by 122 meter expanse can hold up to 35,000 spectators who used to marvel at gladiators battling it out in the arena.

The tourist industry in Tunisia accounts for 8% of the country’s gross domestic product. That’s a huge portion! With good reason, too. Every year, tourists from all over the world come to Tunisia. It is actually one of the most visited countries in Africa. Why? Because it’s incredible, that’s why!

Tunisia is the 4th most visited country in Africa

Tourism in Tunisia attracts over 10 million visitors annually on average, making it one of the most visited countries in Africa. The country is also one of the best and most popular destinations in the Mediterranean.

The majority of tourists head to the big name cities and attractions, such as Tunis, Carthage, Sousse, Tozeur, Hammamet and Djerba. These places alone can be crowded with tourists at most times of the year, but especially in summer.

So what draws this many tourists to Tunisia? The answer is simple. The Culture, Food and History. The Beaches and the Sahara. The list goes on. If you want to visit Tunisia, consider checking out these helpful reads:

Tunisia has a rich and varied history, and a number of the greatest civilizations the world has ever known have left their mark on the country, including the Phoenicians, the Roman Empire, and the Byzantines.

As a result, impressive ruins are littered across the country. Tunisia now happens to have some of the some of the most remarkable ruins in the Mediterranean and in the world today. These are either particularly well preserved, notable for their size or detail, or significant for another reason. These range from sprawling Roman cities, Roman additions to ancient Carthaginian cities and small outposts and temples.

Home to the oldest Synagogue in Africa

The El Ghriba Synagogue, home to most of Tunisia’s Jews, is built on the site of a Jewish temple that is believed to date back almost 2000 years. This makes it the oldest Synagogue in Africa.

Nowadays, El Ghriba is one of the most sacred Lag B’Omer destinations. Thousands of Jewish worshippers come to the holy site in May for the annual pilgrimage, part of the Lag B’Omer Festival that marks 33 days after the start of the Jewish Passover.

Cities such as Mecca, Medina and Jerusalem are highly revered by the Muslim world because of their religious significance.

Tunisia’s Kairouan comes next. It was founded in 670 CE. The city is considered a UNESCO World Heritage Site, as it houses significant religious landmarks including the Great Mosque of Kairouan, considered the first place of prayer in North Africa and the oldest mosque in the Maghreb region.

Tunisia’s accessible Mediterranean Sea coastline and strategic location have attracted conquerors and visitors throughout the ages, and its ready-access to the Sahara has brought its people into contact with the inhabitants of the African interior.

The Northern most point of Africa is in Tunisia

Tunisia is renowned for its highly diverse landscape ranging from Atlas green scenery in the northern-west (incl. Speleology), to the balmy, sand-fringed Mediterranean coast, scented with jasmine and sea breezes, to the exotic Canyons & desert waterfalls in the southern-west, not to forget the epic film locations of Star Wars around the Sahara.

Besides landscape and nature, Tunisia is known but its diverse and rich architecture. Different civilizations have flourished in the country. Not only architects but also researchers, scientists, and artists have long been inspired by Tunisian architecture. It has always been a mystery that gradually unfolds.

In addition, it is not a single style, but rather a collection of styles that change over time in reaction to shifting political and religious events, while retaining some similarities.

With 8 sites in total, Tunisia has the most sites listed as UNESCO HERITAGE sites in North Africa and the Middle East.

These sites range from Tunis, Carthage, to Dougga and El Jem. You can find them stretched right across the entire length of Tunisia, which makes the country an even more wonderful place to visit.

As if it wasn’t already!

Tunisia has over 60 islands and isles

Tunisia has no less than 60 islands and islets apparent in the coastal landscape and designated by well-defined names. One of them is Djerba island, a popular vacation spot in the Mediterranean.

Check out some islands:

When compiling a list of Facts about Tunisia, you really should include cultural facts. The culture of Tunisia is what gives the country its identity. Undoubtedly, the country side is gorgeous and the scenery is breathtaking. It is the culture though, that people come to Tunisia to REALLY experience!

Similar Read: 10 Cultural Aspects You Need to Know Before Traveling to Tunisia

Bardo National Museum in Tunis is the second largest museum in Africa, housing the largest collection of Roman mosaics as well as 200,000 year old stone age tools that were used in Tunisia’s Kebili. The museum also used to be a palace that was home to many of Tunisia’s past rulers.

Ibn Khaldoun was born in Tunis, Tunisia on May 27, 1332 and died in Cairo, Egypt on March 17, 1406. He is one of the greatest well-rounded social scientists of all times. He is credited with establishing the modern disciplines of historiography, sociology, economics, and demography.

It’s from where the famous Shakshuka dish originates

Shakshuka is a very popular dish made of gently poached eggs in a delicious chunky tomato and bell pepper sauce. It originated in Tunisia, this dish is extremely popular in many parts of North Africa and the Middle East. It is so satisfying, you can serve it for breakfast, lunch, or dinner.

Have you ever heard that Maltese originates from Tunisian Arabic?

True, it is. The Maltese language, Malta’s official language, originated in the 11th century, when people from North Africa, notably Tunis, and the nearby island Sicily, who spoke an Arabic dialect as a result of the Arab conquest of Sicily at the end of the 9th century, arrived on the island.

The spoken language of Tunisia has so many mind-blowing facts, check them out: 5 Mind-Blowing Facts about the Tunisian Arabic

There are plenty of amazing Facts about Tunisia. I could have made a list of hundreds of them. I hope you have enjoyed some of my favorites!

If you have any others that you think should be on my list, then feel free to drop them into the comments below.

The Capital of Tunisia: Everything you Need to Know about Tunis