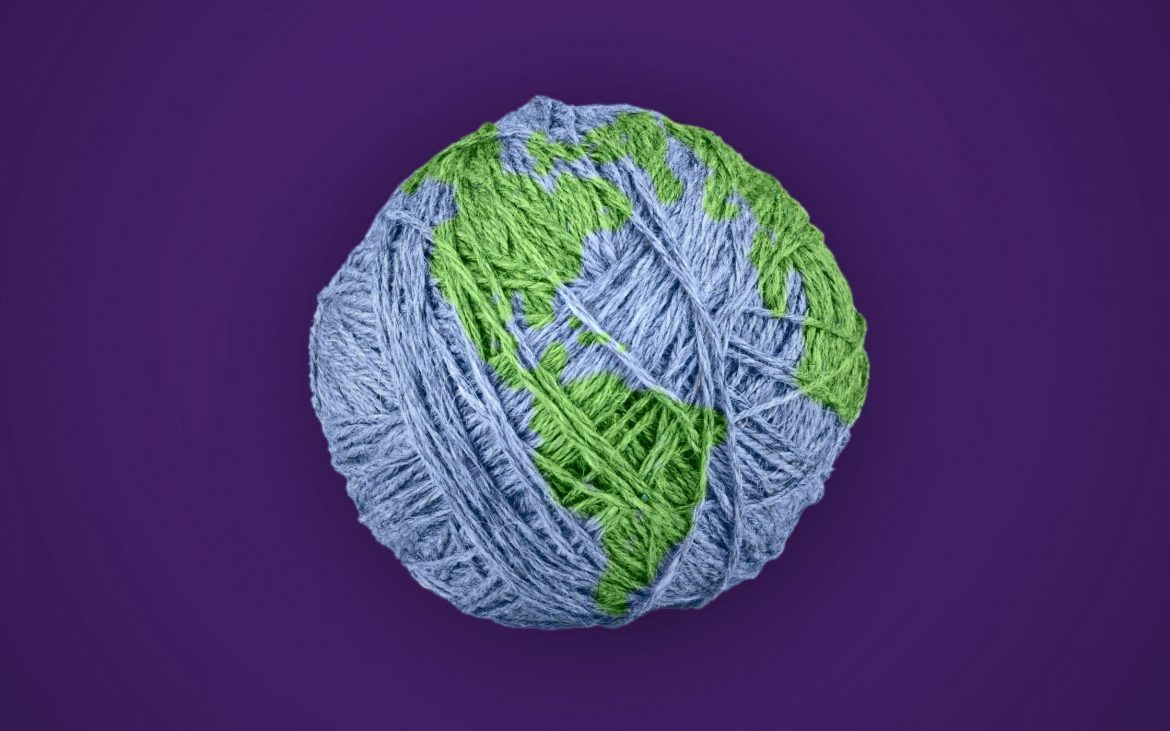 Hello! If you’re in Bizerte city or practically anywhere near, and interested in Sustainable Fashion, whether as a fashionista like myself, or as an expert (mainly a designer), here’s your golden chance! In a first of a kind initiative, JCI Bizerte have teamed up with FTTH (La Fédération Tunisienne du Textile et de l’Habillement), Enda inter-arabe and Miss Mode design school to present you with the event of a lifetime: Vecosterre.

The still ongoing event includes workshops led by experts in the field about sustainability, ecological integrity, ethical fashion, entrepreneurship and more! And it features a styling competition for Tunisian designers to showcase their skills and winners receive prizes! So what are you waiting for?! Sign-up here NOW.

Yesterday, Carthage Magazine was invited to attend the first workshop of the event, presented by designer Elâa M’kaddem, founder of Tayri Studio, a 100% Tunisian and Eco-friendly Brand, and attended by several fashion enthusiasts and future designers:

The designer and entrepreneur showed up wearing her own design, matched with an elegant Valentino silk scarf, tied around her head, and she sported casual brown flip flops to complete her effortlessly stylish AND ethical outfit.

She tackled the main problem in the fashion industry, as the second biggest source of pollution in the world, that is the lack of awareness and responsibility. She explained how a single piece of clothing can consume so much water and resources and go through many steps that are harmful for both humans (child labour and poor working conditions) and the environment (chemicals and global warming), to be simply thrown in a $1 bin in some fast fashion store, along with many other pieces that have been produced with the same process and that can never be recycled or reused in most cases. She later recommended the documentary The True Cost (2015), and for the finale, she brainstormed easy solutions for the problems and recommended ethical brands and manufacturers to take inspiration from.

The presentation was interesting and moving, and kept us attendants both interested by the facts and moved by her words and we left the place discussing the issue even more, which is, for me, the definition of a successful workshop.

If you’re feeling sorry for not being there, don’t be! For there will be much more workshops in the future, and all you have to do is check out the event on Facebook, invite your fashion lover friends in the area and there will be more updates soon, and more recaps in this same article, so don’t forget to share and save it too!

And again, if you’re a designer, go fill in the form provided here or on the event’s page.. who knows? Maybe you’ll be among the winners! And that will also guarantee you an article in our fashion section!

Next in line was an introduction to entrepreneurship by Enda inter-arabe’s trainer Hela Ben Hassen to initiate contestants into the world of entrepreneurship as the winner of the contest would get the chance to start their own fashion brand.

Of course, in order to win the competition, each designer needed to master a couple of skills, namely the ability to face challenges ahead in a smart and creative way. That is why INJAZ Tunisia has sent trainer Ahmed Manai to help the contestants refresh that skill and more!

Another skill that not only the contestants needed, but everyone else participating in the event was the art of performing in public, handling Q&As, and practicing the use of visual aids in order to face the judges. That is why a workshop by Wiem Ben Elkhouja was much needed.

And we reach full circle by going back to fashion again, with a very interesting workshop by project innovation management counselor and environmental expert Manel Yahiaoui who talked once more about eco-friendly fabrics, recycling, and the valuing of textile waste in Tunisia.

The competition officially kicked off under the supervision of Miss Mode’s headmaster Wided Mellouli. The rules were simple: take a used and old garment and turn it into something reusable and re-wearable; which means every contestant had to render a fashionable, casual outfit, out of already outdated and worn-out clothes.

We had the pleasure to assist the process of allocating used pieces of clothing to the six contestants. An assortment of different fabrics was presented to the designers and they had to pick five items each and start thinking of a stylish way to bring them into life. Pinterest app on the phones, hands snatching, eyes scanning and thoughts turning into plans as each of the girls started setting stones in a winning outfit.

Yet as mentioned previously, the outfits ought to be casual and practical, cut for the daytime activity (pun intended). In addition to that clause, a theme was added to the creation process; that is the Brazilian artist and photographer Vik Muniz‘s award-winning documentary entitled “Wasteland“ (2010), which explores the transformation of garbage into works of art.

Although my job initially was to cover the event, I found myself modeling for one of the designers. It was a thrilling experience full of intimate details or as the French call it: Cuisine Interne. I witnessed the amount of preparation and the effort put by the event’s organizers, the photographers, the models and of course, the designers.

My outfit was inspired by a portrait of a woman holding her children and featured bright neo mint and seafoam, leopard print in black, white, and sky blue, and touches of gold in the makeup, top, and the accessory. Although it did not win the competition, it stood out among the other outfits in this video posted by JCI Bizerte’s official page.

But who won? It was the brand mentioned at the beginning of the article: Tayri Studio! And in my opinion, it was very well deserved: Not only was it intricate and unique, but the high-quality outfit also featured an interesting bag and a facemask that matches the trendy shorts. Yet the top was a masterpiece by itself and the headband was a very smart reminder of the portrait the outfit was inspired from. I personally didn’t expect less from this brand and I am looking forward to seeing more of their works. I am so proud!

Last But Not Least:

This is the end of the article. It took me longer than expected but I am so happy I could finally sum up the event and transform some of it into words. We would like to congratulate the winners and to thank JCI Bizerte members, the candidates, the jury, the event’s sponsors, and everyone who helped turn this idea into reality. And I, your humble fashion editor, am very honoured to be a part of it.