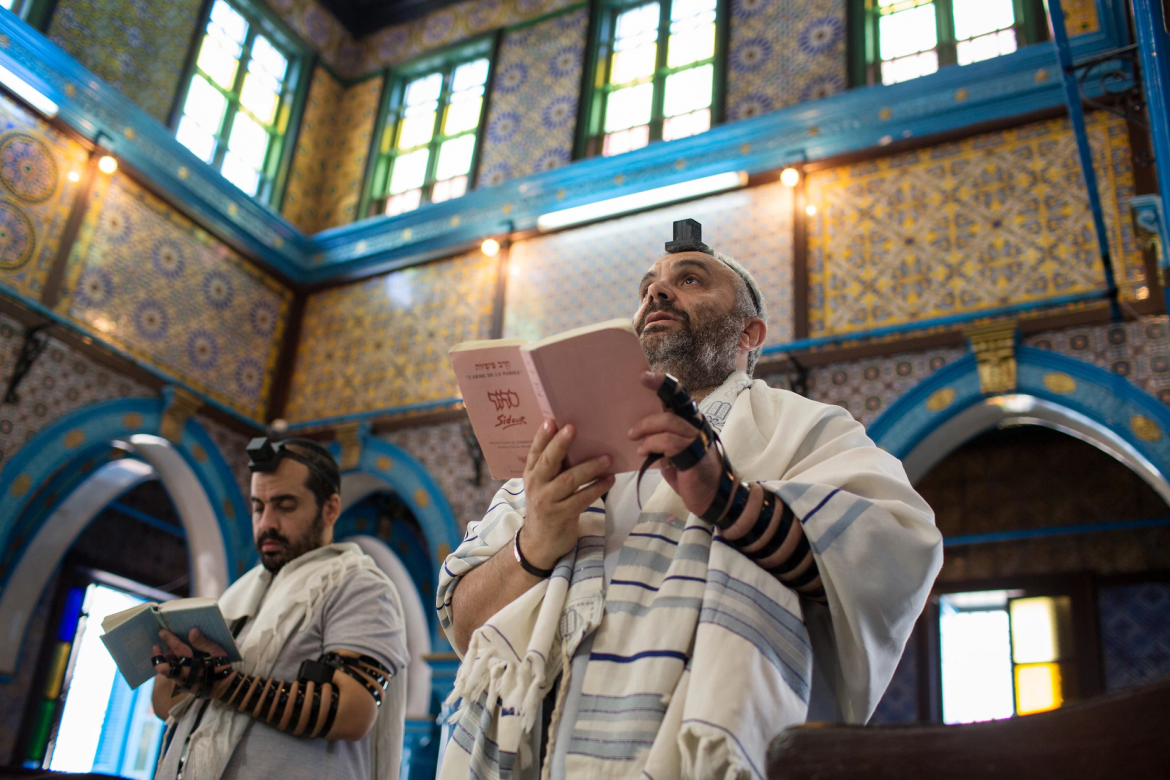 In Djerba, Jews traditionally celebrate the Jewish festival of Lag BaOmer with religious rites as well as music and dance. Traditionally, some of Tunisia’s predominantly Muslim population, including officials, also attend the festivities.

The small island of Djerba off the coast of Tunisia has all the ingredients for a perfect vacation: glistening white sands, warm Mediterranean waters, small villages with labyrinthine alleyways, and hundreds of archaeological sites attesting to the island’s long history.

In a country that is 98 percent Muslim, one of the world’s oldest Jewish settlements still exists, past the craft markets, café terraces, and derelict colonial structures.

The magnificent El Ghriba Synagogue on the island has been in continuous use for over 2,000 years. People think it was constructed approximately 500 BCE by Jews who had left Jerusalem following the destruction of the First Temple by the Romans. The population increased during the Spanish Inquisition and later from neighboring nations. Eventually, approximately 100,000 Jews resided in Tunisia prior to the country’s 1956 declaration of independence from France.

Similar Read: Tunisian-Jewish Gastronomy Contributes to the Charm of Djerba

Nearly all of the once-thriving Jewish community in Djerba has dissipated, leaving only 1,500 people centered around the city’s famous synagogue. The annual pilgrimage for Lag B’Omer, which takes place 33 days after Passover, fills the blue-tiled Ghriba synagogue with thousands of people every year.

Pilgrims light candles and place eggs with handwritten wishes on the floor of the synagogue, on a stone allegedly from the Jerusalem Temple. They continue the celebration with music while feasting on couscous, fish, and Tunisia’s distinctive fig wine.

The pilgrimage is a source of local pride, attesting to centuries-old mosques, churches, and synagogues coexisting on the island.