What is a Debt Audit & How Might it Work in Tunisia?14 min read 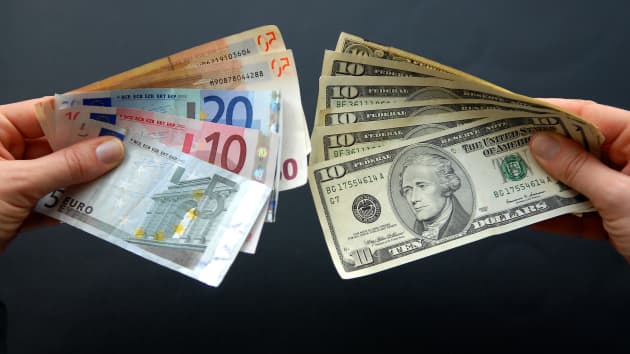 A debt audit is a comprehensive, public, and participatory assessment of a country’s debts. An audit of a country’s debt, despite the fact that it may sound like a bureaucratic endeavor, is actually a popular and participatory step towards fostering better economic democracy. It is a crucial tool for combating the economic dominance of entrenched elites, global banking, and affluent nations.

A Debt Audit is:

Why Do Nations Require Debt Audits?

Civil society organizations across the globe have protested against their country’s foreign (and occasionally internal) debts for many years. Northern governments and banking entities have utilized debt to exert control over Southern nations. Often, despicable, totalitarian governments cloaked in corruption and opacity racked up debt for projects that provided no benefit to the people. These debts remain a rope around the necks of the populace long after the dictator has been deposed.

Even in countries that were not ruled by dictatorships, debts have been used to transfer wealth from average citizens to the wealthy. Debts incurred by banks and other private institutions, or debts incurred to purchase commodities from wealthy nations, such as weaponry, are frequently paid by the poorest. The debt system has depleted the wealth of Southern countries over the past three decades, while governments and banks in the North have gained. To add insult to injury, it has also permitted the same governments and banks to dictate the economic policies of Southern nations. Here you can get additional information regarding the origins of Southern debt.

A Government May Owe A Variety of Debts:

The contracting of these obligations is typically unaccountable, and the citizens of a nation are typically unaware of what is being done in their name. The purpose of a debt audit is to present the facts of this debt to the country’s citizens. In particular, they will examine the legitimacy of a debt. This indicates that:

The ideal time to initiate requests for a debt audit is shortly following the fall of a dictatorship. This situation will soon pass. After the violent military junta that ruled Argentina from 1976 to 1983, President Alfonsin pledged to investigate the country’s unlawful debts. However, external constraints meant that it took 18 years for a court case to establish that the loans were unlawful, and even then, politicians obstructed action. Similarly, South Africa had a solid case for illegitimacy when apartheid ended and the new government was saddled with obligations incurred as a result of the most grave globally recognized human rights crimes. However, the government was again compelled to pay. In order to pay their debts, governments must get new loans. In effect, this transforms past debts into new debts.

How Does this Apply to Tunisia?

The economic crisis in Tunisia has yet to show any signs of improvement. The nation’s public debt continues to increase, while the economy continues to stagnate. Despite recording a budget surplus in the first quarter of this year, the country is still unable to revitalize its economy, and poverty continues to worsen.

The most recent data produced by the country’s Ministry of Finance and Economy indicates that the public debt continues to rise. Despite sustained revenues and help, the government is unable to pay the nation’s expanding expenditures, which resulted in an increase of 8.6 percent at the end of March. This trend is expected to continue in the coming year. This also hinders the expansion of the economy and the expansion of the GDP.

The current amount of Tunisia’s state debt is $35 billion. The present domestic debt is at approximately $14 billion, while the external debt has increased to $21.57 billion.

The majority of Tunisia’s debt dates from the recent decade, with a portion dating back to Ben Ali’s administration.

Multiple loans and grants had already been offered to Tunisia by international agencies such as the IMF, affluent and rising economies, and banks. These were presented as support to the revolution, but in reality they are not.

Case studies from Argentina and South Africa demonstrate that not only were illicit loans rapidly recycled in these nations, but also a tsunami of fresh financing was unleashed that greatly expanded their obligations. Debt was utilized as a means of control and to impede the adoption of alternative and democratic economic models.

How to Organize a Debt Audit

The necessity for widespread consensus

Always keep in mind that audits are fundamentally about educating and mobilizing society – empowering individuals to become economic activists. As a result, it is essential to garner support from a broad cross-section of civil society. This accord took many months to reach in Greece, but as a result, the need for an audit commission is considerably stronger. If only a few groups had proposed the concept, the audit request could have been simply disregarded. Before making an official statement or holding a public conference, it’s crucial to seek broad consensus.

Citizens’ versus official audit of the debt

There are various varieties of official audits of debt:

How Can a Debt Audit be Organized?

The precise form of a debt audit may vary from country to country. In the instance of Ecuador, a commission comprised government and public representatives, expert experts, and civil society advisors from around the world.

The majority of audit commissions, whether official or citizen-led, will need to divide their work among subcommittees. A commission may wish to organize working groups in order to analyze particular forms of debt.

This method is described in fully in the manual on debt audits referenced at the outset, but in summary, an audit commission will want to consider:

Lastly, this is the technical procedure of the audit, but a critical component of the audit is also the ongoing participation of the public and the media in the process.

The ultimate goal of any audit is to obtain some form of reparation for the wrongs caused by illegal debt. This could take the following forms:

Ultimately, a debt audit can serve as the initial step in the implementation of a new democratic economic strategy. A highly indebted nation lacks genuine political liberty. Its budget and economic policies are governed by the conditions imposed by its lenders. Creditors, who make enormous sums of interest and gain financial access, and dictators, who can create funds without relying on their people, are the true beneficiaries of the debt system. Even in a democratic system, excessive debt can result in the flight of capital and the separation of the aspirations of the people from the actions of the government. If it is not to destroy democracy, the production of debt must be entirely transparent.

A debt audit assists in understanding this. It enables individuals to comprehend the nature of economic exploitation in their society and generate alternative concepts of economic democracy. These might consist of:

International markets and northern governments will oppose such a far-reaching strategy. Only citizens who are effectively mobilized will be able to ensure that governments reject this pressure.

Current Audit on Loans and Grants in Tunisia

Monday’s discussion between President Kais Saied and Prime Minister Najla Bouden in the Palace of Carthage centered on the results of an audit conducted on the grants and loans obtained by Tunisia since 2011.

In this respect, a statement from the Presidency identifies a number of violations that have overwhelmed the public budget with excessive interest payments and foreign exchange losses.

In the statement, the President of the Republic was cited as saying that this situation cannot continue and must end, and that those guilty must be held completely accountable.

“In the end, it is the people who pay the price without benefiting from these enormous amounts,” he noted.

At a Cabinet meeting in October 2021, President Saied had delegated this auditing task to the Finance Ministry.

These are the Top Downloaded Apps of...