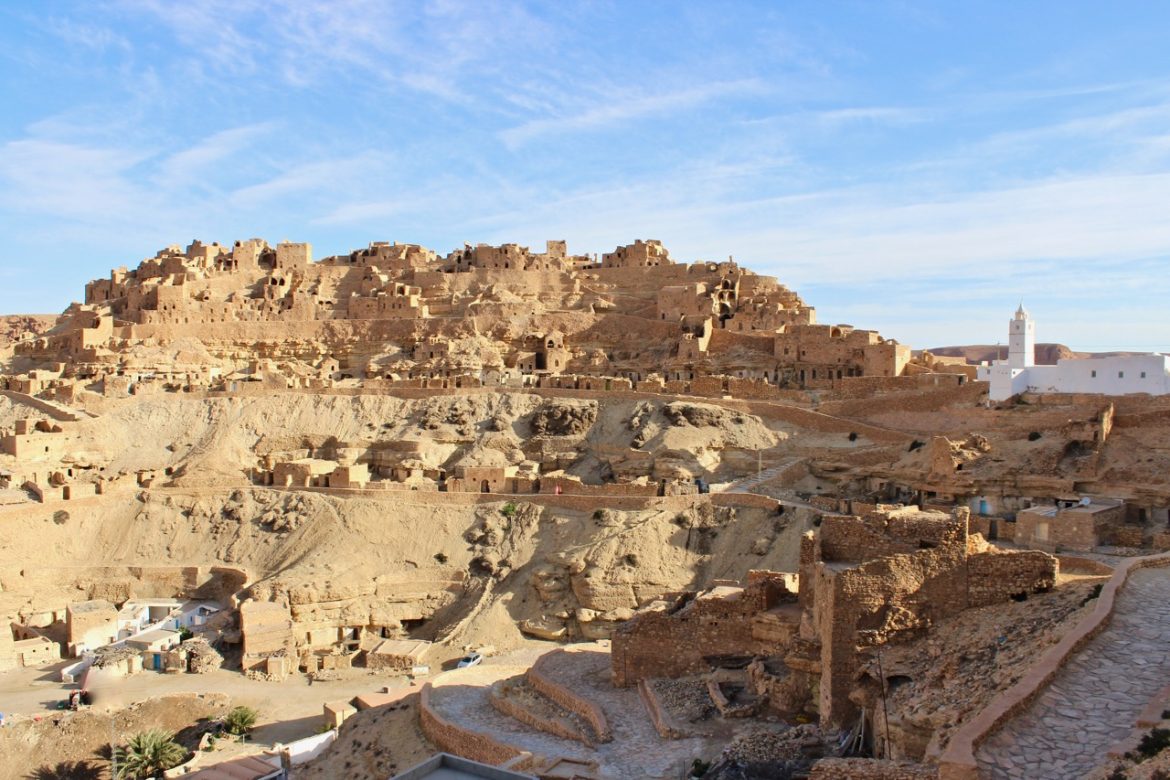 This unique picturesque Berber village is one of many such villages in the South of Tunisia where the inhabitants built the village hundreds of years ago by literally digging into the rocky mountain.

Chenini is a must-visit site in Tunisia since it is a unique gem of the Tunisian Sahara desert, one of the few Berber villages in Tunisia located on a hilltop between two ridges, and the “Satellite” featured in the Star Wars movies.

It is 18 kilometers from Tataouine and is probably the oldest Berber town in Tunisia. From a distance, it resembles a miniature Nativity Scene made of stone, dominated by a white mosque that shines out amid the sand-colored rocks. Chenini appears to be utterly deserted at first glance, but it is actually home to roughly 600 people, the most of whom are farmers and artists who will dazzle you with their handiwork. And why not, they may even take you on a tour and allow you to walk on the roofs.

Take a stroll through the narrow lanes of Chenini to view the caverns and the women weaving on their looms. After exploring the town, you will see that there is a little mosque nearby known as the Mosque of the Seven Sleepers. A tale claims that seven Christians who had lived for more than 400 years apiece and grown to gigantic heights slept here. Here they repose following their conversion to Islam.