How Carthaginians Helped Shape What We Eat Today11 min read 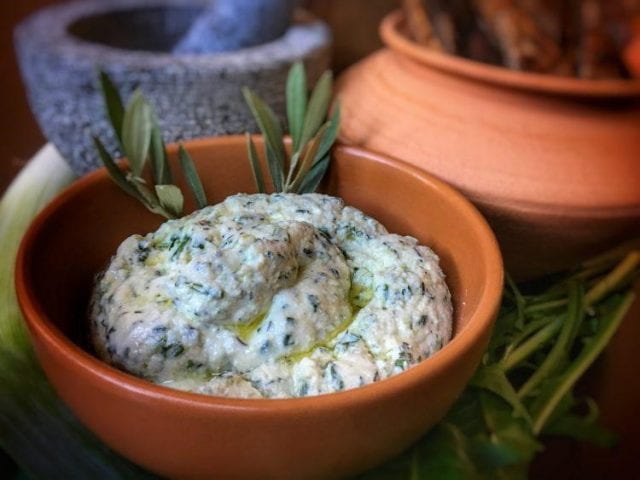 The archaeology shedding new light on the food that fed Carthage, one of the most fascinating civilizations in history.

The Carthaginians are one of history’s most fascinating what-If civilizations. What would have happened if they had risen to prominence and eventually dominated the entire Mediterranean, rather than the Romans? What would that have meant for not only regional history, but for global history as well?

It’s nearly impossible to discuss Ancient Carthage without mentioning Rome. The majority of accounts of the city, its inhabitants, and their trading empire come from Roman sources — and the Romans are to blame for silencing Carthaginians’ voices.

Certain things, perhaps most notably the tales of Hannibal Barca, the general who pushed Rome to the edge of annihilation, persist. Beyond heroic tales, however, we rely on archaeological evidence and a critical analysis of Roman sources to gain a better understanding of the Carthaginian people; and one area that has yielded a bountiful treasure trove of information is what they ate.

A Brief Overview of Carthage’s History

Although historians disagree on the date of Carthage’s founding, it was most likely founded in the ninth century BC by the Phoenicians — a trading empire loosely centered on the ancient cities of Tyre and Byblos. The most famous record of the city’s founding comes from the former.

Queen Dido fled her brother Pygmalion, Tyre’s king, after he murdered her husband and founded the new city of Carthage, according to legend. This comes to us via the Roman poet Virgil’s Aeneid. Aeneas, a Trojan prince and refugee from the Trojan War, allegedly had an affair with Dido before being compelled by the gods to seek a new homeland — Italy. Dido, distraught and heartbroken, committed suicide by falling onto a sword atop a burning pyre, thereby vowing eternal strife between the Carthaginians and the descendants of Aeneas — the Romans.

It makes for an interesting story, but it’s also necessary to recognize its propaganda potential. The Punic Wars, which the tale foreshadows, could now be viewed as a quasi-divine mission for the Roman state, rather than just another one of Rome’s endless wars with its neighbors.

However, this was not the case in reality. Carthage was almost certainly founded as a colony of the Phoenicians trading empire, and after Alexander the Great destroyed Tyre, the Phoenician trading empire’s capital city, in 332 BC, Carthage grew in power and filled the power vacuum. The Carthaginians inherited the Phoenicians’ love of trade and, with their formidable navy, effectively took over much of their trading empire. They eventually rose to prominence in the Mediterranean, inevitably bringing them into conflict with the Roman Republic.

The details of the three Punic wars are far too numerous to mention here, but suffice it to say that they featured some of history’s greatest figures and scenes. Hannibal crossing the Alps with his elephants, Scipio Africanus and his grandson Scipio Aemilianus, and countless battles that pushed both the Romans and the Carthaginians to the brink of annihilation before their eventual defeat in 146 BC. Scipio Aemilianus eventually wept as the city of Carthage burned following Carthage’s final defeat in the Third Punic War. According to legend, he salted the earth to ensure that the city would never rise again, but this is most likely fanciful storytelling, though it does hint at something deeper — Carthage’s utter ruin.

Due to the annihilation of Carthage, we know little about the Carthaginians from their own records. While the Romans recorded battles, great men, and mythology, the details of Carthaginian life remain, for the most part, infuriatingly unknown. This also applies to their food.

Although much of what we know today comes from archaeology and not from the Carthaginians themselves, archaeology can still be an invaluable tool in revealing the palette of this once-mighty trading empire.

The Carthaginian empire stretched Corsica, northern Spain, and Sicily, reaching its peak in the fourth century BC. This vast trading empire was primarily sustained through the export and import of goods, the most vital of which was food.

Contrary to popular belief, the Northern coast of Africa was home to some of the most fertile regions on the planet, supporting a diverse array of crops and fruit trees.

While the story of salting the earth is most likely faked and may seem strange to us, it would have made perfect sense to a Roman mind aware of Carthage’s power being based on its fertile land.

Carthage was renowned throughout the Mediterranean for its fruits: they cultivated figs, mulberries, blackberries, pears, plums, peaches, and pomegranates, to name a few. Their vegetables and legumes, such as broad beans, peas, lentils, and chickpeas, were also significant.

Emmer wheat was once the most popular variety in Carthage, but after the Roman conquest, its popularity began to dwindle in favor of what is known as ‘free threshing wheat.’ This simply means they began to favor durum and ‘common wheat,’ the type of wheat that the majority of us eat today, but it also implies a seismic shift in their eating habits and trade.

Much of the food produced in Carthage was exported throughout the Mediterranean, but once it became a colony, its focus shifted to supporting the Romans, and for a time, Carthage, rather than Egypt, became the empire’s breadbasket.

Of course, it’s impossible to discuss a maritime empire without mentioning seafood. Given that the majority of their cities are located on the coast and their navy is arguably the strongest in the Mediterranean, it’s safe to assume that fish played a significant role in their diet.

This is not to say that other animals, such as cows, pigs, and goats, were not consumed, but given the scant evidence available, it is difficult to determine how prevalent these animals were in their diets, or even if they were primarily used for dairy production.

Although archaeological evidence for spices is sparse, this does not necessarily mean they consumed little to no spice. What has been discovered, namely poppyseeds, dill, fennel, and coriander, is almost certainly only the beginning.

However, poppies were used for purposes other than their seeds. Poppyseed oil and opium were both produced in Carthage, apparently in far greater quantities than the empire required, implying that they likely traded opium oil, embedding themselves not only in the culinary trade, but also in the medicinal one.

Naturally, no oil was more popular than olive oil, and the Carthaginians produced an almost infinite amount of it as one of the region’s largest traders.

A Carthaginian agricultural writer whose writings were translated into Latin, mentioned at least a couple of recipes, such as raisin wine, a drink that would have been known anywhere with grapes.

Finally, Phoenician wine was widely regarded as the best in the world at the time, and it appears that the Carthaginians maintained production following their conquest, a trade that no doubt made them fabulously wealthy and accounted for a sizable portion of their exports.

While little to no description of what they ate survives, we can get a sense of what they ate by analyzing earlier Phoenician cooking and contemporaries’ eating habits in Europe, North Africa, and the Middle East.

They will have primarily consumed pulses as their primary source of protein, which is frequently added to porridge made with the aforementioned grains. Meat would have been consumed much less frequently, with seafood being particularly prevalent and likely eaten fresh more frequently than not, whereas meat would have been preserved with salt. When it wasn’t, it was almost certainly roasted over an open fire on a spit, as was customary in much of the world at the time.

They consumed a wide variety of fruits and vegetables, many of which would not have been seen on a regular basis in Europe for centuries, if not millennia. They would have spiced their food, but we only have a few of those spices available to us to aid in our understanding of their cuisine, and they would have washed it down with some of the world’s best wine.

How Food Altered the Course of History

While it’s natural to focus on battles when studying history, the truth is rarely so black and white. War is won through logistics as much as it is through swords, siege engines, and ships. Perhaps it was not Roman courage that ultimately won the Second Punic War, but a failure of Carthaginian logistics.

Hannibal Barca was undoubtedly a capable general, one of the greatest in history, and he accomplished feats few others have. He crossed the Alps with an army and a large number of war elephants, posing a threat to the eternal city. For fifteen years, he wreaked havoc on Italy.

However, despite his superior battle strategies — as demonstrated at the Battle of Cannae, where as many as 70,000 Romans died in one of the bloodiest battles in Roman history — he was never able to subdue the Romans. The most straightforward answer is logistics — more precisely, food.

Hannibal was never able to fully mount a siege of Rome due to his distance from his power base in Carthage. His supply line was stretched too thin and prone to collapse, forcing him to constantly move his army in order to ravage the countryside and avoid starvation.

The Romans were well aware of this and forced his army to the brink of starvation on numerous occasions. Hannibal always managed to escape, but had he been able to destroy Rome before Scipio threatened Carthage’s territories (and he was eventually summoned to Carthage only to be defeated at the Battle of Zama), modern history would be very different.

Carthage would eventually be destroyed, and in a cruel twist of irony, their crops would be used to fuel the Roman war machine as it grew to dominate the Mediterranean and beyond.

However, by studying their food, we can not only learn a great deal about one of history’s most fascinating cultures, but also see how food, like arms, armor, and allegiances, has the ability to alter the course of history.

Learn Arabic in Tunisia: All What You Need to Know