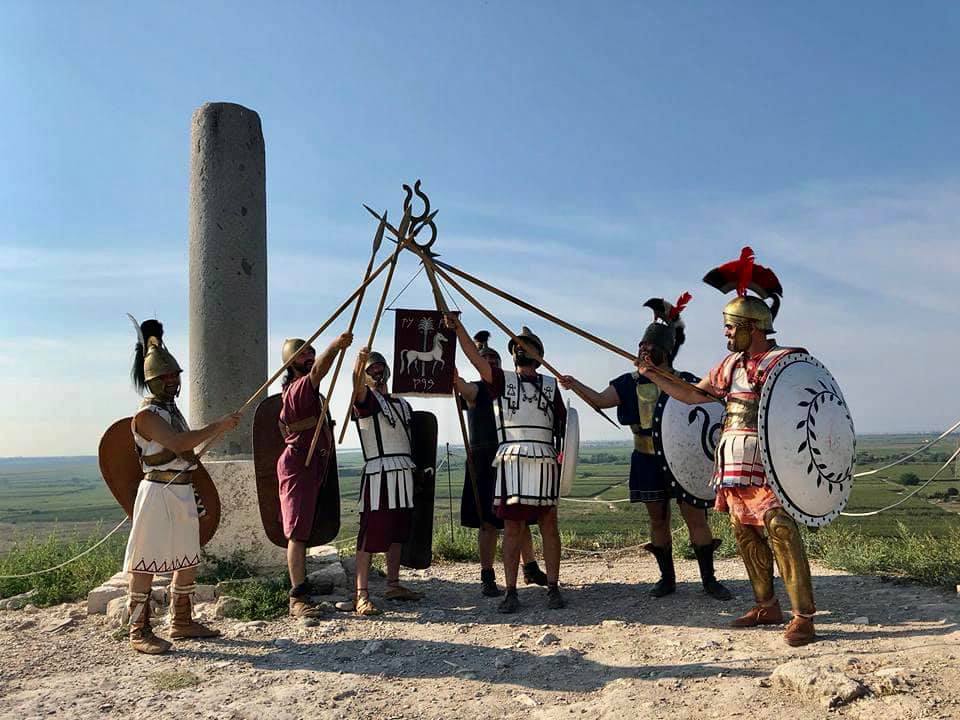 The Battle of Cannae was the third, and most decisive battle of the three major Roman Empire engagements during the Second Punic War. This single event redefined Roman strategy for a generation, and has fascinated generals ever since.

The Battle of Cannae: Hannibal Vs. Rome

If you happened to read about the two other major battles of the second Punic war, the Battle of the Trebia River and the Battle of Lake Trasimene, you most likely have noticed that these were instances where Hannibal clearly outsmarted his opponents.

The Romans noticed this too, but they wouldn’t have called it smarts. They would have called it trickery. They hated trickery. To the Romans, the ideal battle took place on a flat surface, with no obstacles around, where two armies could just come straight at each other and go at it. They had reason to feel this way. They had some of the best heavy infantry in the known world. To them it was all about the strength and grit of head to head fighting, which they excelled at.

After losing two entire armies in what the Romans would have called an unfair fight, they were determined to force a battle on their terms. In order to make this battle truly decisive, the each Consul was given two standard sized armies each. These four combined armies totaled an unprecedented 86,000 men. Just like we’ve seen before, they were mostly heavy infantry, with only 6,400 cavalry.

Suggested Read: Hannibal: The Last Hero of The Free World of Antiquity

As the Romans marched south out to meet Hannibal, they deliberately kept to flat, open land. They knew they had the numerical advantage, and didn’t want to get sucked into another one of Hannibal’s tricks. Hannibal’s casualties from the previous battle had replaced themselves yet again with new Gallic allies coming over to his side after his victory. Gauls now made up a third of his army. In total, he had 50,000 men, consisting of 40,000 infantry and 10,000 cavalry.

Going into the battle, Rome’s strategy was pretty straightforward. Their plan was to break through the centre of the Carthaginian line, and then overpower the two halves of the army with Rome’s superior numbers.

To this end, Rome invested heavily in the centre of their own line. This had the added bonus of limiting their exposure to the elite Carthaginian cavalry on the wings.

The only obvious alternative to this strategy would have had the Romans use their superior numbers to widen their line beyond the point which the Carthaginians could match them. Then, they could have focused in on the Carthaginian wings, rather than the centre.

This is a much more conventional strategy, but the only problem with it is that it leaves the infantry on the wings totally exposed. So instead they decided to attack up the centre. Finally, they were thinking ahead, coming up with a way to mitigate the enemy cavalry. In order to fit even more men in the middle of their line, the Romans formed up in large, narrow columns. Their cavalry was on the wings like normal, but their only job was to shield the infantry. The infantry on the wing’s only job was to shield the infantry in the centre.

According to the plan, the centre was where the battle would be won or lost. The Carthaginian strategy was eerily the opposite of the Roman one.

Hannibal wanted to have a very thin centre, with his elite African and Spanish infantry stacked deep, on the wings. The Romans left 10,000 of their 86,000 men back to guard their camp, with the intent of launching a huge raid against the Carthaginian camp once the battle started. It seems a little overconfident to leave so many men behind, but their thinking was that the Carthaginians were pretty poorly supplied, which meant that a well placed raid could potentially weaken them beyond their ability to fight.

Immediately, the Carthaginian cavalry charged the Romans hard, on the right flank. The Romans were significantly outnumbered and outclassed, and received absolutely no support from the nearby infantry. It was a mess. Apparently somebody mistakenly gave the order to dismount just as the cavalry were closing in, leaving them totally unprepared.

In a matter of minutes the Roman cavalry on the right were killed or driven off. One of the Consuls may have been killed in this initial clash. It was a terrible way to start the battle. It’s worth noting that each of the Consuls were commanding from the cavalry on the wings, and not from a central location behind the infantry.

For some reason. It’s no wonder the Romans were slow to adapt at Trebia, and Trasimene, and here at Cannae. Their Consuls were more interested in playing soldier than commanding the army.

Even Hannibal, here at Cannae, put himself right behind his centre, where his line was thinnest, so that he could quickly move men around if he needed to. According to their own plan the Roman heavy infantry in the centre were key to winning this battle.

Anyway, the Roman horse on the right were in disarray. Then, the Carthaginian infantry advanced. For some reason they formed a convex shape with their line as they advanced. It could have been a mistake, or it could have been a way to exaggerate their weakness of their centre. While this was happening, the cavalry on the Roman left were playing cat and mouse with each other.

However, the Romans didn’t know this, but Hannibal had ordered his centre to deliberately give ground as needed. The Romans thought they were making progress, when actually they were walking into a trap. At this point, the Carthaginians near the river had finished with the last of their opponents.

They turned, and charged all the way across the field to help out their buddies on the other side. The Romans on this side were now outnumbered 3 or 4 to 1, and made a hasty retreat. Meanwhile, the Roman infantry continued to advance right into the Carthaginian line.

The centre continued to slowly fall back, as the wings held strong. Once the entire Roman line was fully committed, the Carthaginian infantry on the wings suddenly pivoted, and charged inward. Simultaneously, the Carthaginian cavalry, free from any opposition, charged the Roman rear.

It was a disaster. The Romans were now being squeezed from all directions, and lost all cohesion. The army was now just a confused mess of humanity, pressed shoulder to shoulder with no room to fight.

The Carthaginians on the other hand, only lost 8,000, total. This cannot overstate how significant this loss was. It should have brought the state to its knees. There are estimates that Rome lost 20% of its adult male population in one day.

To put that in context, in World War 1 Germany lost 6% of its adult male population over a 4 year period. It’s so awful, it’s hard to imagine how they dealt with the loss. Yet somehow, miraculously, they carried on.

Even more miraculously, after 13 long, hard years, Rome would actually win the war. That makes Cannae both a testament to Hannibal’s genius, but also to Rome’s cultural tenacity. There are very few states in world history that would have continued to demand an unconditional surrender after such a loss.

Cannae also speaks to the limits of military power. Even after so many victories, Carthage couldn’t project enough power to occupy captured territory, or take the Roman capital. In that respect, so long as his state didn’t back him up, there was a hard limit on what Hannibal could accomplish.

On the Causalities at Cannae

The casualty figures for the battle of Cannae were staggering and would not be matched until WWI, over 2000 years later: over 75,000 men lost their lives that fateful August 2 of 216 BCE.

This outcome was terrible, not only for the Romans but for Hannibal himself. He was a cultivated man, the product of Carthaginian-Hellenistic education, and not a blood-thirsty barbarian. He fought to defend his home city-state, not to exterminate the Romans.

Ironically, by raising a super-army to annihilate Hannibal, the Romans created a situation where the only way to prevail against their overwhelming 2 to 1 superiority was a battle of annihilation. It is highly unlikely that Hannibal rejoiced at the sight of a battlefield covered by over 70,000 bodies. With great heaviness of heart, he knew the outcome had been necessary but he also deplored that it had been so.

A Unique Pizza with a Taste of Tunisia: Harissa Infused Veggie Pizza

The Great Mosque of Ez-Zitouna — Tunis’...