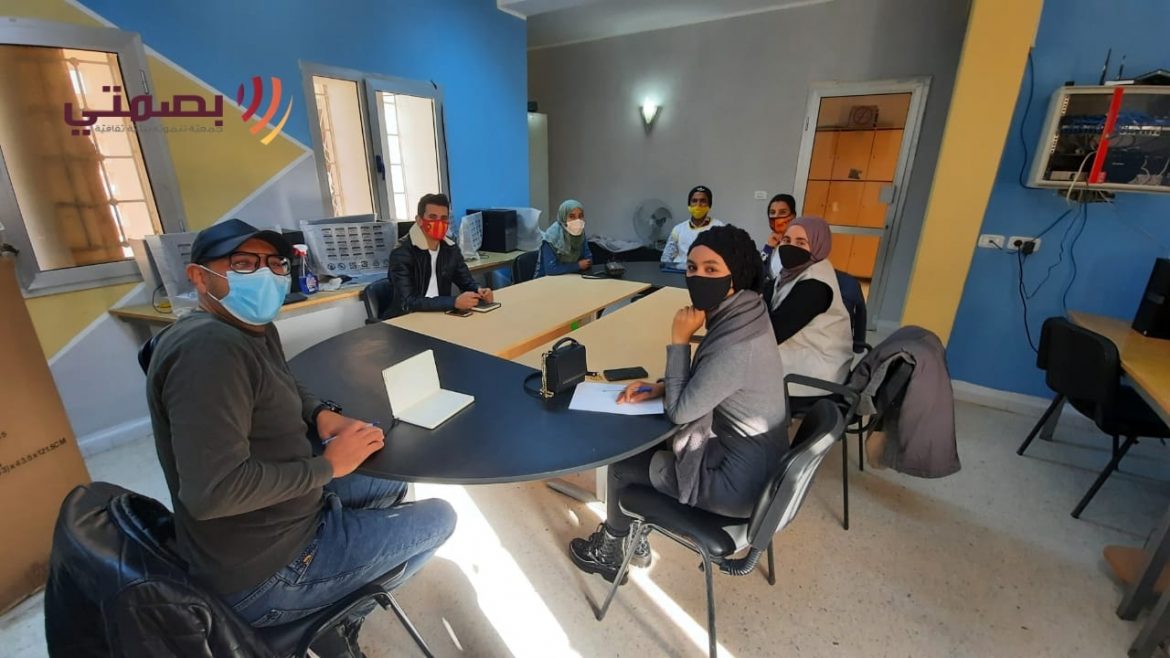 Basmati initiative: A local campaign in Gabes that celebrates humanity at its finest – Hats off to people who contributed their lives to helping others.

As the world continues to fight the COVID-19 pandemic and all its hardships, some people are devoting their time and money to offer a helping hand for those in need.

“Take it if you feel cold”. A simple message that hides a lot of care and empathy behind it; This was written on paper, hanged on street poles, accompanied by a coat.

A coat for those who do not have a shelter or clothes to keep them warm in these chilly days.

The Campaign was organized by a Tunisian organization called “Basmati”. Founded in July 2nd, 2019, by a group of dedicated youth who are willing to make a change in their region.

I was lucky to reach their Coordinator Aladin Moussi to give me more details about this humanitarian act.

The idea was suggested by the vice president Aziz Rhouma, and developed by the whole team of “Basmati”:

A campaign under the name of “Aan Insen” (i.e. About a Human), that invited people in Gabes to donate coats, which could make a change in someone’s life, no matter how minor it is.

“The sole meaning of life is to serve humanity”- Leo Tolstoy.

I believe this was the aim behind this venerable act, which inspired other regions to follow in their footsteps.

“A woman from Gassrine contacted us and asked for our help to carry out the campaign in her region.” Revealed Aladin.

Thanks to “Basmati”, this living-example of the Giving Culture is growing all around the country. In fact, the campaign has created a positive debate on media and newspapers.

It has gone viral on social media as being a new creative idea that spreads love and care among Tunisians.

“We wanted to target “NAS al Hit” (i.e. Wall People),” said Aladin, “People of Right” (i.e. Nas el Haq); those who live on the streets and feel ashamed to ask for help. We did not want any attention, we just wanted to help those souls without making them feel like they are less of a person”.

I got really emotional while interviewing Aladin. The amount of compassion and thoughtfulness was incredible. Acts like these give me faith in humanity, especially during these hard times.

When I asked him, what was the message he wanted to convey through this campaign, he gave the following answer:

”The goal behind this act is not charity, it is rather to spread the Giving Culture and to encourage Youth to be active members in civic society.”

To sum up, I want to pay tribute to modern-day idols who have consecrated their lives to helping others in the direst of circumstances.