A Place for LGBTQ Rights in Tunisia?7 min read 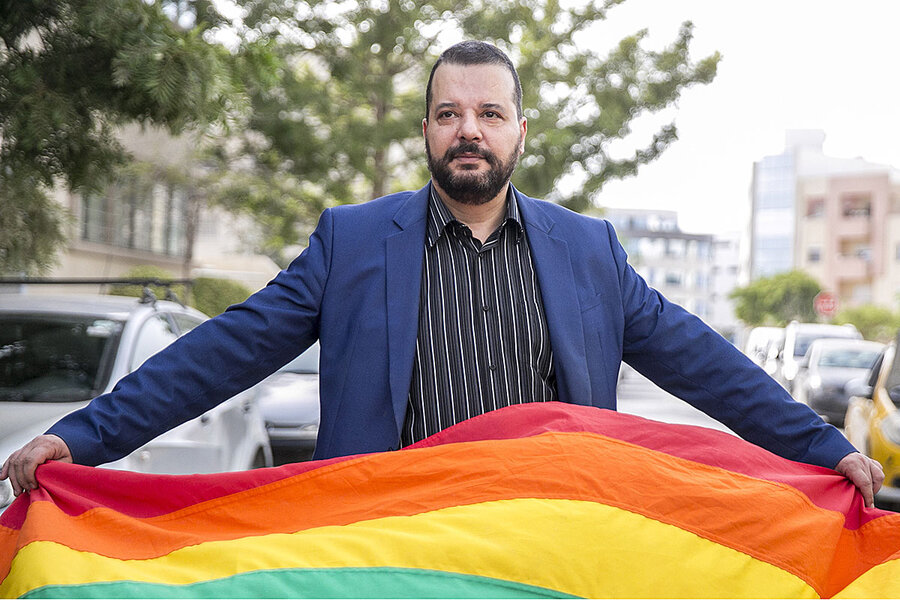 Tunisia is the only country along the southern coast of the Mediterranean that has legalized LGBT rights associations. Yet the state continues to send men under article 230 of the penal code to prison for up to three years for sodomy.

More than two years have passed since Mounir Baatour, the first openly gay presidential candidate in Tunisia, announced his candidacy in August 2019. He wanted to be the Arab world’s and the modern world’s first openly gay head of state, but things did not go as he had planned. He left the country a month after the campaign because he was receiving death threats from Islamist parties in Tunisia.

Because I was threatened, my house and office were placed under police custody. When he contacted Newlines by phone, he learned that the police had planned to murder him. As long as the government in Tunisia is influenced by Islamist radicals, I will never return to that country.

While Baatour has become a powerful advocate for LGBTQ activists, the LGBTQ experience is not defined solely by gender and sexual identity. Regional governments vary in their disregard for human rights, especially those of the LGBTQ community, and some governments are helping to spread anti-LGBTQ sentiment by promoting policies and persecuting the LGBTQ community, often inspiring abuse and murder.

Baatour didn’t mind making such a public statement on LGBTQ rights because of his desire to help others. His presidential campaign is his means to encourage all 26 of the presidential candidates to discuss LGBTQ rights, according to him.

He went on to say, “This was a success as it allowed the public to get acquainted with the gay rights’ campaign’s supporters. Seventeen of the 26 candidates voiced their thoughts on the LGBTQ community, some expressing opposition and others offering support.

Baatour continues to advocate for Tunisian LGBTQ rights from his sanctuary in France, where he is a political refugee who works as a lawyer. In collaboration with various human rights organizations, he is seeking to document human rights violations against the LGBTQ community in Tunisia.

Data collected by LGBT rights groups showed that over 120 people were arrested on the basis of their sexual orientation in 2019. Rabbi Baatour said, “The residents of the community experience sexual assaults on a daily basis,” adding that he was incarcerated for three months for sodomy in 2013.

Human Rights Watch is currently involved in documenting the mass arrests of gay and transgender activists in Tunisia. Human Rights Watch’s Rasha Younes, an LGBTQ rights researcher, commented to New Lines: “We have seen that the government strengthened restrictions around LGBT organizing. As the number of arbitrary arrests for being LGBTQ increased, it was done so under the pretense of causing damage to public property and restricting freedom of assembly.

Many times, civil society was able to help advance LGBTQ rights in Lebanon and Tunisia, but security forces and other security ministries, as well as judicial systems in those countries, did not comply with these advances, according to Younes.

In this case, an attack on LGBT issues is arbitrary because you really have no idea where it’s coming from.

According to a survey conducted by BBC News Arabic in 2019, only 7% of people in Tunisia accept homosexuality. However, the current Tunisian regime is influencing LGBTQ advocacy in Tunisia, even though Islamist political parties are a part of it, says Baatour.

By studying the Tunisian and Lebanese experiences, a lot of knowledge could be gained, but in the end, it all comes down to creating a unified civil society, using advocacy, press freedom, and laws to protect the community’s rights, according to the Arab LGBTQ community.

Jails in Tunisia must help people in the country realize that gender identity and sexual orientation cannot be changed while incarcerated.

Before a section on Tunisia’s LGBTQ community was included in the overall section on the state of the LGBTQ movement around the world, Baatour worked with advocates to push for the abolition of Article 230, which punishes homosexuality for up to three years in prison. Jail doesn’t alter sexual identity or orientation in Tunisia, he explained. Many people believe that if someone is in prison for three years, they will not have reverted to their heterosexual orientation.

Despite the fact that the state failed to protect LGBTQ rights in Tunisia, queer activists say that thanks to local nongovernmental organizations, women’s movements, and dialogues with different political parties, some sense of togetherness and community does remain.

Activism is less common in countries that are more conservative in the region.

Tunisia’s online community, despite the crackdown, has taken up the cause of raising awareness about the gay community. “Beginning in 2013, and continuing to this day, Tunisia’s attitude toward gay rights began to improve slightly as a result of the growing online initiatives calling for change,” Aymen explained.

Tunisian LGBTQ activists were successful in establishing open dialogues with a variety of political parties, including the leftist-leaning Front Populaire (or Tunisian Popular Front), which advocates for the repeal of Article 230.

According to Baatour, who is also the president of the Tunisian LGBTQ rights group Shams – Pour la Dépénalisation de L’homosexualité en Tunisie (Shams – for the Decriminalization of Homosexuality in Tunisia), women’s movements in the country, including the Tunisian Association of Democratic Women, “were on the frontlines” when it came to advocating for LGBTQ rights and repealing Article 230.

“Great efforts are being made within the community, where LGBTQ people have become more aware of their rights and accepting of their sexualities as they appeal to the media, lawyers, and medical community for support,” said Karam Aouini, communication officer for Tunisia’s LGBTQ rights group Mawjoudin (We Exist).

However, according to Aouini, Tunisia’s queer community continues to face social rejection and is burdened by a bureaucratic government and homophobic politicians.

According to Baatour, a number of LGBTQ rights organizations, including Shams, have requested an official meeting with Rachid Ghannouchi, president and co-founder of Tunisia’s Ennahda Movement, the Muslim Democratic Political party.

“When Ghannouchi refused to meet with us and refused to engage in any type of dialogue about LGBTQ rights, the party took a more aggressive stance toward the community, declaring in various local media outlets that homosexuality is a crime and a sin and that gay people should be imprisoned,” Baatour said.

Despite the Tunisian government’s disappointing stance, advocacy groups such as Mawjoudin and Shams are critical in protecting the LGBTQ community. Lebanon and Tunisia both set an example of unity through their rights groups and non-governmental organizations (NGOs) advocating for LGBTQ rights, which are uncommon in other Arab countries.

Meanwhile, Tunisian NGOs are combating online hate speech by partnering with feminist organizations where women play a critical role in establishing safe spaces for the community by providing information on HIV testing, employment resources, and legal and financial services.